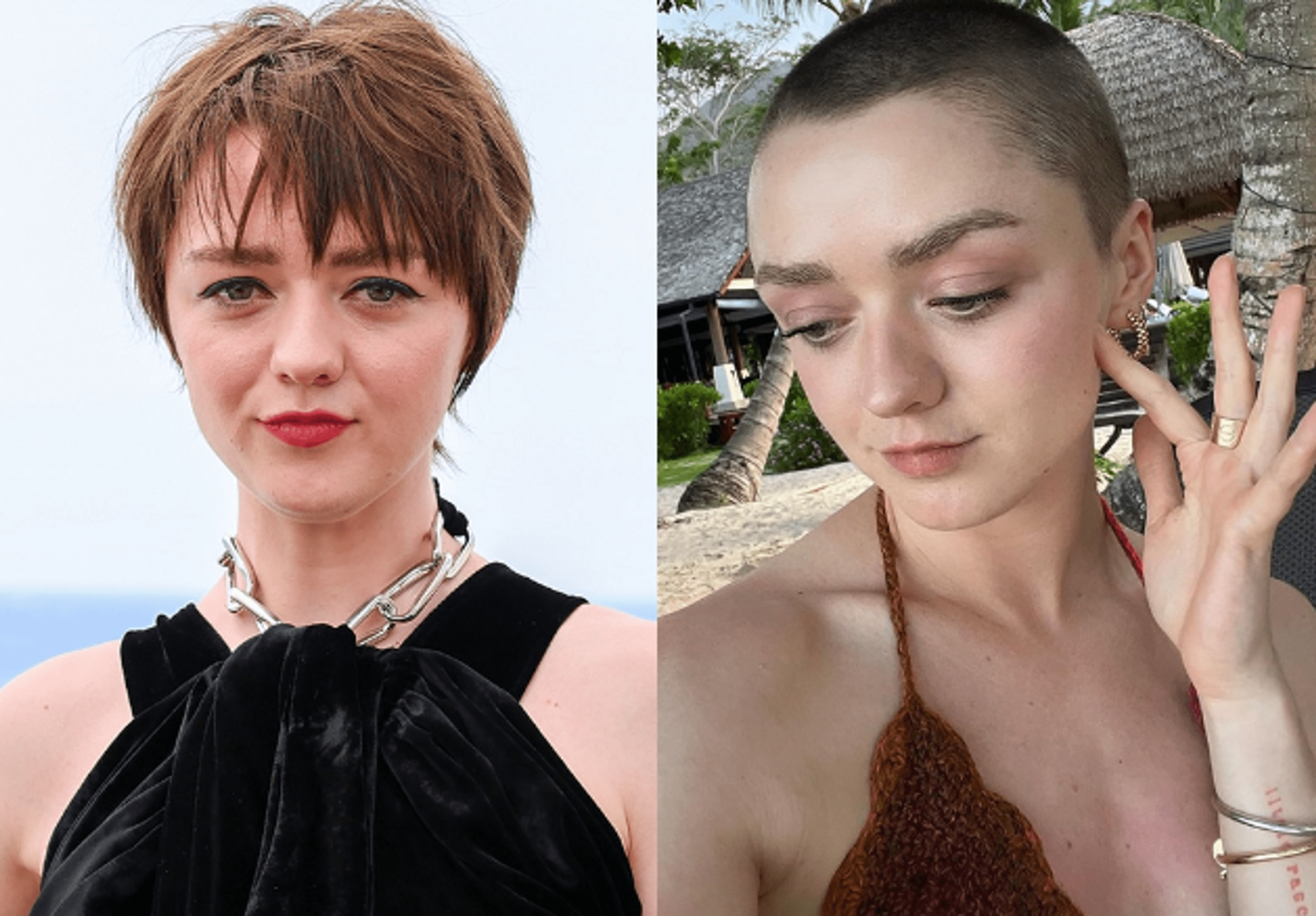 The “Game of Thrones” actor Maisie Williams is skilled at surprising with both her brilliant roles and changes in appearance.

She drastically altered her appearance once more, this time thanks to a short haircut. The short-haired pictures have the description, “Washing my hair with face wash.”

In the comments, Iris Lowe, who shaved her head as well last summer, has already praised Maisie’s decision. A fan remarked that the actress has a great head shape as crowds of friends and admirers praised the actress’s surprise change.

Williams has certainly pushed the envelope, albeit this may be one of her most daring looks. The 25-year-old actress dyed her hair and eyebrows a platinum hue earlier this year in preparation for a role in the Sex Pistols television series.

In 2019, Maisie finished playing Arya Stark, and soon after, she took a break from the character by dying her dark hair a fiery pink. At the time, she commented, “I love it; it’s a whole new me.

Given that her lover Reuben Selby wears the exact same haircut, her fashionable choice may have developed into a way for her to show him her devotion.

Since they have been together for three years, the couple frequently opts for similar looks, such as matching makeup or coordinated ensembles during Paris Fashion Week. As a result, they now undoubtedly have a lot more creative freedom because they are a fantastic match.

Many more friends and admirers also expressed their love for the appearance, with one saying, “You have a gorgeous shaped bonce!”

Others said, “Oh, she’s cute,” or “Queen! “Wow, the buzz cut looks wonderful on you,” and “I wasn’t ready.” Williams has a history of pushing the envelope, even if this may be one of her most significant moves yet.