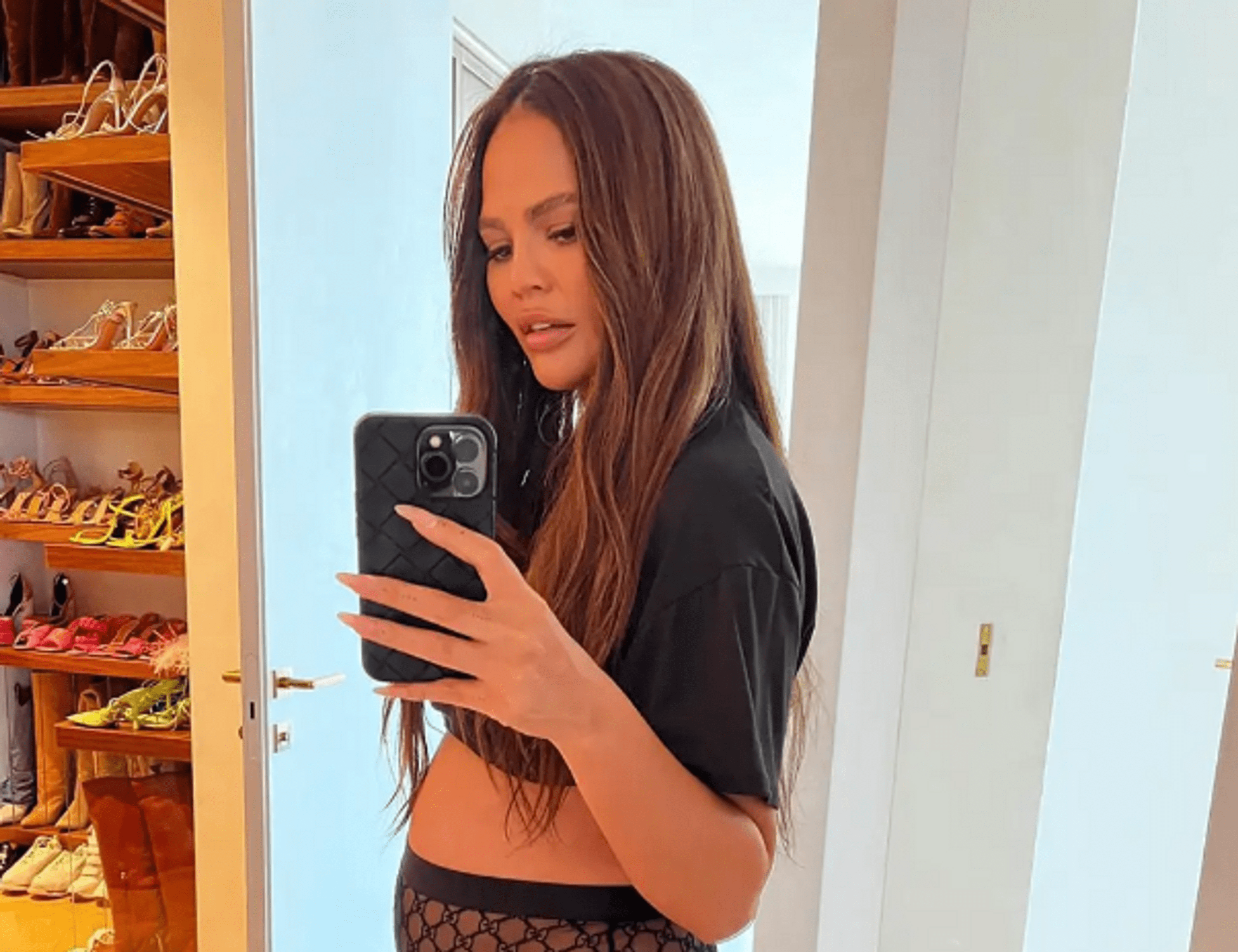 The couple of Chrissy Teigen and John Legend is one of the most successful in international show business. They already had two kids, and the model recently shared the happy news with her fans that she was planning to have a third child. And, it would appear, not without IVF.

Chrissy uploaded a risky photo of herself posing in high-waisted translucent Gucci underwear on her blog. The model’s black T-shirt, which she pushed up, went well with her casual attire.

“Over the past few years, we have experienced a wide range of emotions, but joy has recently returned to our home and hearts. We are having another baby after a billion injections.

I almost always considered talking about it, but I quickly realised that I was still too anxious, the model acknowledged in the caption of the picture.

Supporters started congratulating Chrissy and John. Recall that Teigen lost her baby at the 20th week of her pregnancy two years ago. She also disclosed that she was undergoing an IVF operation in February 2022.

In September 2020, after Teigen was taken to the hospital due to severe bleeding, the couple lost their third child, Jack.

They were unsuccessful in saving their infant “despite bags and bags of blood transfusions,” Teigen said in a sad Instagram post shortly after.

The mother of two stated, “We are startled and in the kind of deep pain you only hear about, the kind of pain we’ve never felt before.

“To our Jack: I’m so sorry that your early years were filled with so many difficulties that we were unable to provide you with the shelter you required to survive. We shall cherish you forever. Luna, age 6, and Miles, age 4, are already shared by Teigen and Legend.