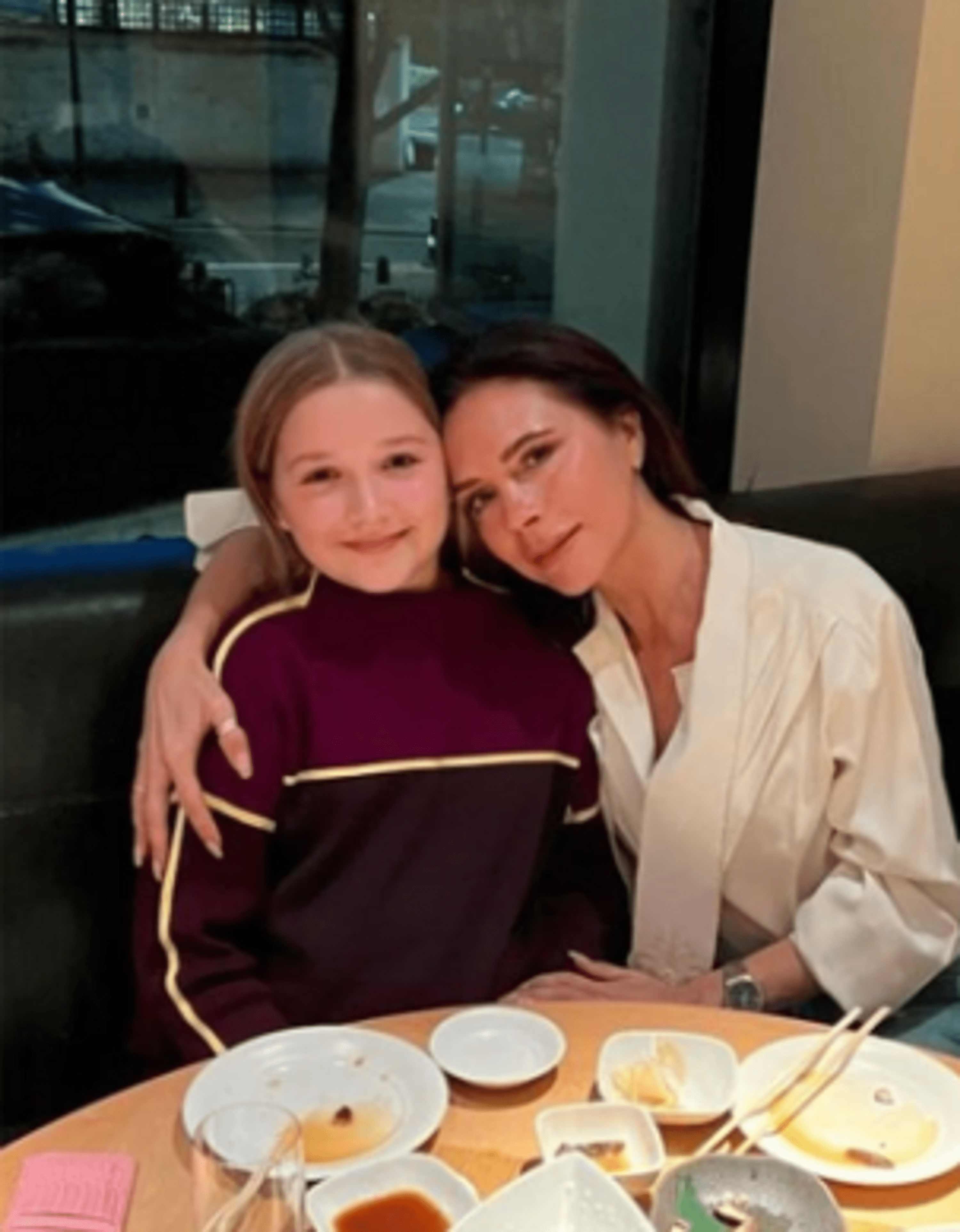 Victoria Beckham told Australian Vogue that her 10-year-old daughter Harper criticized her for the too-short skirts she wore during the Spice Girls days. The Daily Mail writes about it.

Victoria Beckham admitted that her husband and daughter love to make fun of her iconic images from the time of the Spice Girls. She added that David and Harper felt that the fashion at that time was too bold.

According to Beckham, her daughter once told her: “Mommy, I saw your pictures when you were in the Spice Girls, and your skirts were simply unacceptable. They were too short.”

Victoria asked her daughter if she would ever wear such skirts, to which Harper replied: “Definitely not.”

According to Victoria Beckham, her daughter Harper is “not the kind of kid who only goes outside in full dress.” At the same time, she admitted that she was worried about her daughter because now she is starting a transitional age.

Earlier, It was said that the newlyweds Beckham and Peltz celebrate their honeymoon with wine. Brooklyn Beckham and Nicola Peltz honeymoon in Saint-Tropez, where they dine at sumptuous seafood restaurants and drink £4,000 a bottle of wine. It is reported by DailyMail.

Earlier this week, Brooklyn Beckham and Nicola Peltz traveled to Saint-Tropez for their honeymoon. The newlyweds regularly share photos of their luxurious vacations with subscribers.

The other day, the couple dined at the beachfront restaurant Club 55, where they ate seafood and washed it down with 2006 Chateau Margaux wine, which costs more than £4,000 a bottle.

Brooklyn Beckham and Nicola Peltz got married in April 2022. The lavish wedding took place at the Peltz family estate in Palm Beach and cost the newlyweds £3 million.

Victoria and her husband, David, 47, said they cared for their four children and found it difficult to step into the public eye.