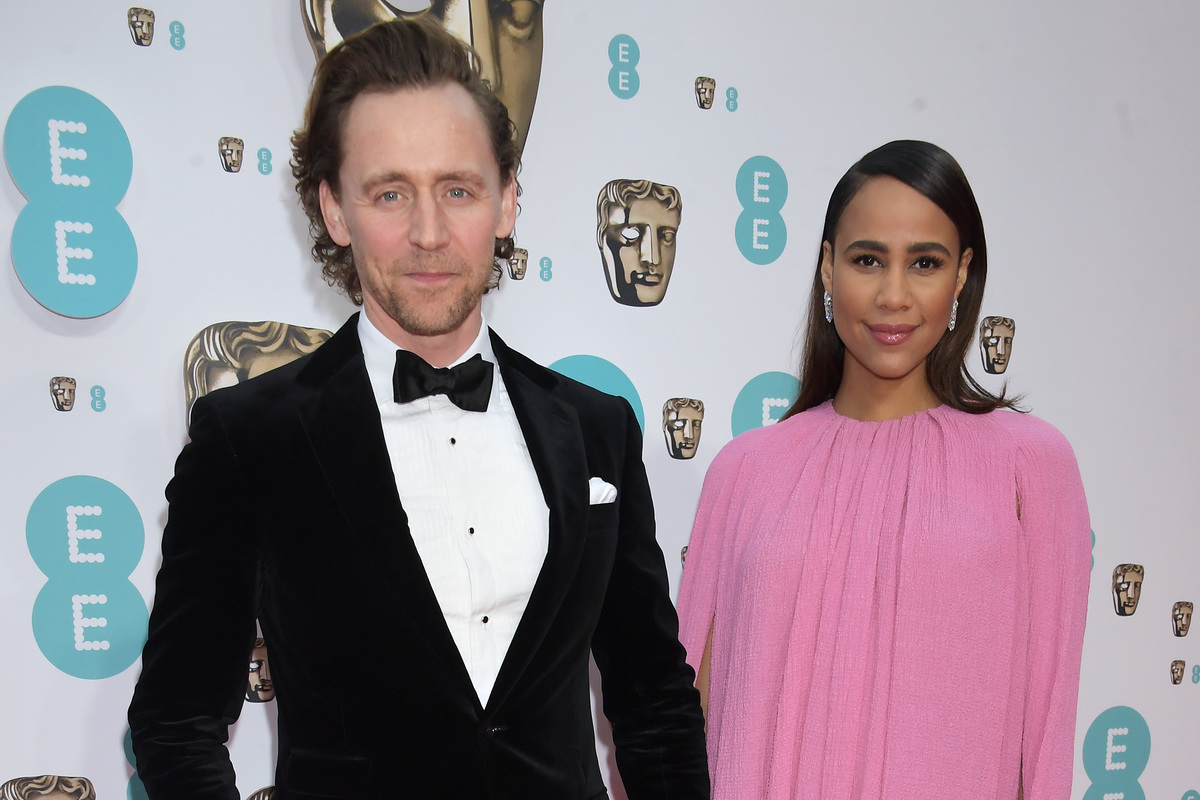 One of the Marvel Cinematic Universe’s most fan-favorite actors, Tom Hiddleston, AKA Loki, is about to be burdened with the most glorious purpose of all; Hiddleston and Zawe Ashton are expecting their first baby!

The news of Hiddleston, 41, and Ashton, 37, expecting their first baby broke out when Zawe displayed her baby bump in public for the first time on the premiere of  “Mr. Malcolm’s List,” and the press went absolutely crazy.

The news of the couple’s engagement hadn’t even settled in with the press and the fans yet and they decided to drop another bomb in the shape of the baby bump that Zawe displayed while wearing a breathtaking beige floor-length gown by Sabina Bilenko Couture.

Tom Hiddleston was not by Ashton’s side at the event but there is no doubt in anyone’s mind that wherever he is, he is ecstatic at this new beginning in his life.

Zawe Ashton attended the event with co-stars Theo James, Freida Pinto, Ṣọpẹ́ Dìrísù, and Sianad Gregory. The movie is a period piece in which Ashton stars as Julia Thistlewaite, a character who is screwed over by the character of Mr. Malcolm, the most eligible bachelor around and Julia then plots her revenge against Mr. Malcolm.

A source close to the couple had previously said that the two talented actors are over their honeymoon phase and are looking to take a serious turn in their relationship and build a future together. That is very much clear now, from the engagement announcement and the baby bump news.

The dating rumors were confirmed when the couple was spotted together on the red carpet of the Tony Awards 2021.

Things really started to get serious when several people noticed Zawe wearing a ring on her ring finger at the BAFTA Awards in 2022 and only recently, Hiddleston confirmed that the couple had gotten engaged a month ago stating, “I’m very happy.”

Fans couldn’t be happier for the couple and best wishes are pouring in from every direction.