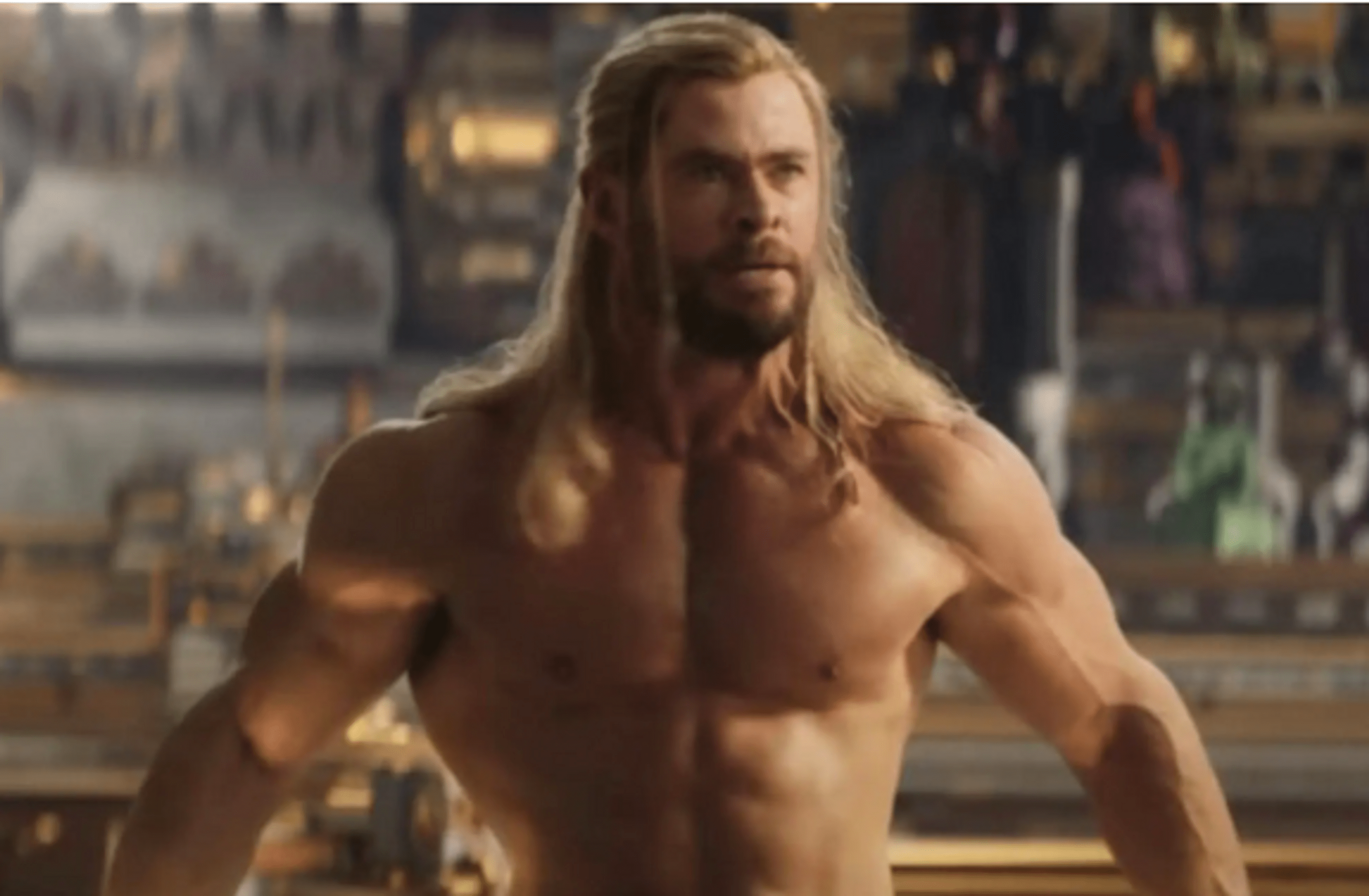 Few people know what work and experiences are accompanied by shooting nude scenes because even the beloved brave Thor is “a little uncomfortable” at the same time.

Chris Hemsworth had revealed that it was Russell Crowe who comforted him during this difficult period when he was forced to shed his clothes at one point for Thor: Love and Thunder.

“He did a wonderful thing when he also stripped to the waist. It helped me feel calm,” Hemsworth joked.

The Australian actor appeared on The Project with Thor director Taika Waititi to discuss the latest adventures of God from Norse mythology.

As it turned out, Chris had been waiting for such a revelation ten years ago, since the start of filming the franchise.

“This scene has been prepared for ten years; it was my dream.

The first time I played Thor, I took off my shirt and thought, ‘You know what’s going to be the best part because ten years from now it’s all going to be filmed,'” Hemsworth recently told Variety magazine.

Of course, Waititi couldn’t resist commenting as he wanted Hemsworth to be able to show the world his incredible physique.

“I think we’ve all talked about it. All my thoughts were that Chris is working so hard on himself that he should show off his results.

You don’t have to cover him with all those suits and capes and stuff; it’s not fair! “, – said the director.

Natalie Portman also had the opportunity to surprise everyone with her physical transformation for the film, as she was asked to put on some weight. Such an unusual experiment helped the actress change her attitude.

“In Black Swan, I was asked to be as small as possible. Here I was asked to get better. This is an amazing challenge and also a state of mind for every woman.