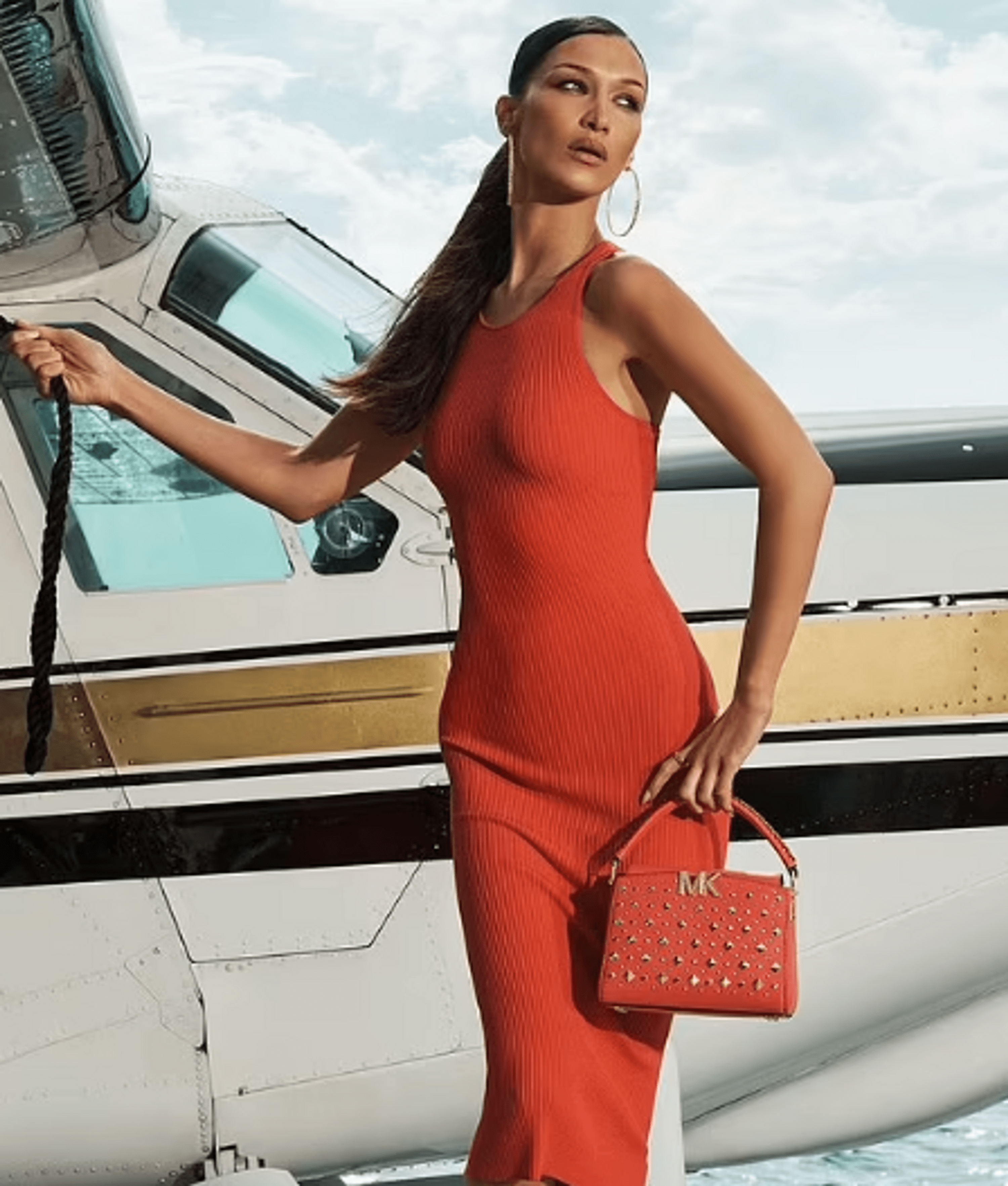 Michael Kors enjoys having Bella Hadid display his designs. So the top model debuted a swimwear collection, clothing, and accessories for the upcoming season. It was decided to conduct the shooting on a yacht to mimic the ambiance of an opulent summer getaway.

At that moment, the owners of every watercraft seized their heads as Bella paced in high-heeled sandals on the deck, sunbathed, and struck a stunning pose.

The 25-year-old model displayed a white-printed dress, a tight-fitting orange dress made of thin knitwear, and a black bikini. It came up looking extremely summery.

In May, Kors published a photo of the model in a bikini on their Instagram page with the caption, “Some like it Haute.”

The stunning woman also uploaded a photo of herself wearing a floral-patterned white summer dress and matching white heels.

The stylish salmon pink purse she slung over her shoulder gave the outfit a splash of color. Bella also added glitter to the outfit with gold bangles and large hoop earrings.

Another breathtaking image of her featured her holding a matching orange studded purse from the company while standing in a figure-hugging orange outfit.

She also strutted her stuff while sporting a nude lip and a bronzed, dewy makeup look. Additionally, she posted behind-the-scenes pictures of herself and fellow model Alton Mason, 24, relaxing on a yacht and making a heart with their hands.

In another shirtless photo, Alton displayed his incredible muscles while posing in front of the stunning seaside view.

Bella could be seen unwinding on a yacht in yet another image taken from above.

‘Jet, set, glam,’ the company’s official Twitter account wrote in response to the images, along with a black heart emoji.

In addition to her campaign, Bella has been busy with other projects. She recently joined the metaverse with the release of the NFT [Non-Fungible Tokens] collection CY-B3LLA, which includes artworks created using 3D scans of her body.