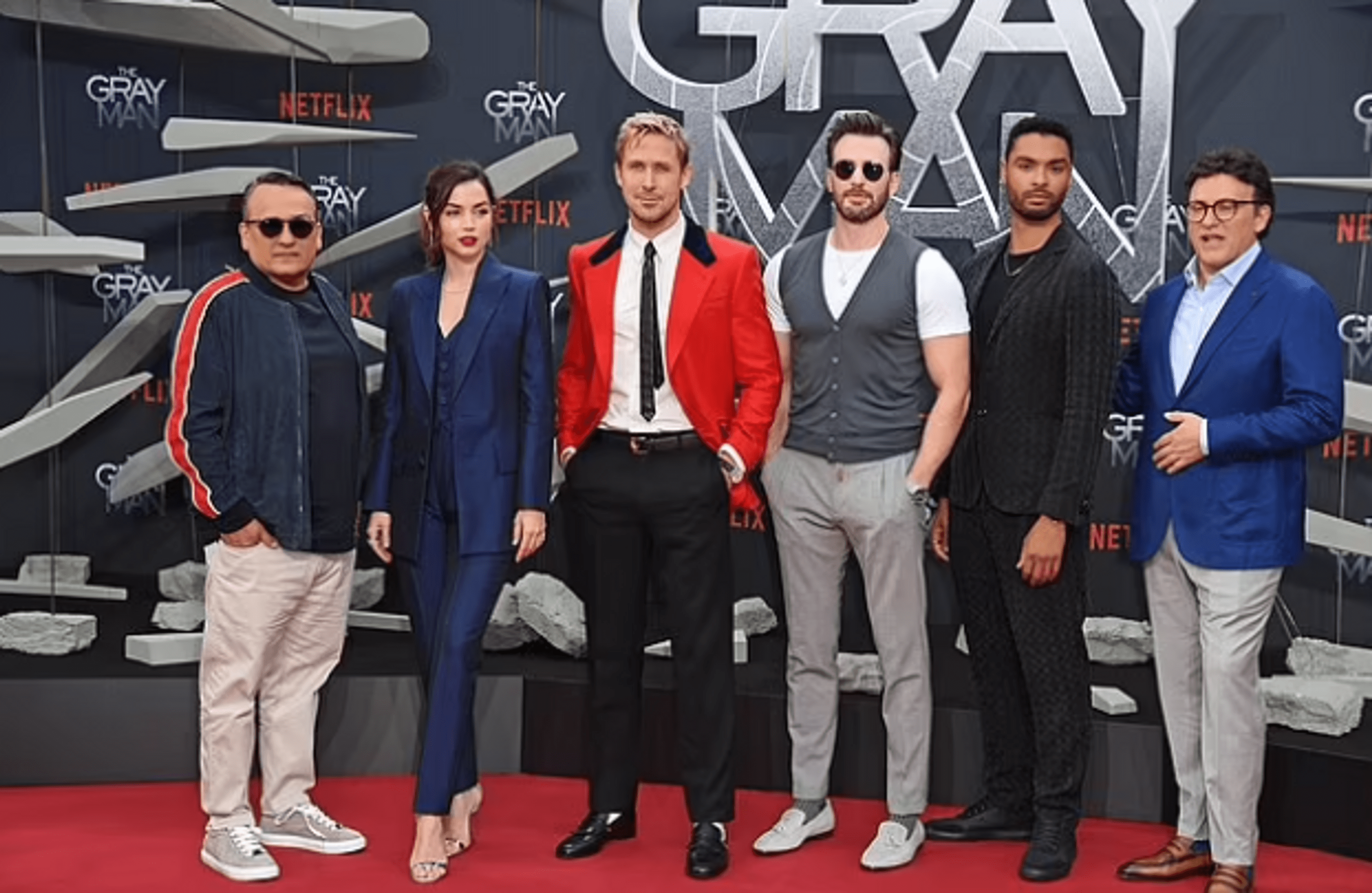 The Gray Man, an action film directed by Anthony and Joe Russo and commissioned by the Netflix streaming service, had its high-profile debut on Monday in Berlin. At the Zoo Palast theatre, major celebrities gathered on the red carpet.

The launch of Netflix’s most costly action film featured Chris Evans and other celebrities. The female protagonist, 34-year-old Cuban Ana de Armas, who will soon be playing Marilyn Monroe in the movie “Blonde,” attended the photocall wearing a Louis Vuitton three-piece suit and chic silver shoes accessorized with opulent diamond and sapphire jewelry.

The main character of the action film, a secret agent saving his daughters, was played by Ryan Gosling, 41, who wore a combination of a red jacket and black trousers, a white shirt and tie, and black loafers over white socks to leave the theatre.

Chris Evans, 41, wore a severe ensemble to match his role as the movie’s “bad guy”: grey pants, a white T-shirt, a dark grey vest, a pendant on a chain, and chic aviator spectacles.

The stars of The Bridgertons’ first season Régay-Jean Page and other actors from the movie, together with the attendees of the event, all walked the red carpet. The film, whose production set a new record for Netflix at $200 million, will debut on the service on July 22.

The roles have now been reversed, and Six is chased from across the globe by Lloyd Hansen, a former CIA coworker who will do anything to kill him. Agent Dani Miranda will defend him. He’ll require it.

The movie, which Joe and Anthony Russo are directing, is a remake of the Mark Greaney book series.

The Gray Man, which cost $200 million to produce, will be shown in a few UK/US theatres this Friday before becoming live on Netflix on July 22.