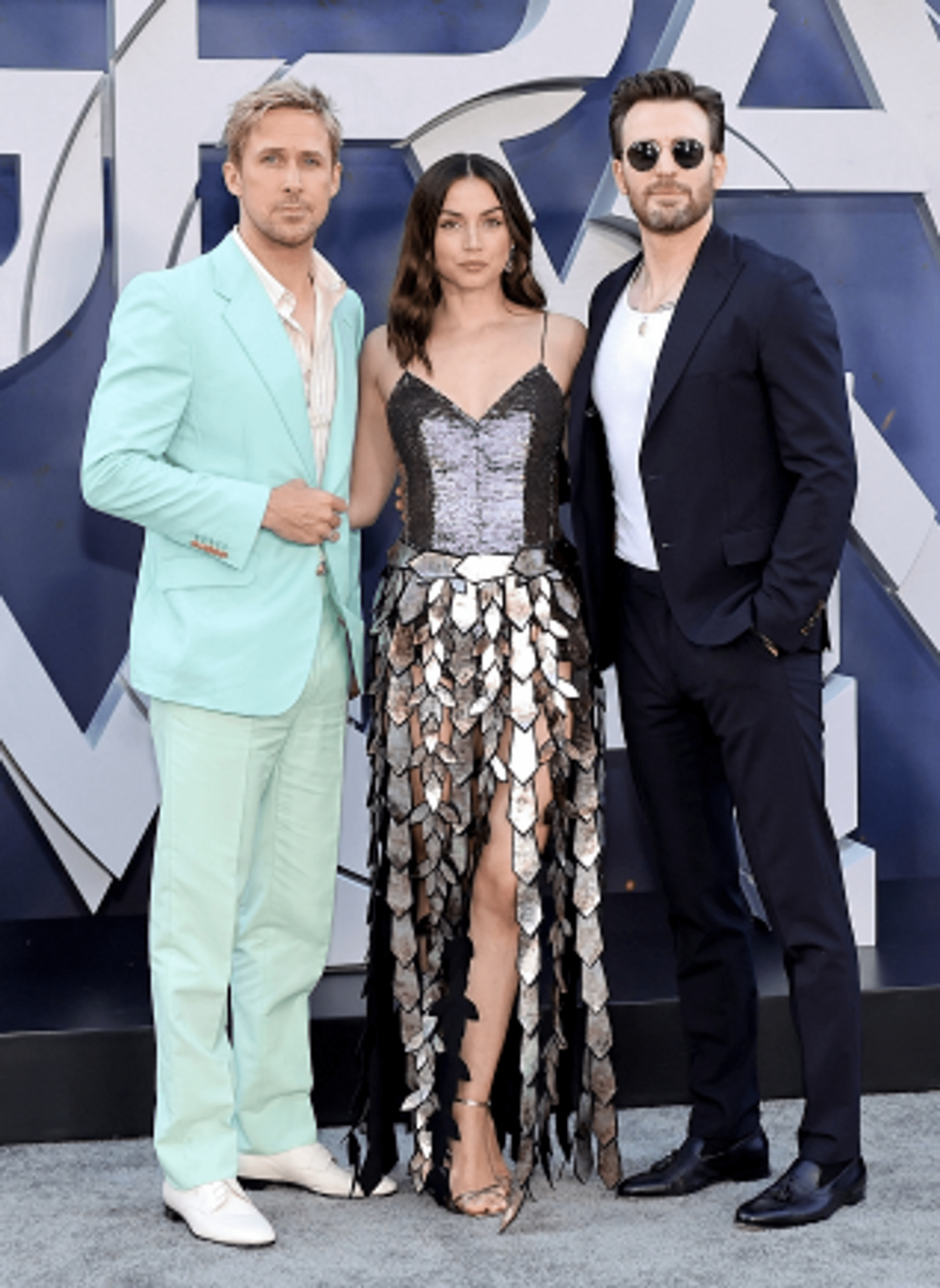 Last Wednesday in Los Angeles, the high-profile premiere of the action movie “The Gray Man,” filmed by Anthony and Joe Russo, and commissioned by the streaming platform Netflix, took place in Los Angeles. The red carpet at the TCL Chinese Theater brought together stars of the first magnitude.

The female lead, 34-year-old Cuban actress Ana de Armas, went to the photocall in a dazzling Louis Vuitton dress with a corset bodice with thin straps and a chain mail skirt from a cascade of silver “scales” that revealed her slender legs.

The movie star, who we will soon see in the role of Marilyn Monroe in the film “Blonde,” complemented her brilliant outfit with silver stiletto sandals, leaving only large earrings and a few rings from the jewelry.

41-year-old Chris Evans chose a brutal blow for the red carpet to match the image of the “bad guy” he played in the film: tight black trousers, a white T-shirt that reveals tattoos on his chest, a blue jacket, and stylish aviator glasses.

Ryan Gosling, 41, who played the central character in the action movie, a secret agent rescuing his daughters, brought charm to the photocall in the style of a Barbie doll’s friend, Ken, who is currently filming, choosing a pair of blazer and trousers in mint tones, white shirt and leather shoes of the same color.

The Gray Man is based on a novel by Mark Greaney of the same name. The film follows Court Gantry (Gosling), a CIA operative victimized by his former partner, Lloyd Hansen (Evans).

The red carpet was attended by other actors in the film, including Billy Bob Thornton and the star of the first season of the series “Bridgerton” Rege-Jean Page, as well as guests of the event.

The blockbuster, which cost Netflix a record $200 million to produce, will hit the platform on July 22.