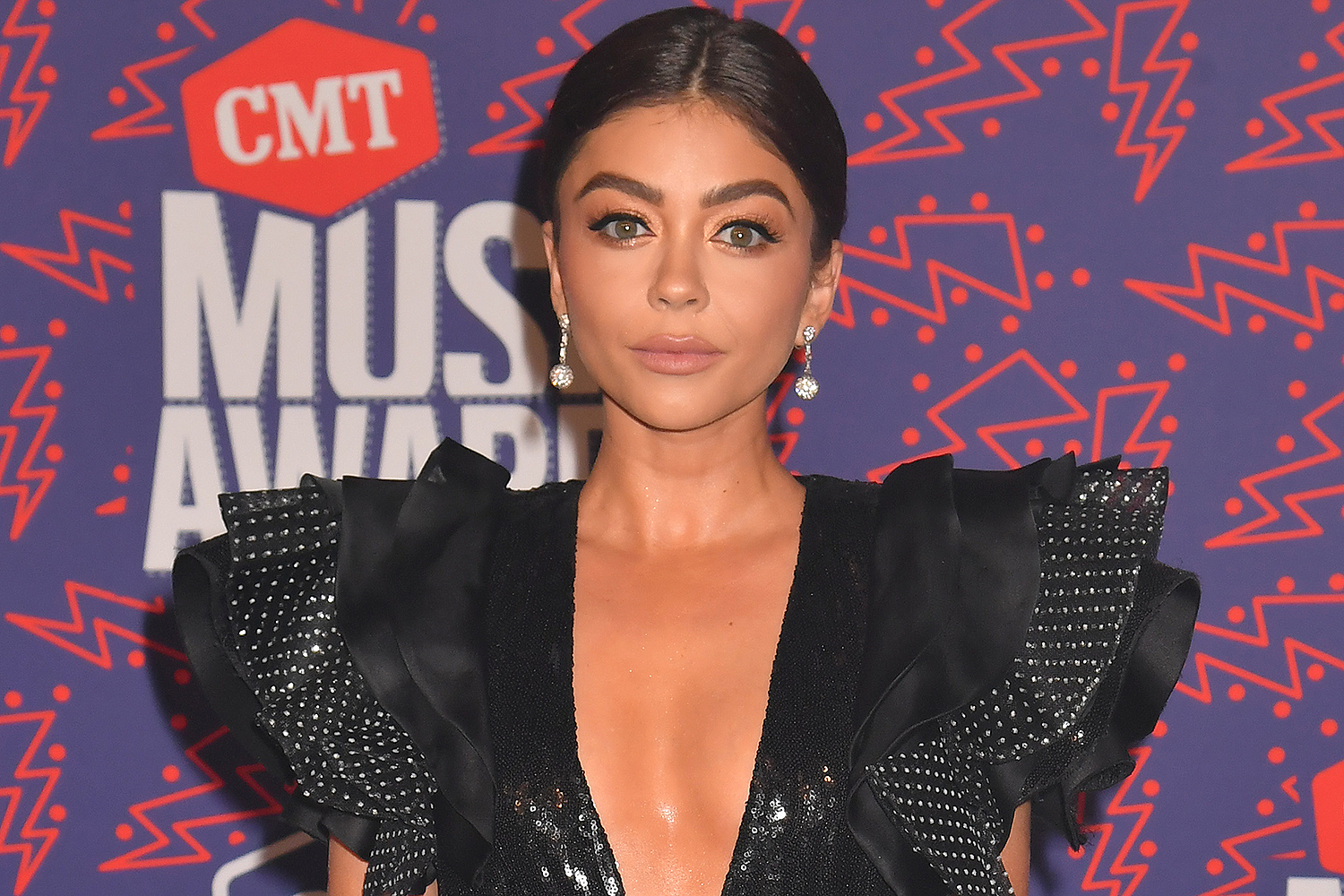 Sarah Hyland was a big part of the show “Modern Family” and has been one of the rising actresses in the last few years. She’s had many appearances in multiple movies and shows and fans adore her. She’s incredibly beautiful and talented and thus fans are inspired by how she keeps herself going.

In a recent Instagram post, Sarah showed herself wearing a revealing brown bikini on a yacht with a great blue sea in the backdrop. In the picture, she’s just basking in the sun and looking gorgeous. To accessorize, she has on some dangly earrings and a golden necklace with a beautiful and shiny mid-section ornament. Her curly hair has been covered with a straw hat that she was holding with her left hand to prevent the wind from flying it away.

She also had on a pair of dark sunglasses as she basked in the sun. Her bikini was extra sexy as the tiny brown connected triangles left little to the imagination. She also had matching inverted triangle bottoms as her skin glowed under the sun in a beautiful bronze color. In her right hand, she had a half-filled glass of wine as she excitedly mentioned her new gig to her fans.

The caption of the picture was “I got a text!!!! And it’s a juicy one! I can’t wait to be your new host of @loveislandusa” while using hashtags like #hostesswiththemostess and #loveisabeach while also giving a special tag to Peacock Tv.

Fans are excited to see Sarah host Love Island which will air its new season on July 19. Naturally, fans left an array of positive comments and support on Sarah’s post. The show was originally displayed on the CBS network however it had moved to Peacock Tv due to its explicit nature.

Fans are extremely happy with Sarah’s progress in life and are excited to watch her host. Fans have always loved Sarah and they believe she will be perfect for the job.