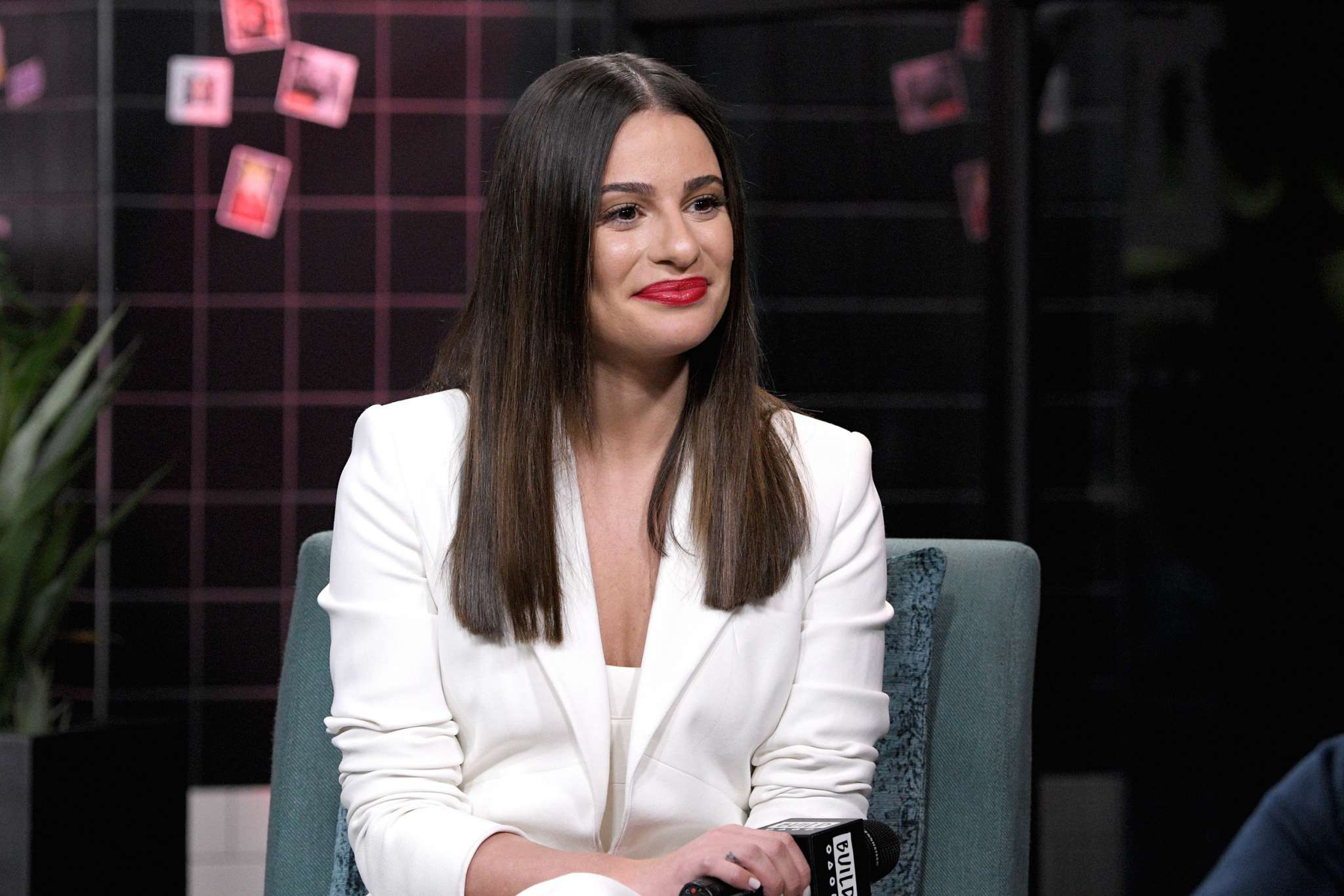 Lea Michele was one of the most famous characters, starring Rachel Berry in the popular show “Glee”. The actress is known for her exceptional voice and brilliant acting talents. Lea has acted in many shows since her time on Glee and she’s kept on expanding her horizons since the show ended.

During the filming of Glee, Lea Michele dated her co-star Cory Monteith for a significant period. The two were very happy together both as an onscreen couple and as an offscreen couple. However, Cory passed away from a heroin overdose in 2013 which left Lea heartbroken.

Since his death, Lea has made sure to put up a sweet post or picture to remember him every year on his death anniversary. She did the same this year, putting up a nice throwback of the two staring into the eyes of each other with love with a red heart. In the photo, Cory is seen wearing a black suit, a white shirt, and a dark blue striped tie. Lea on the other hand was wearing a light blue dress and held her coat on her arm alongside a bouquet.

The picture seems to have been taken during the filming of the Glee episodes. The characters of Rachel Berry and Finn Hudson were very different on-screen, however offscreen the two were extremely compatible and were amazing lovers.

Lea also has two tattoos of Cory to remember him. One of them is a tattoo that just says “Finn” on her lower back and the other is his character’s jersey number 5 on her side.

Lea has spoken about the close connection that the two had. She stated that no one knew her as Cory did. She said that he made her feel like she could do anything. She also spoke of plans that the two had made of marriage, kids, and settling down. However, Cory had been found dead in a hotel room in Vancouver, Canada from an overdose of heroin and alcohol.

The situation had not changed Lea’s mind about Cory. She stated that she knew him and he was a wonderful person. The addiction had just won. Lea is now married to businessman Zandy Reich and has a child with him Leo who is almost two years old now. Leo was born on August 20, 2020.