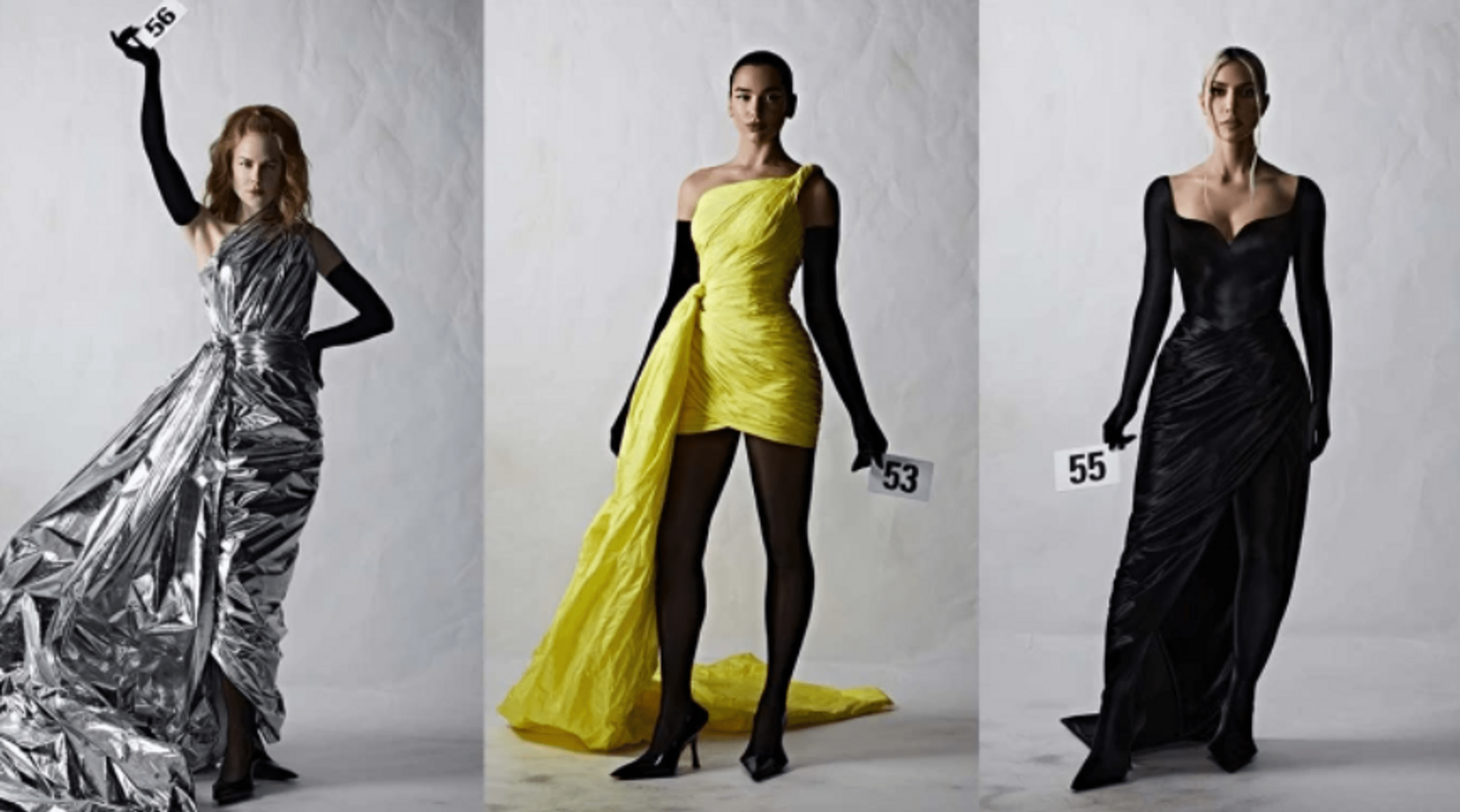 Today at Paris Fashion Week, Demna Gvasalia presented his second couture collection for Balenciaga. And celebrities at the fashion show not only sat in the front row – some of them were invited by the fashion house’s creative director to defile along the catwalk.

Already held stars of the catwalk-Bella Hadid and Noami Campbell-have joined the celebrity. Fans of the fashion brand are delighted: they believe that the participation of Kim and other stars has made Balenciaga ” a more glamorous brand than ever before. ”

This is not the first time Balenciaga has invited celebrities to participate in the show. For example, the fashion show of the spring_Summer 2022 season models was more like a high-profile film premiere than a fashion show.

So a real red carpet was organized for him, on which rapper Offset and actress Isabelle Huppert appeared.

In a previous post, Can anyone create more ethereal, beautiful, and frightening images simultaneously than Demna? We think for those who are interested in fashion, the answer is obvious.

On the eve of the brand’s 51st couture collection show in Paris, the designer once again removed all posts from his main account to clear the space for pure art. Unfortunately, there is no other name for this collection.

The show was opened by ” black people, “shrouded from head to toe in latex, only this time it was softer, leathery, and matte, and in addition to tight-fitting jumpsuits, strict midi, and maxi dresses, raincoats and suits appeared in the line.

The collection’s second part was devoted to the recognizable codes of Balenciaga-accented shoulders combined with a narrow waist, shiny tweed, and play with the silhouette.

Evening looks worthy of an Oscar coexisted with denim jeans and wrinkled sweatshirts.