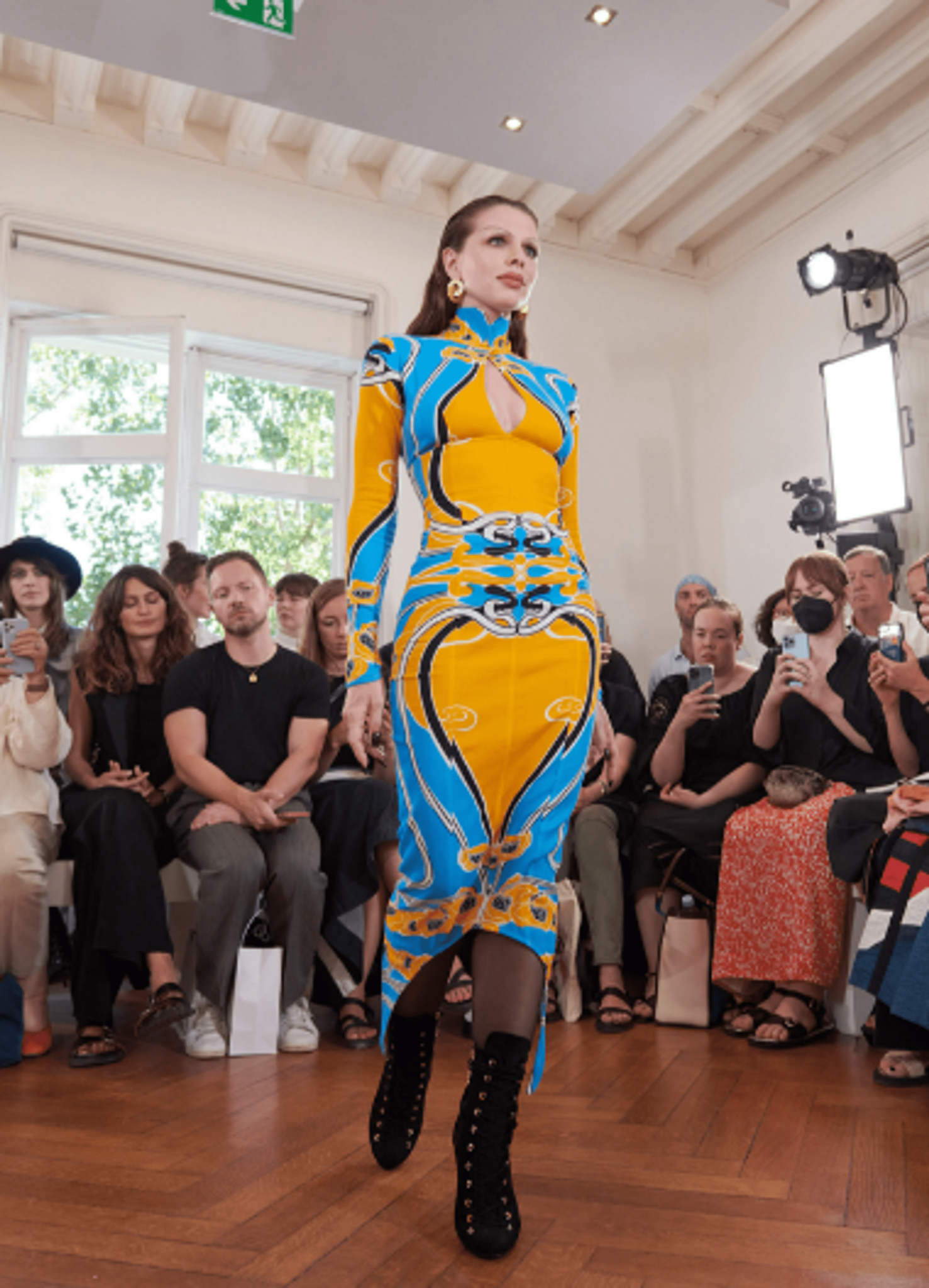 The actress and ex-lover of Kanye West appeared on the Paris catwalk.

A new couture fashion week is kicking off in Paris right now, and Schiaparelli, Iris Van Herpen, and Dior shows are about to take place in the French capital.

In anticipation of the start of a new fashion relay race, when both models and journalists have time to move from one show to another, Guillaume Henri, creative director of the Patou brand revived a few years ago, showed the spring-summer collection.

For the first time, the show of the legendary fashion house after returning to the big game was held offline: Guillaume Henry, who previously headed Nina Ricci, showed his first collections in look books and at presentations, and the pandemic made significant adjustments to the brand’s future plans.

At the show, guests saw the same dresses with puffy sleeves and frills, candy pink shades, jackets with gold buttons in the form of an antique Mouth of Truth slab, and Panama with the Patou logo.

However, Guillaume and his team still managed to surprise fashion editors, not with a choice of design solutions or styling, but with a model closing the show.

She became Julia Fox, an actress who broke into the mainstream thanks to a short-term romance with Kanye West.

This exit is not Julia’s debut on the podium. The celebrity has already become the star of New York Fashion Week, closing the LaQuan Smith show.

In a previous post, Designer Laquan Smith is hardly new to the industry: his revealing catsuits and dresses are already worn by Jennifer Lopez, Kim Kardashian, Kendall Jenner, and Miley Cyrus.

In the new collection for the fall-winter 2022/23 season, presented at New York Fashion Week, the founder of the eponymous brand decided not to slow down – and again relied on assertive sexuality and stars.

Actress Julia Fox was responsible for the last item on the show; just yesterday, on Valentine’s Day, she announced her breakup with Kanye West.