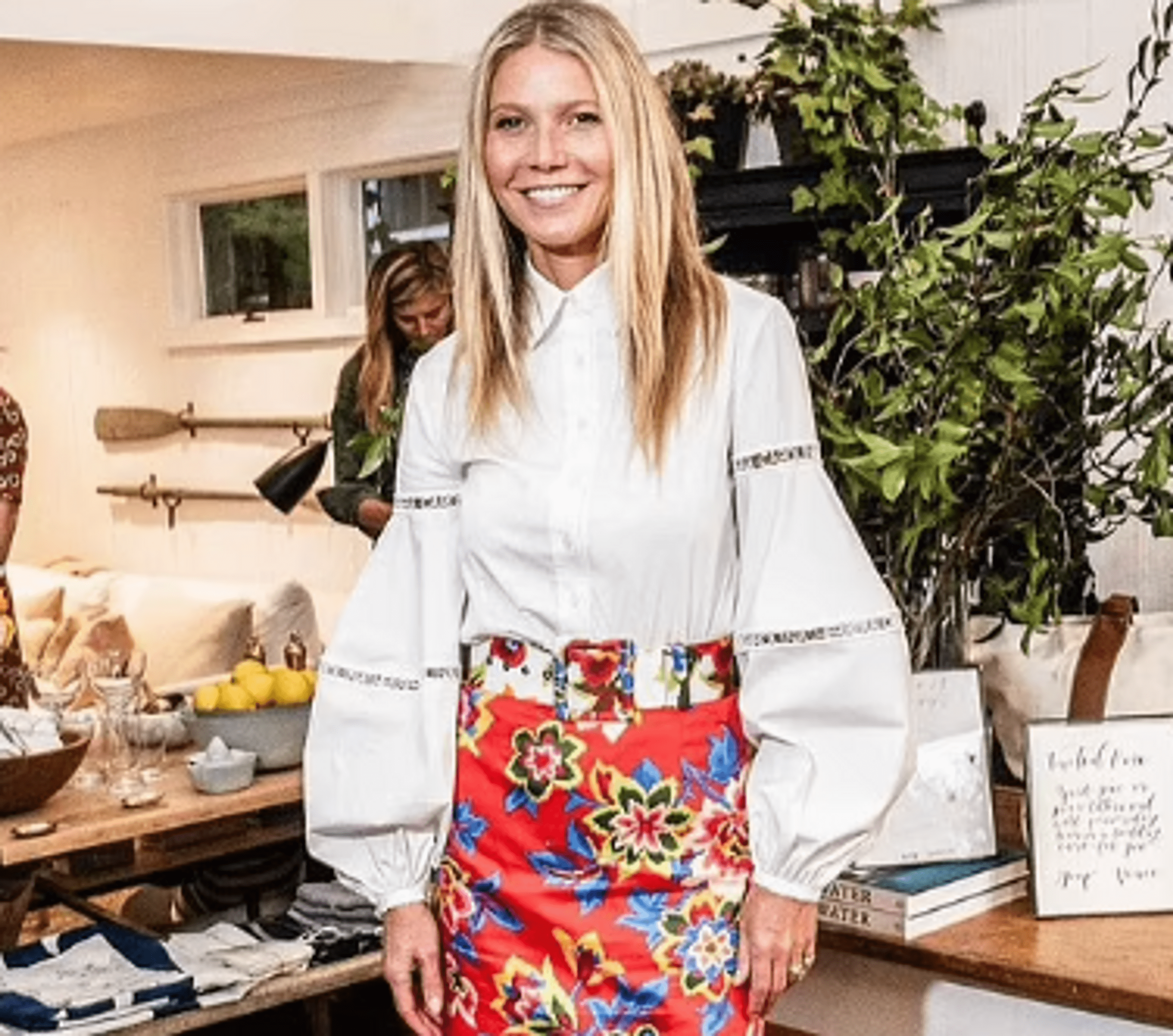 Gwyneth Paltrow posed topless to advertise her clothing brand G. Label. Photos of the ad campaign appeared on the DailyMail.

The candid photo session took place on the grounds of Gwyneth Paltrow’s mansion in Montecito, California. In the pictures, the 49-year-old actress poses topless in wide blue jeans with a high waist, covering her breasts with one hand.

Gwyneth also announced the launch of the new model on her Instagram: “We rarely restock our products, but these wide jeans we had to return!”.

Gwyneth Paltrow was inspired to create her own clothing line by the expansion of Goop, which became famous for its wellness products and vagina-scented candles. According to the actress, the G. Label Core Collection will consist of “casual pieces for every day.”

The G. Label wide-leg jeans will be available in blue and beige and will retail for $295.

In a previous post, Irina Shayk starred in an advertising campaign for Ivytopia beachwear, created by singer Beyoncé. It is reported by the Daily Mail.

The 36-year-old model of Russian origin tried on several looks from the new Ivytopia beach collection, created by the singer Beyoncé in collaboration with the Adidas brand.

The brightest of the beach looks was neon green: a sports top, high thong briefs, and a tunic are complemented by stiletto heels of the same color.

According to the brand, Ivytopia is an inclusive and gender-neutral collection with a very wide range of sizes (from XXXS to XXXXL) and a relatively low cost. The collection will be on sale from July 22, 2022.

In a previous post, Paltrow’s company was sued for more than $ 5 million in damages last year when a Texas man claimed that the infamous $75 candle exploded within hours of the first burning in his home.

In legal documents, Watson noted that the candle comes with a warning that it should not be lit for more than two hours at a time.