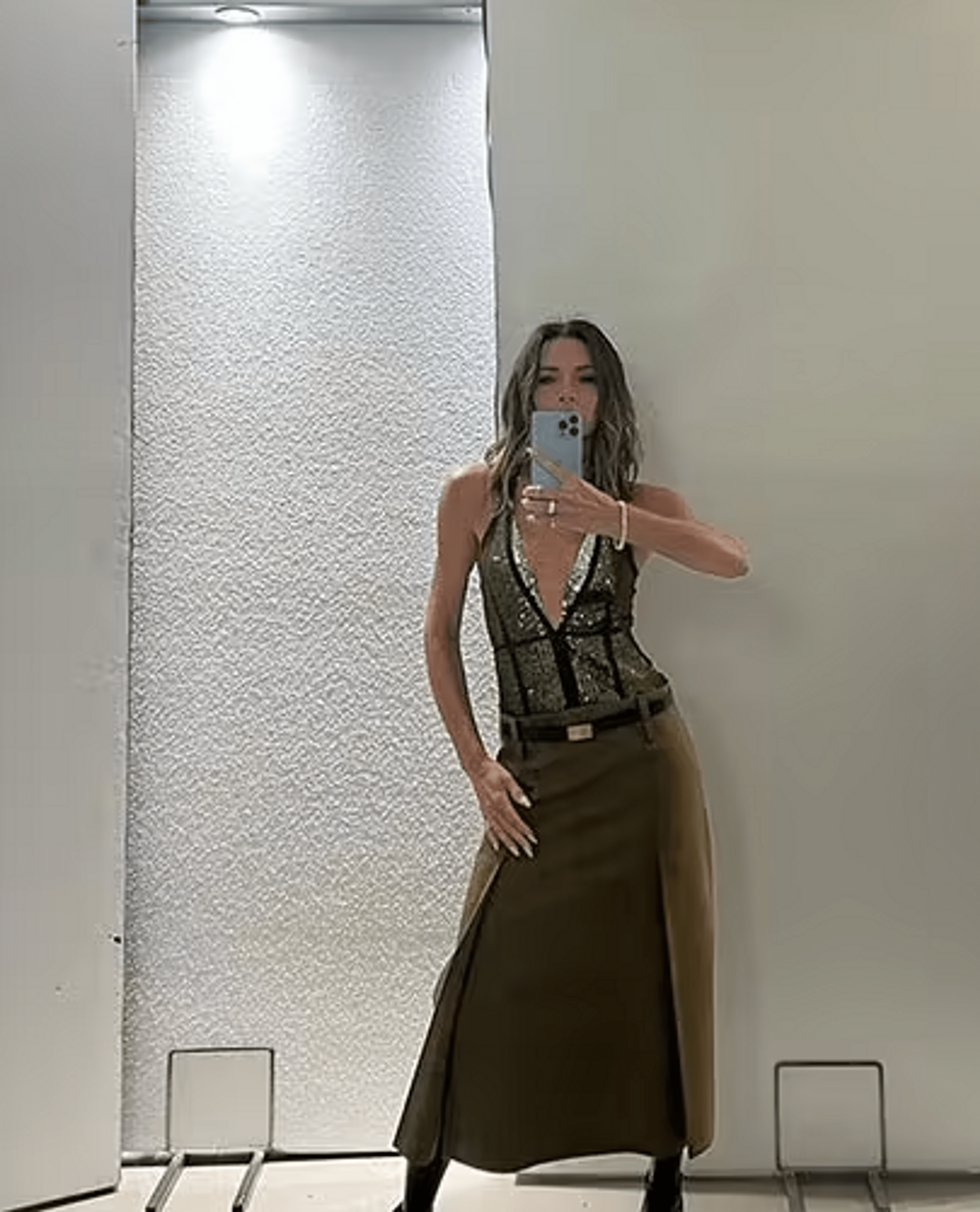 48-year-old Victoria Beckham has been a trendsetter for a long time, and for a good reason: fans and critics adore her looks.

Additionally, the designer revealed images from the photo shoots backstage the day before, giving fans the chance to peek behind the scenes of the fashion industry.

David Beckham’s wife tried various clothing and displayed them to the fans. In one photo, Victoria appeared in a black dress with draperies and big sequins. She is dressed in a daring top with a shimmering khaki midi skirt on the opposite side.

The designer’s experience as a member of the cult girl group Spice Girls was alluded to in the third outfit. She put on a crop top and a pair of black latex trousers.

Victoria appeared in the 1996 music video for the song Say You’ll Be There is a similar picture, except she was wearing overalls instead.

With a bow from a snow-white gown with a black belt and lace accents, the designer wrapped up her “performance.”

Beckham supporters were unable to pick a favorite and concurred that she is good in every manner.

They wrote on her images, “The most stylish in the world,” “I love her style,” and “Victoria is wonderful.”

As one of the fashion helpers on set assisted VB into a pair of killer boots to go with the look, she posted the breathtaking picture on her Instagram Stories.

Harper, who just turned 11, is unlikely to ever be seen wearing “a full face of make-up and a crop top,” according to Victoria, who just provided some insight into her only daughter’s sense of style.

She recently told me, “Mummy, I’ve seen some images of you when you were in the Spice Girls, and your skirts were just terrible,” Victoria laughed in the following Vogue interview. Simply put, they were too short.