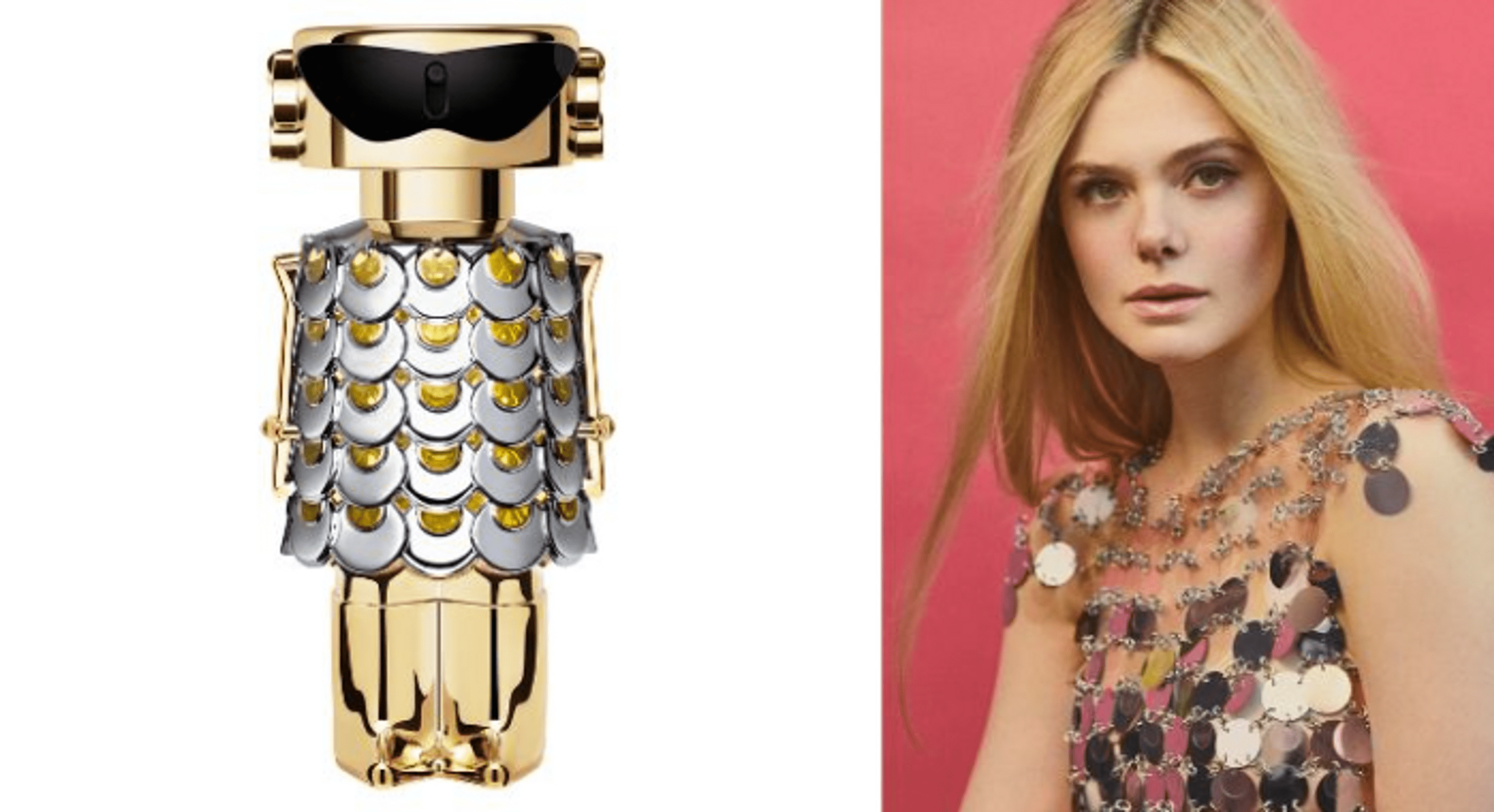 The Paco Rabanne brand has introduced a new fragrance Fame, which translates as “Glory.” The face of the fragrance is 24-year-old Elle Fanning.

Her delicate pink-hued look in the campaign is a striking contrast to the “mail” aesthetic of the new fragrance bottle. Inside is a chypre fragrance with pronounced notes of sandalwood, incense, and sweet vanilla. Mango brings bright, fruity notes to this cocktail, and jasmine leaves a delicate aftertaste.

Four perfumers created the composition at once Dora Baghrich, Marie Salamagne, Alberto Morillas, and Fabrice Pellegrin. The design of the bottle is inspired by Dossen’sDossen’s sketches and Paco Rabanne jewelry.

“We wanted to create an atmosphere of Hollywood glamour with a Parisian twist,” explained Paco Rabanne, General Manager of Marketing Romain Sottovia.

The fragrance has already appeared in the duty-free network around the world and in the Paco Rabanne online store. In autumn, it will appear in Europe, Latin America, and later in the US and China.

In a previous post, Musician Joey Badass is a young American hip-hop genius, rising actor, and entrepreneur. Dancer Alton Mason loves to take part in the shows and during the fashion show can do a back flip, an energetic, fearless, and self-confident young man.

Actress Dree Hemingway is no stranger to the world of Paco Rabanne, who became recognizable from the first Lady Million campaign.

Now the creators of the new story promise that Dree will return in a new image. Actor Levi Dylan has associated with the world of music thanks to his surname but built his career on his own, not chasing fame and recognition.

Model London Myers, who is literally hunted by scouts of world modeling agencies, as well as 17 -summer model Simona Kust, is a girl with Russian Swedish roots who is already considered a rising star in the modeling business.

By the way, she has already shared her impressions of the new project on social networks.