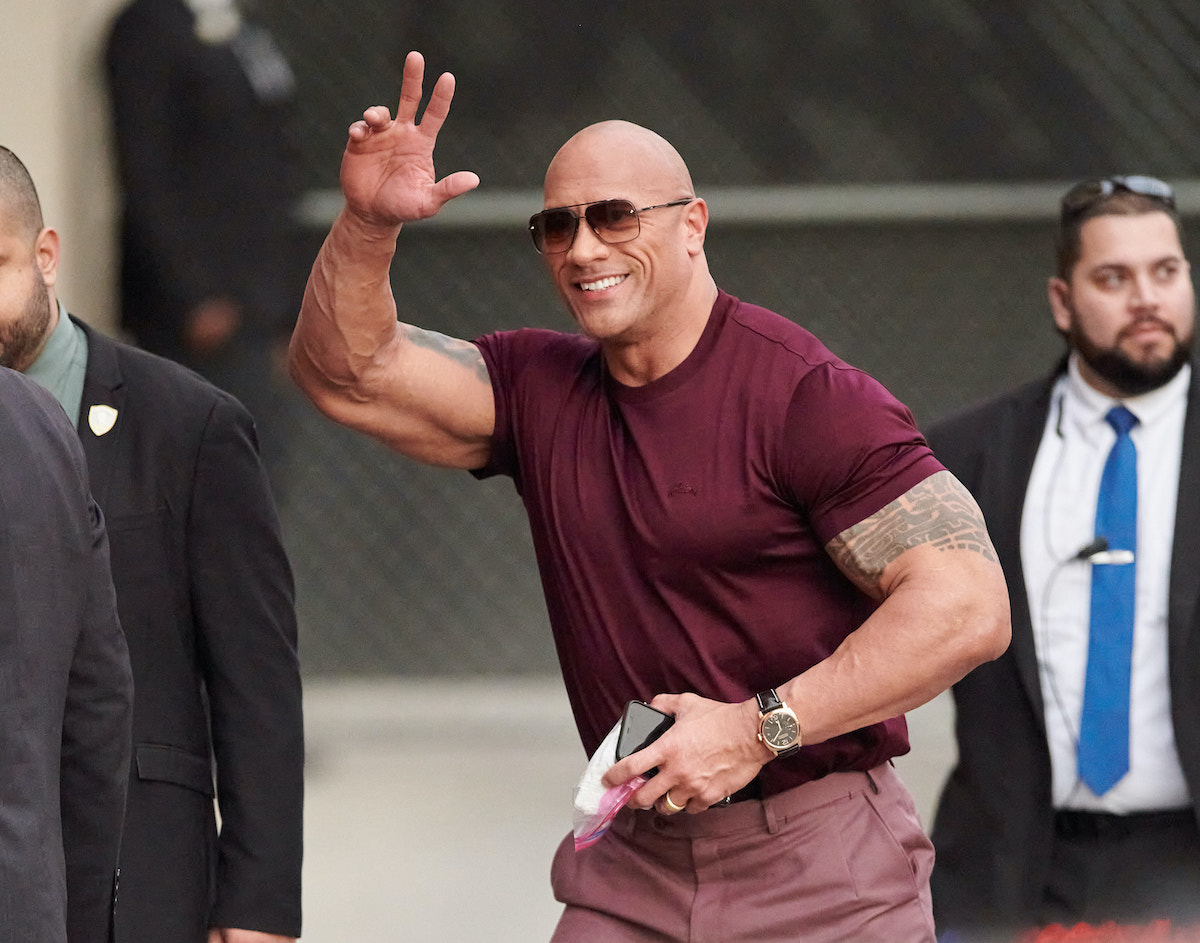 Dwayne Johnson appearing as Black Adam in the DCEU was decided before the first DCEU film Man of Steel was even released and now after years and years of wait, the time is almost here for the release of Black Adam.

To increase the hype for the already highly anticipated movie, Dwayne Johnson made a surprise appearance at this year’s Comic-con dressed from head to toe in full Black Adam Gear. While most fans were already aware that Dwayne Johnson was going to be appearing at Comic-Con this year, no one expected him to show up fully in costume. The Rock still knows how to put on a show.

The entrance of Dwayne Johnson began with a loud voice-over of his voice playing in the speakers saying:

“Hall H, you have been warned. The DC universe will never be the same again.”

The voice-over was met with loud cheers from the crowd and even louder cheers followed as the spotlight fell on Dwayne and lightning displays showed on the screen behind him.

Dwayne raised his hands in a hero pose or rather an antihero pose as the character Black Adam is a villain to Shazam in the DC comics and is being depicted in the DCEU as an antihero.

After the grand entrance, Dwayne was joined on stage by director Jaume Collet-Serra and cast members Aldis Hodge, Noah Centineo, and Quintessa Swindell as they talked about the upcoming movie in further detail and went on to share some exclusive footage from the film.

Dwayne went on to express his gratitude at being able to headline Hall H in this way and talked about how long he had waited for this moment.

“It has been a long journey filled with passion and grit to push ‘Black Adam’ along — it has been over 10 years,” said Dwayne, “To be here at Comic-Con, Hall H, representing a DC hero, an antihero, is a dream come true.”

Dwayne continued, “When I started 20 years ago, many moons ago, I would bring movies here and hope people would love it. How can we create something that is fresh and unique … show and create something that’s never been done? My goal is to usher in a new era in the DC universe.”

Black Adam is slated to be released on the 21st of October this year.