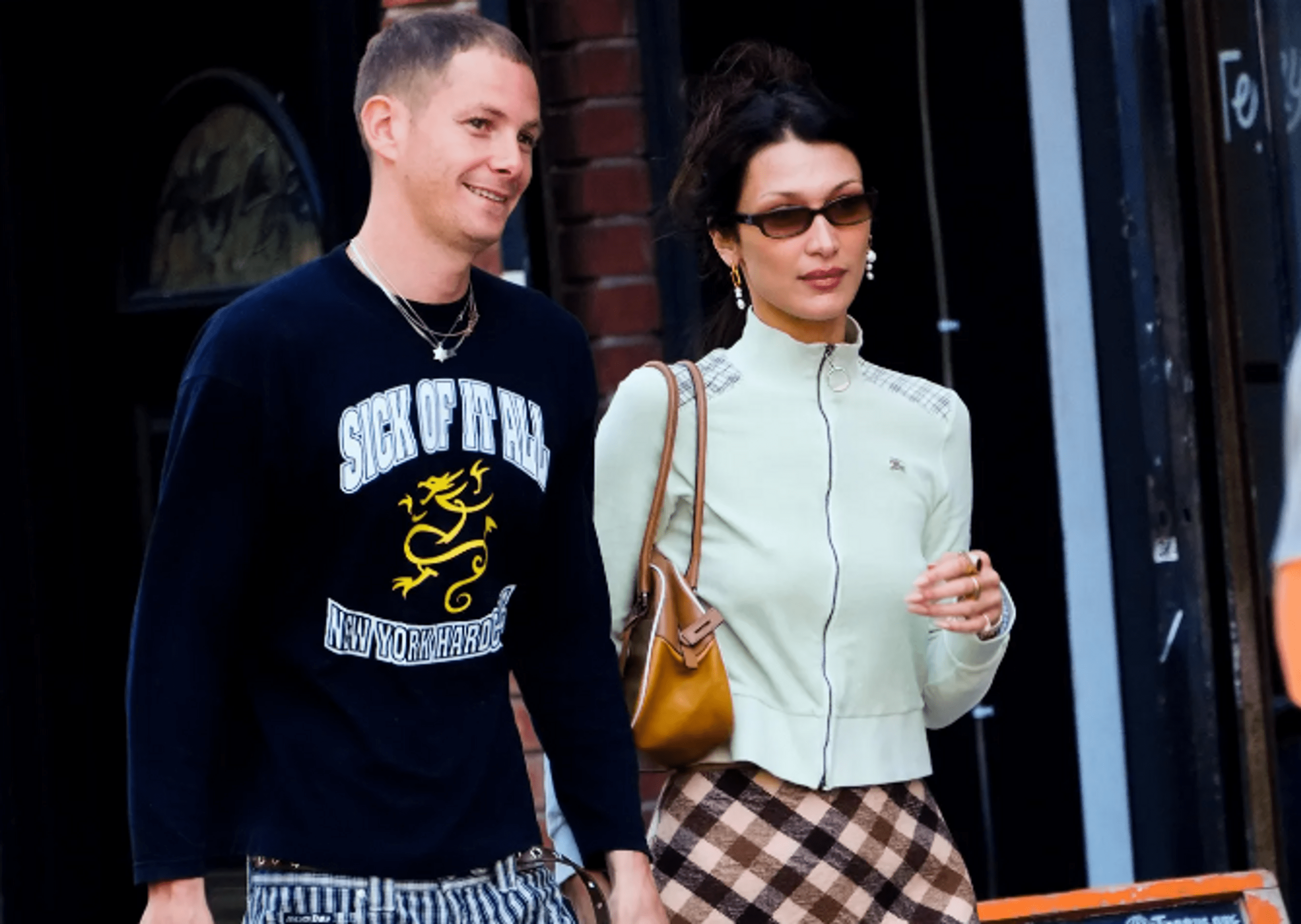 Model Bella Hadid‘s life took a turn for the better after she met art director and album cover designer Marc Kalman. Now the lovers are in New York and do not hide their feelings.

Over the weekend, Hadid posted cute but very racy pictures with her boyfriend Gossip Girl herself would envy. In the first photo, the couple kisses passionately on one of the streets of the metropolis, and in the second, in the same pose of an innocent schoolgirl and a bad boy, they look into each other’s eyes.

It is worth noting the images of lovers that are most suitable for this situation: Bella is dressed in a denim miniskirt with a beige bomber jacket decorated with stripes, as well as brown sneakers and white knee-high stockings.

Many have noticed that Bella, for the first time, so openly presents her new relationship to the whole world, and sources say that the couple is very serious. Recently, lovers rested on the island of St. Barth, where they went immediately after the end of the Cannes Film Festival. T

here, the couple also did not hesitate to show tender feelings: Bella and Mark sunbathed, swam, and also photographed each other.

Fans were especially struck by how carefully and carefully Kalman chose the best angle for Hadid’s photo shoot.

Interestingly, Bella recently commented on her new romance in an interview, where she said that she tried her best to keep this relationship a secret.

The girl failed more than once on the personal front, so she wanted everything to be different from Mark. “I think that’s why we managed to save the relationship because, at the initial stage, we hid it.

When you give other people the opportunity to express their opinions about your personal life, it poisons you,” concluded Bella.