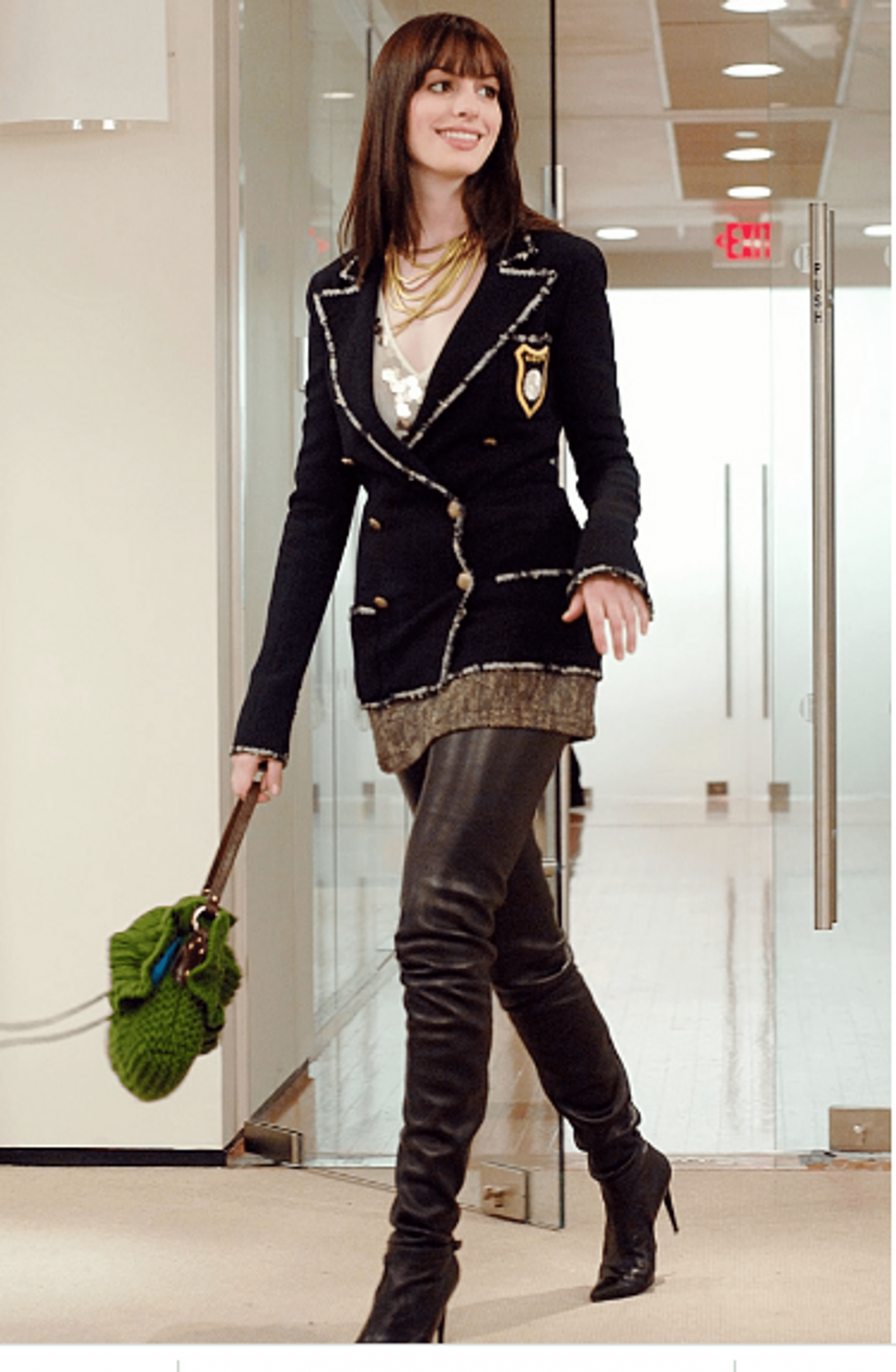 On the occasion of the anniversary of The Devil wears Prada, its star decided to highlight the issue of the abolition of the right to abortion in some states.

On the last day of July, the already cult comedy celebrated its 16th birthday, and Anne Hathaway posted a congratulatory message on social networks.

True, the post was an opportunity to comment on the Supreme Court’s recent decision to strike down a landmark ruling that established a person’s constitutional right to abortion in the United States. Under cute photos from the popular 2006 film, the actress wrote the following:

“Looking back at photographs of a beloved film that has shaped the lives and careers of so many, including mine, I am amazed at the fact that the young women in this film built their lives and careers in a country that respected their right to make choices about their own reproductive health.”

Based on the novel of the same name by Lauren Weisberger, the drama is loved by viewers for the true story of aspiring journalist Andy Sachs, who takes a job as an assistant to ruthless fashion editor Miranda Priestley in hopes of breaking into the publishing world.

Along the way, she learns how cruel the fashion industry can be, as well as what sacrifices people make for the sake of a new position. It is not surprising that the story of strong and bright ladies has become close to millions of women.

When Rov. Wade’s infamous annulment decision was handed down on June 24; Anne shared a New Yorker article titled, “We’re Not Going Back to Before Ro. We’re going somewhere even worse.”

Even then, the star made her position clear, but she waited for a pause before publishing the post. Hathaway is far from the only celebrity to use her social media as a mouthpiece.

After the decision, Sheryl Burke and Ireland Baldwin highlighted the importance of a person’s choices regarding their reproductive health by communicating their own abortion stories, while Olivia Rodrigo and Janelle Monáe could hardly contain their emotions.