Adele and her fiancé show off gothic chic at a lavish wedding in New York - yuetu.info 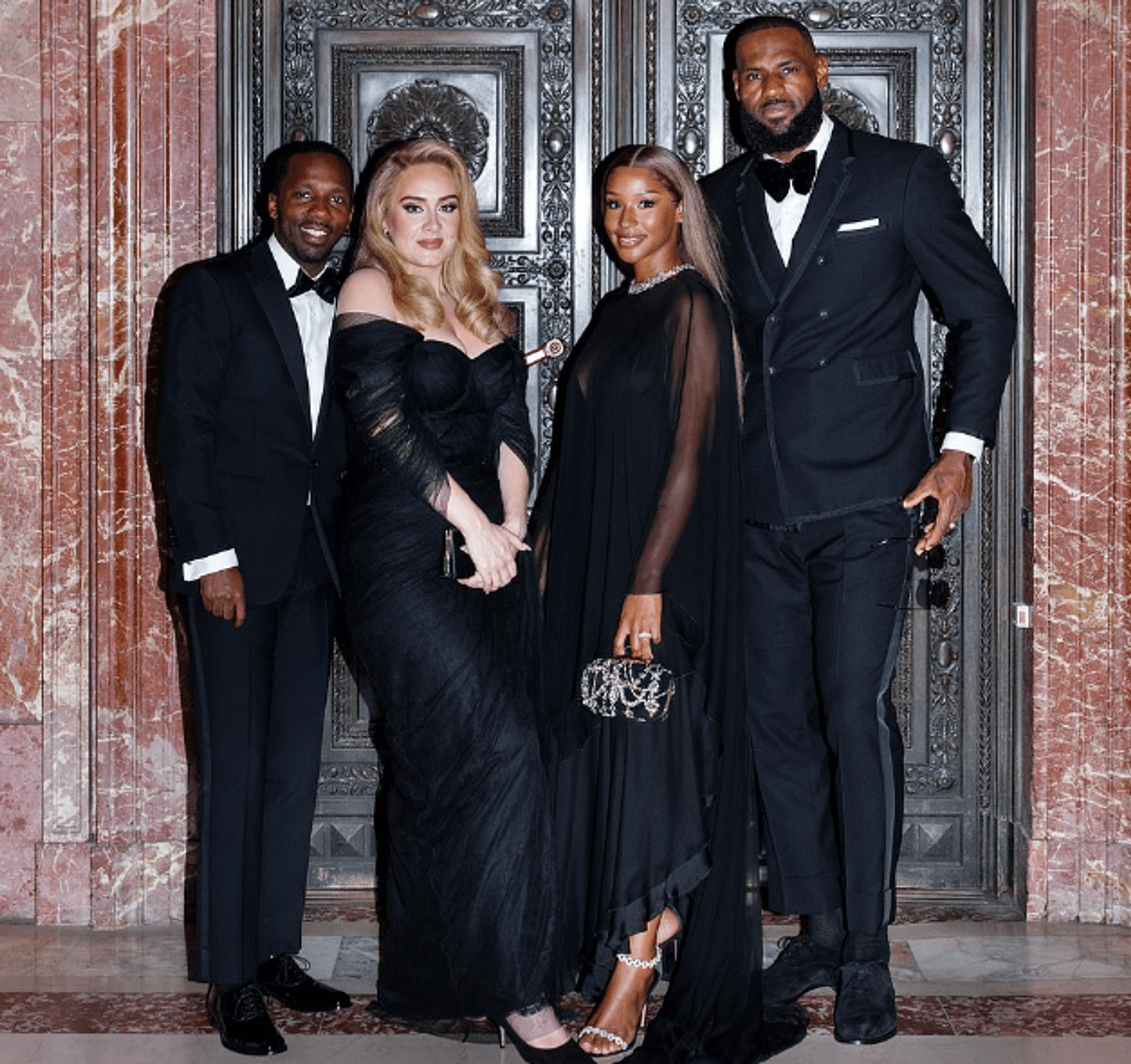 The couple appeared at the celebration in honor of the marriage of the NBA star.

An exclusive shot by photographer Allan Zepeda appeared on social networks: Adele and her fiancé, sports agent Rich Paul, pose next to basketball player LeBron James and his wife, Savannah.

Both couples are photographed at the wedding of NBA star Kevin Love and top model Kate Bock, which took place last weekend, bringing together the entire color of the basketball A-list and other celebrities.

The dress code for the guests was declared black as opposed to the outfits of the young.

The 34-year-old singer opted for a dramatic off-the-shoulder Alexander McQueen dress with a lace sheath and tulle drapery for the evening. Her 40-year-old fiancé donned a classic black tie-dye pair of tuxedos, trousers, and a black bow tie.

It is worth noting that the couple (both in Ralph Lauren), who got married that day, looked simply charming, and the celebration (and the bride’s dress) was designed in the spirit of the great Gatsby’s luxurious parties. We hope that news about Adele’s wedding will appear on the Web soon!

In a previous post, Adele has officially confirmed that she is now living with her boyfriend, sports agent Rich Paul.

The singer posted a carousel of photos on social networks a kind of love story countdown. It all started with fortune-telling at a party where she was given a piece of paper with a prediction that she “found a good company” that she should enjoy.

In the same carousel, there are pictures of the lovers kissing before Adele’s memorable performance at the Griffith Observatory in Los Angeles, where she presented her new album 30 to the public.

There is also a photo from Valentine’s Day, in honor of which Rich arranged a surprise for his beloved by renting a McDonald’s restaurant and adding numbering to the menu signs in honor of the names of Adele’s albums: “19”, “21”, “25” and “30”.