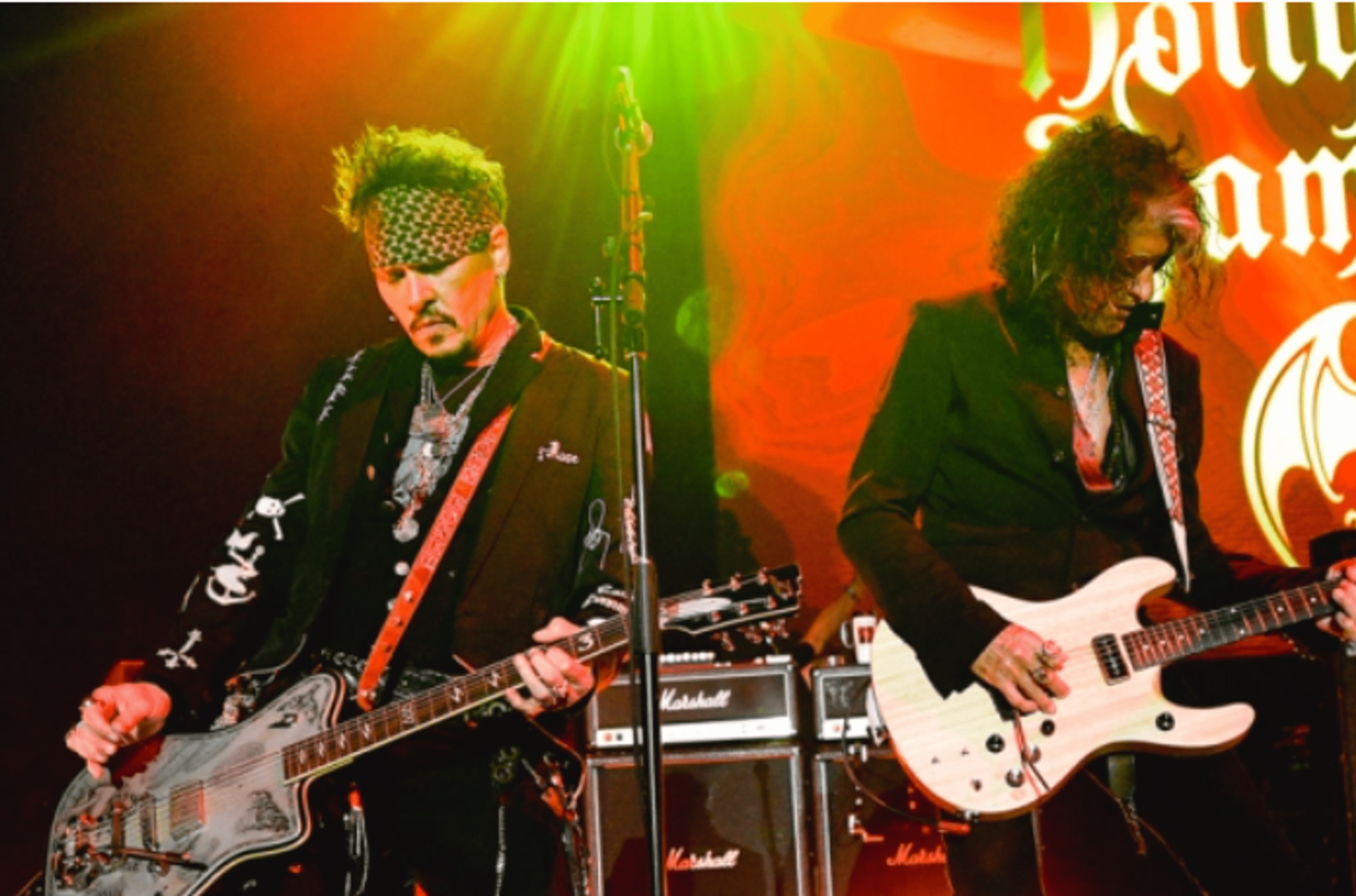 Hollywood actor and musician Johnny Depp, who has just concluded a high-profile libel lawsuit, will join his Hollywood Vampires bandmates on a European tour. This is written by A Hollywood reporter.

On June 22, the band announced six shows starting almost a year from now.

The Hollywood Vampires are BACK!! We are going to Germany and Luxembourg in the summer of 2023! Tickets go on sale on Monday, June 27 at 11:00 CET. So stay tuned…” the group signed the post on social networks.

Johnny Depp, Alice Cooper, Joe Perry, and Tommy Henriksen will start the tour on June 20, 2023, at the Rudolf-Weber Arena in Oberhausen Germany. A

fter that, concerts will be held in Esch-Sur-Alzette (Luxembourg Rokhale), the Olympic Hall in Munich, the city ​​park in Hamburg, Berlin Citadel Spandel, and Mainz Citadel.

58-year-old actor Brad Pitt appeared on the cover of GQ, causing bewilderment to fans. The corresponding pictures appeared in the official accounts of the publication on social networks.

Brad Pitt has become the main character of the latest American version of the GQ magazine issue. The Oscar-winning actor posed for the cover of the publication in a blue shirt, lying in the water among the flowers.

The Russian photographer Elizaveta Porodina was responsible for the shooting.

“He looks like a slightly melted wax figure,” “Looks like a dead man,” “I didn’t recognize him,” “Is he all right?”, “This man does not look like Brad Pitt at all,” “So you also did your face, Brad,” “Botox Brad is trying to stay young,” wrote puzzled Internet users in the comments.

Many have compared Brad Pitt to Ray Liotta, Rob Lowe, Caitlyn Jenner, and also to Jennifer Aniston and Chelsea Handler if they changed their gender.