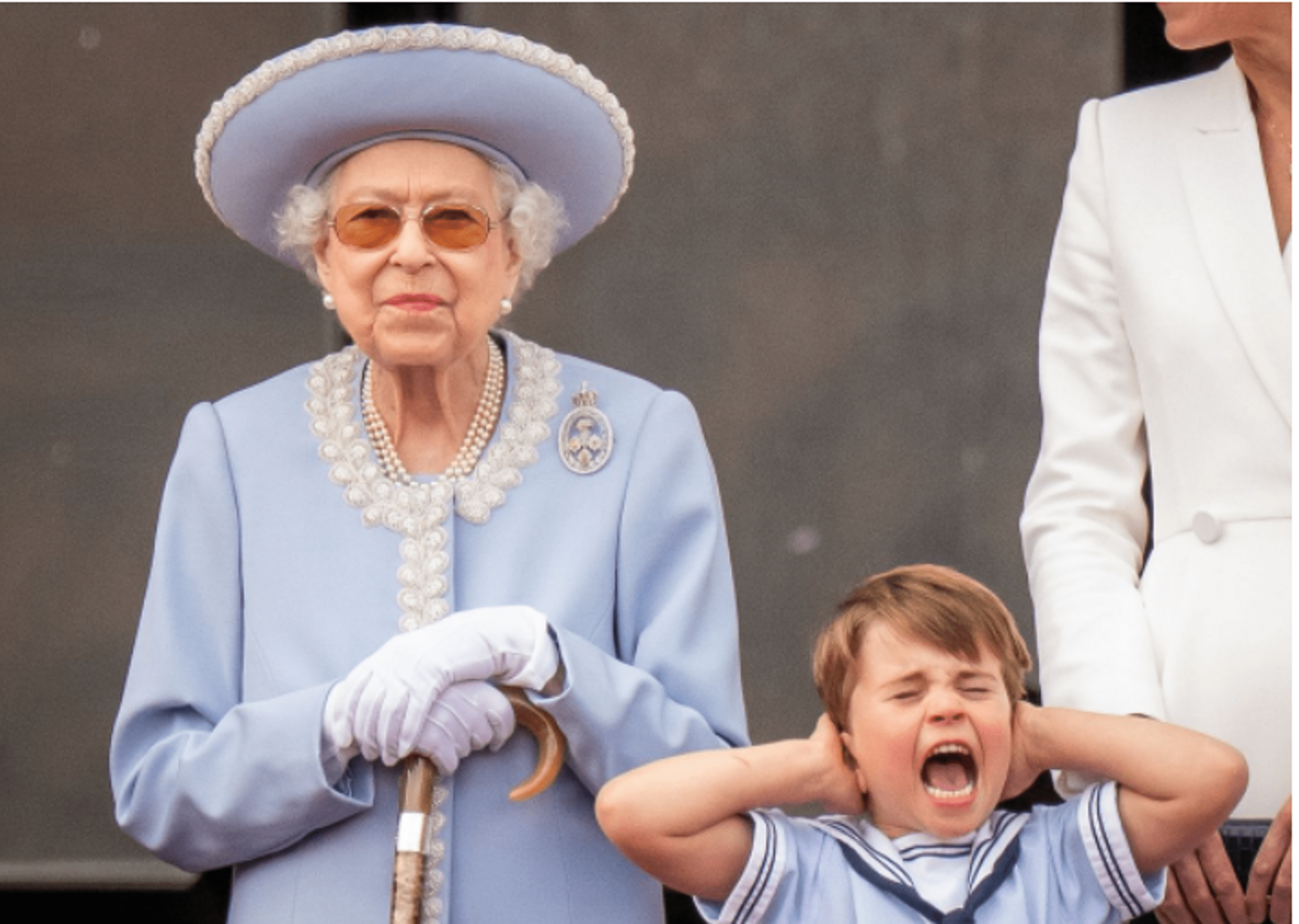 For the son of Prince William and Kate Middleton, baby Louis, greeting on the balcony of Buckingham Palace has become a special tradition because the boy has always attracted the attention of the public with his bright facial expressions. By the way, this Platinum Jubilee of the Queen was no exception, and little Prince Louis once again overshadowed all representatives of the royal family at such an important holiday for Her Majesty. It is worth noting that Queen Elizabeth II herself, as well as the baby’s parents, the Dukes of Cambridge, did not hold back their smiles.

At first, 4-Year old Prince Louise happily and with a smile greeted the audience on the balcony of Buckingham Palace, after which all members of the monarchy began to watch the air show. However, the sounds of flying planes frightened the prince very much, which is why he tightly covered his ears with his palms and began to scream. Kate Middleton quickly averted Louis’ panic, but the little prince’s show didn’t end there.

When Prince Louis calmed down, he was apparently very bored with this official celebration; they said, “toys and freedom are waiting for me, and I’m wasting time on my great-grandmother’s Platinum Jubilee .” The boy began to build funny faces, which was also promptly cut down by the duchess of Cambridge. After a few remarks from his mother, Louis realized that he was in real secular captivity and, it seems, experienced all the stages of boredom, despair, and even grief. With a tortured look, the kid put his hands to his temples, rolled his eyes, and showed that he was very tired of this historical holiday of Elizabeth II.

By the way, brother and sister Louis – Prince George, and Princess Charlotte, it seems, understood the full scale of what was happening, so they behaved more restrained and modestly. However, it is clear that the public will be looking forward to the next Platinum Jubilee events not for the Queen but for Louis’ funny and very emotional mini-performances. Of course, the little prince has become the main meme of the British crown.