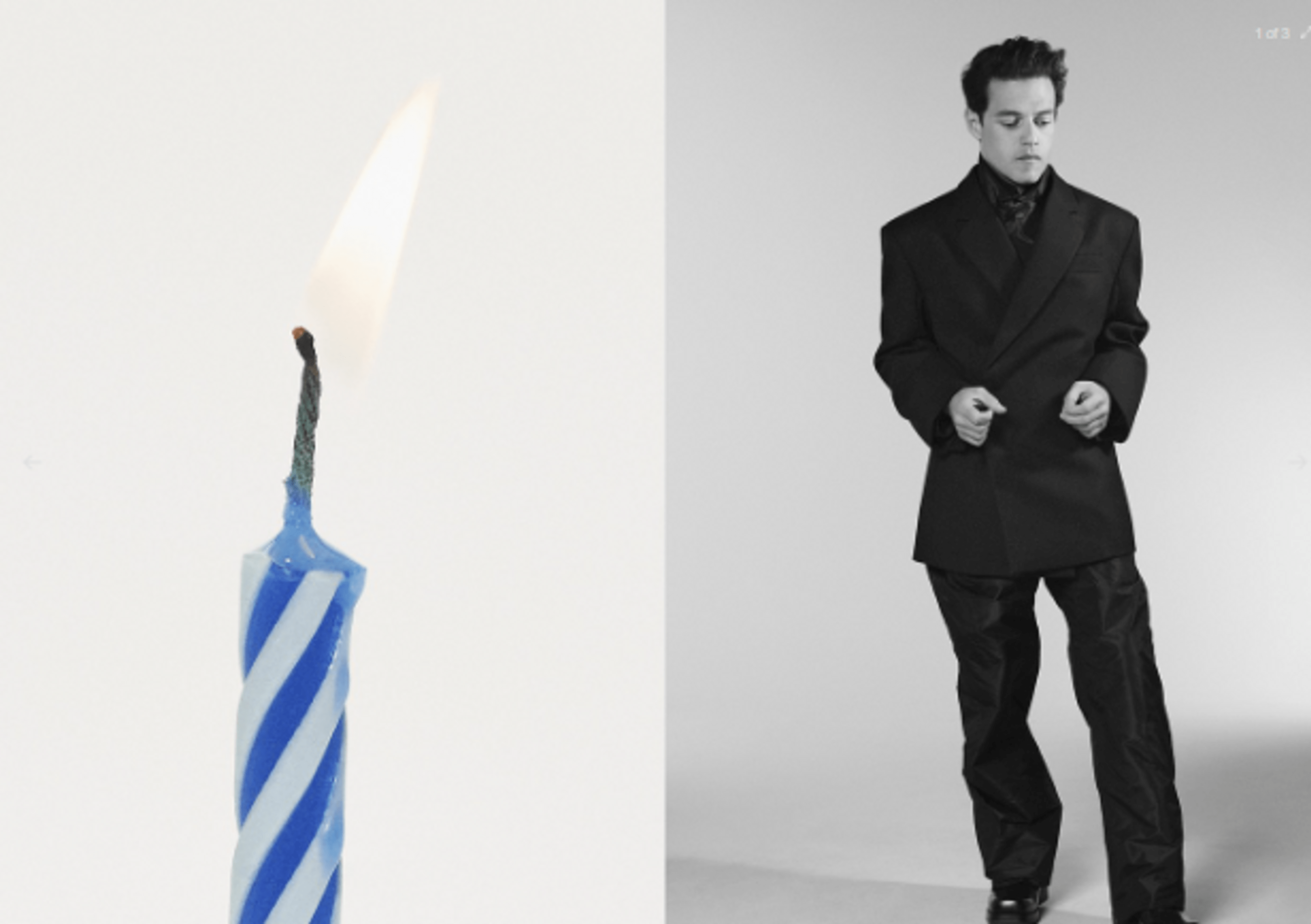 Prada‘s Fall/Winter 2022 menswear campaign is an ode to the art of storytelling. Stories are what fuel Hollywood, powerful narratives shown on screen and adapted from scripts.

There are many storytellers behind the big screen, but for this campaign, the brand wanted to focus on the people who bring those stories to life. The campaign was called Prada Stories and was photographed by David Sims.

He captured some contemporary actors. Jeff Goldblum, Damson Idris, and Rami Malek tried on Prada coats and suits in an intimate portrait setting.

Along with portraits, still lives became part of the advertising campaign. These images showcase objects that carry meaning for each of the actors, depicting images and meanings that cannot always be seen in their characters.

This way, viewers can see the bigger picture and the subtleties that the camera doesn’t catch.

In a previous post, Analyzing the latest creations of Miuccia Prada and Raf Simons, it is hard not to feel the unique talent of the skilled craftsmen of the Italian Fashion House.

They perfectly manage to predict the trends of the coming season, which will be relevant in subsequent years. True, this time, the heiress of the brand has handed over the reins to her creative director.

And although Miuccia has not lost ground in influencing the fashion world for several decades, it is through joint efforts with Raf that he manages to break the notion of a typical fashion collaboration.

The autumn-winter collection of 2022 seems to tell us the story of a real man who may seem like a rebel but, at the same time, remains a true gentleman of our time. Above all, there is quality, tactility, brutality, and sexuality, which are expressed in the grace of each line.

The youngest granddaughter of Mario remains true to everyone’s favorite styles from the past, but sometimes her protégé just adds a little freshness and bright colors.