Meghan Markle appeared in a public in short shorts - yuetu.info 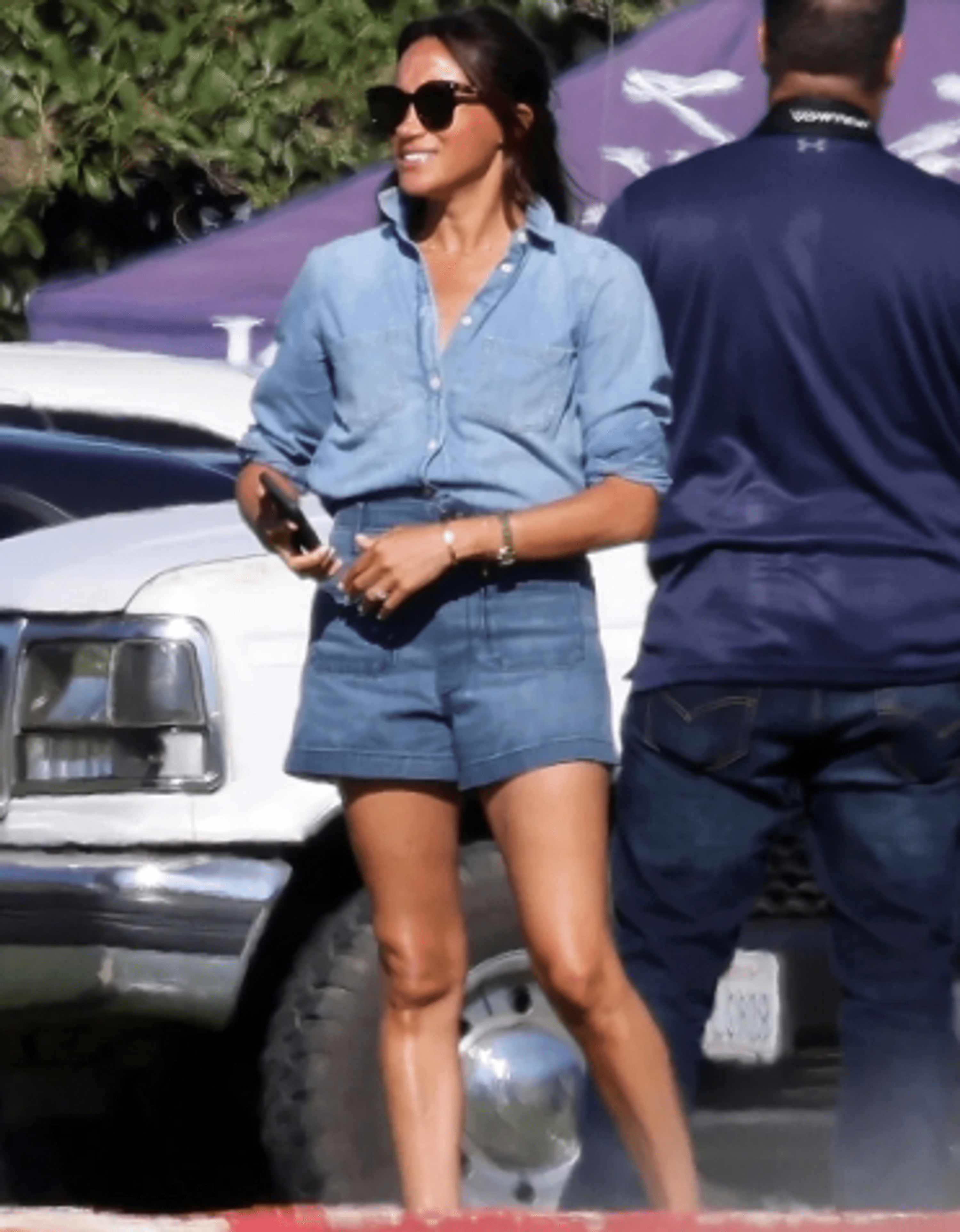 If Meghan were still officially a duchess, her outfit would definitely be considered a flagrant violation of protocol. But after renouncing royal duties, Markle gave herself free rein: now she not only wears free-style clothes but also, without hesitation, shows her feelings for Prince Harry in public, which she could not afford before.

Prince Harry has been involved in various sports since childhood, but riding a horse has always been his favorite pastime.

It’s been a few months since the prince returned to playing polo. Megan, of course, supports her husband in his old-new hobby – and practically does not miss training. On June 17, the Duchess again came to cheer for her husband.

Megan appeared on the field in a rather revealing outfit for her status. The Duchess opted for a total denim look, wearing rather short shorts and a loose shirt.

This combination is not only practical and convenient but also looks impressive.

On top, Meghan threw on a black sweatshirt to put on if it got chilly. Flat sandals completed the look. Minimalistic jewelry and large sunglasses were the final touches of the outfit. Easy to repeat!

In a previous post, The other day, after a long break, the Royal Ascot races started in the UK. This is not just an ordinary sporting event: this tradition has been going on for more than 300 years.

The first races at Ascot were held in 1711 under the patronage of Queen Anne. At the moment, Royal Ascot is one of the main events for the British aristocracy.

On June 17, the fourth day of the race was attended by Kate Middleton and Prince William.