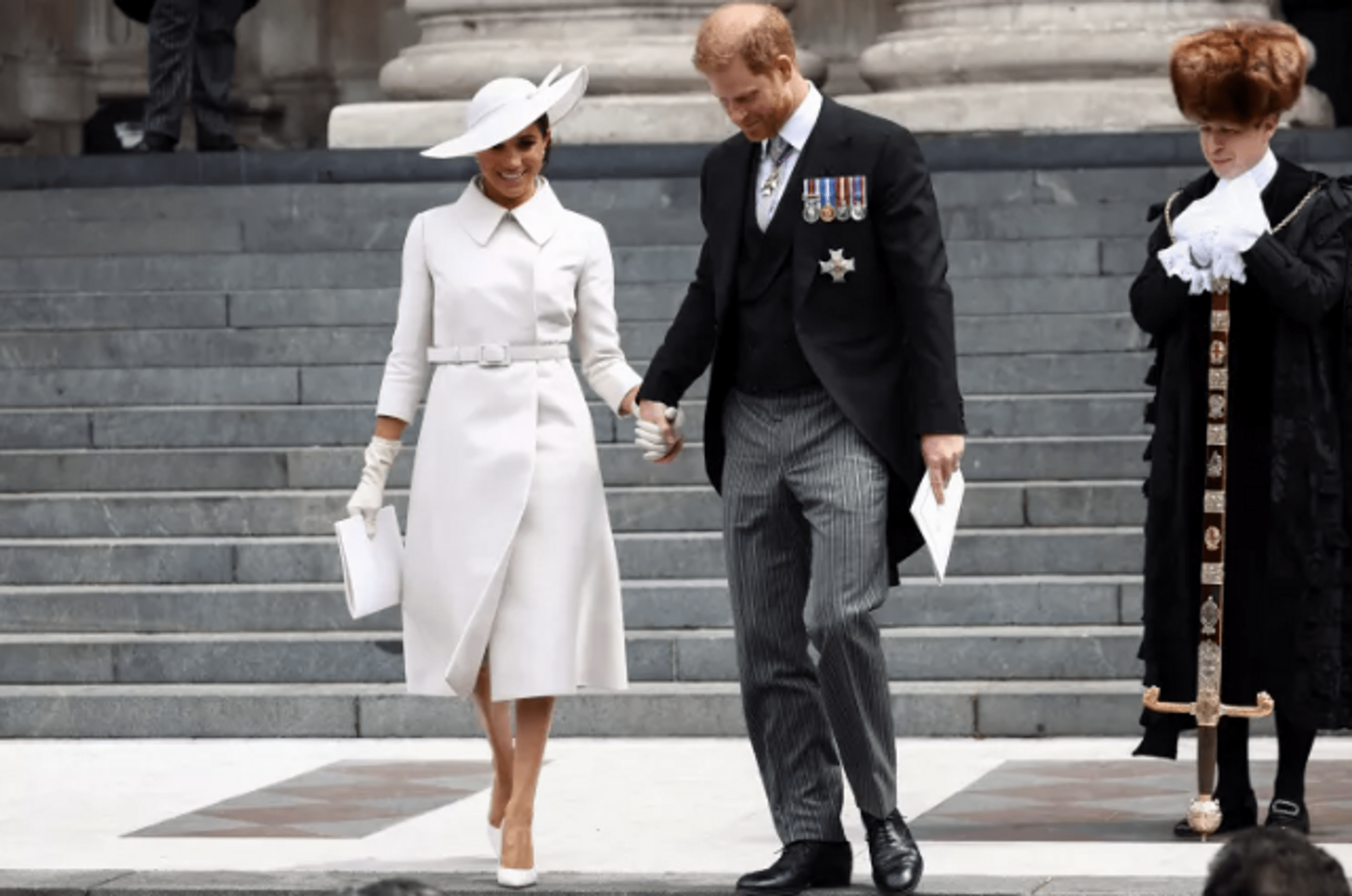 Meghan Markle and Prince Harry joined the royal family in celebration of the platinum jubilee of Queen Elizabeth II. On Friday, the Duke and Duchess of Sussex observed a national thanksgiving service in honor of the Queen at St Paul’s Cathedral.

Upon arriving at the cathedral, Meghan and Harry tenderly held hands and waved to the crowd. Despite misgivings, the couple was not booed. The Sussexes were then escorted to their seats in the second row next to Princess Beatrice and Princess Eugenie and their husbands, followed by Prince Edward and Sophie, Countess of Wessex.

Their seats were across the aisle from Prince Charles, Duchess Camilla of Cornwall, Prince William, and Kate Middleton, who sat in the front row. Megan was wearing a white coat dress with a cool undertone and a matching wide-brimmed hat.

Harry chose a tailcoat, which he decorated with military medals. Before the service began, the Duke had a lively conversation with Princess Eugenie and Jack Brooksbank, who were visiting the Sussexes in California earlier this year.

Queen Elizabeth II herself was absent from the service. The palace announced on Thursday that the monarch would not be visiting the cathedral due to ” some discomfort ” and ongoing mobility issues. It was an unfortunate but prudent move, according to royal sources. While her family gathered for a service in her honor, the Queen watched the event broadcast on television from her home at Windsor Castle.

“When you think the Queen was here at St. Paul’s for her grandfather George V’s Silver Jubilee celebration 85 years ago, in 1935, when she was nine years old, that’s impressive and opens up the prospect of her long life in the eyes of the public.” – said royal historian Hugo Vickers.