LVMH Prize 2022 announces the three most promising young designers of the year - yuetu.info 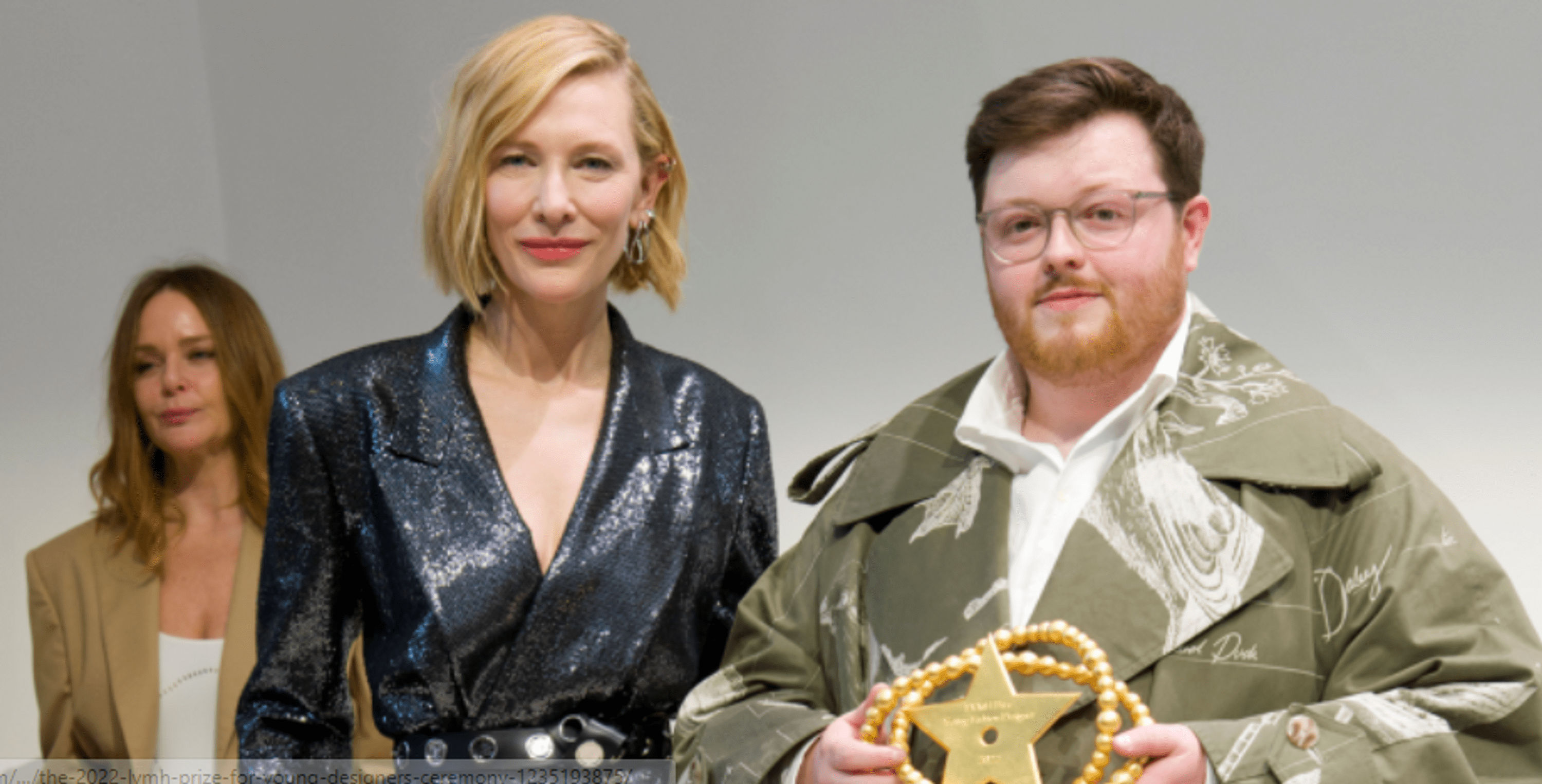 On June 2, the final of the LVMH Prize 2022 competition for young designers took place in Paris. Eight brands fought for the victory – a prize of € 300,000, as well as a year of training from the experts of the fashion conglomerate LVMH, whose fate was decided by the jury.

To announce which of the finalists was awarded the title of the most promising designer, actress Cate Blanchett was invited to Paris.

It was she who presented the main prize to Briton Stephen Stokey-Daly, the founder of the menswear brand SSDALEY. The designer has already been noticed by the world fashion press and stellar stylists. For example, his brand’s trousers were worn by Harry Styles.

Unlike last year, not three but two designers received the Karl Lagerfeld Award (€150,000 and a year of mentoring from the conglomerate’s specialists). They were Eli Russell (who recently presented a collaboration of his brand ERL with the Dior men’s line ) and Idris Balogun, founder of Winnie NY.

In a previous post, the fashion world saw what “California haute couture” is. The thing is that Kim Jones, the creative director of the Dior menswear line, and the promising young designer Eli Russell Linnetz, the founder of the ERL brand, have joined forces to develop a complete collection. Not surprisingly, the two talents converged: Eli, a finalist for the prestigious LVMH Prize 2022, and Kim, liked for his spontaneity and multidisciplinarity.

In addition to design, Linnetz is also involved in photography and directing videos. He even has a video for Kanye West in his piggy bank. The show of the Dior x ERL capsule collection took place near the famous Venice Beach in Los Angeles, and Windward Ave became the podium.

Kim Jones and Eli Russell Linnetz combined the Californian rebellious spirit and the French love for tradition and the highest quality in dozens of sets – this is how thinly embroidered hoodies worn over shirts with ties, satin trouser suits, and skater sneakers with loose laces and wide tongues, stitched with branded Dior stitching with Cannage motif.