Look at Kate Middleton in a white dress perfect for summer outings - yuetu.info 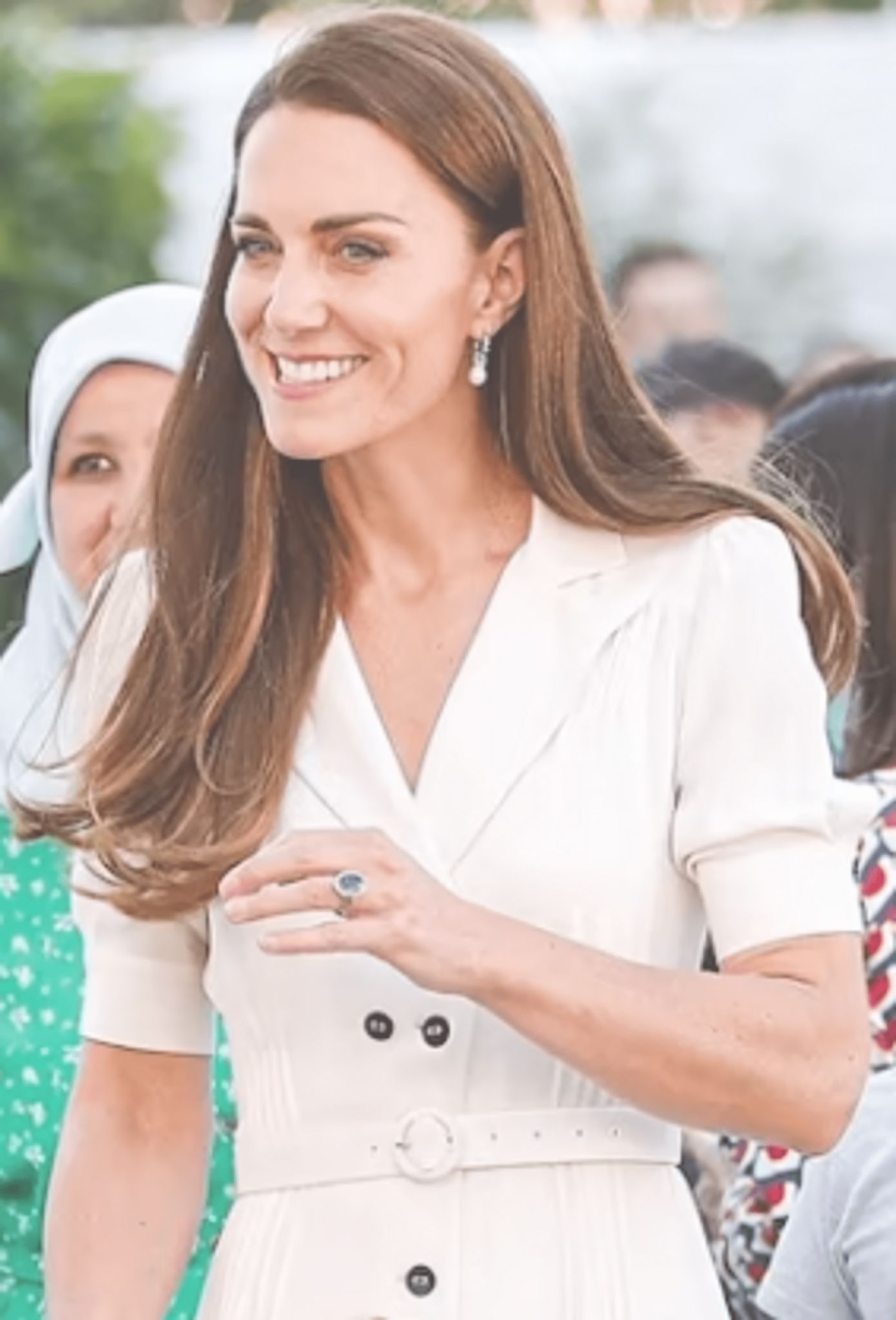 The Duchess of Cambridge has replaced Meghan Markle in another important post.

Prince William and Kate Middleton attended a memorial service at Westminster Abbey to mark the anniversary of the tragedy at the 24-story Grenfell Tower in North Kensington, London.

The horrific fire that killed 71 residents of the tower, mainly from Africa and the Middle East, happened on June 14, 2017. Since then, Meghan Markle has been charitable in curating the victims of the tragedy, but now the duty of the Duchess of Sussex has passed to Kate.

Kate Middleton and her husband laid a wreath of white flowers at the memorial and bowed their heads in a moment of silence. During the visit, the couple also met with relatives of the fire victims and talked to those who came to the tower, promising further support for the victims.

For the memorable exit, Kate Middleton opted for an elegant fitted dress with contrasting buttons and white Alessandra Rich pumps with black capes.

The duchess’s modest and sophisticated outfit perfectly matched the general mood of the event. On Monday, St George’s Chapel at Windsor Castle hosted the traditional knighting ceremony of the Order of the Garter, one of Britain’s oldest knightly orders.

The event was honored by the personal presence of Queen Elizabeth II; however, due to age-related ailments, she did not stay late for the service in the chapel.

Instead, Prince Charles assumed the role of Her Majesty with his wife Camilla Parker-Bowles, Kate Middleton, and Prince William, as well as the Countess of Wessex Sophie.

For the gala appearance, Duchess Catherine chose a look in the shade of a cloudless sky: an azure coat dress, a Juliette Botterill hat embellished with a rose to match, and a set of G. Collins & Sons precious jewelry with diamonds and tanzanites earrings and a pendant on a chain..