Kristen Stewart almost showed too much in an open jumpsuit - yuetu.info 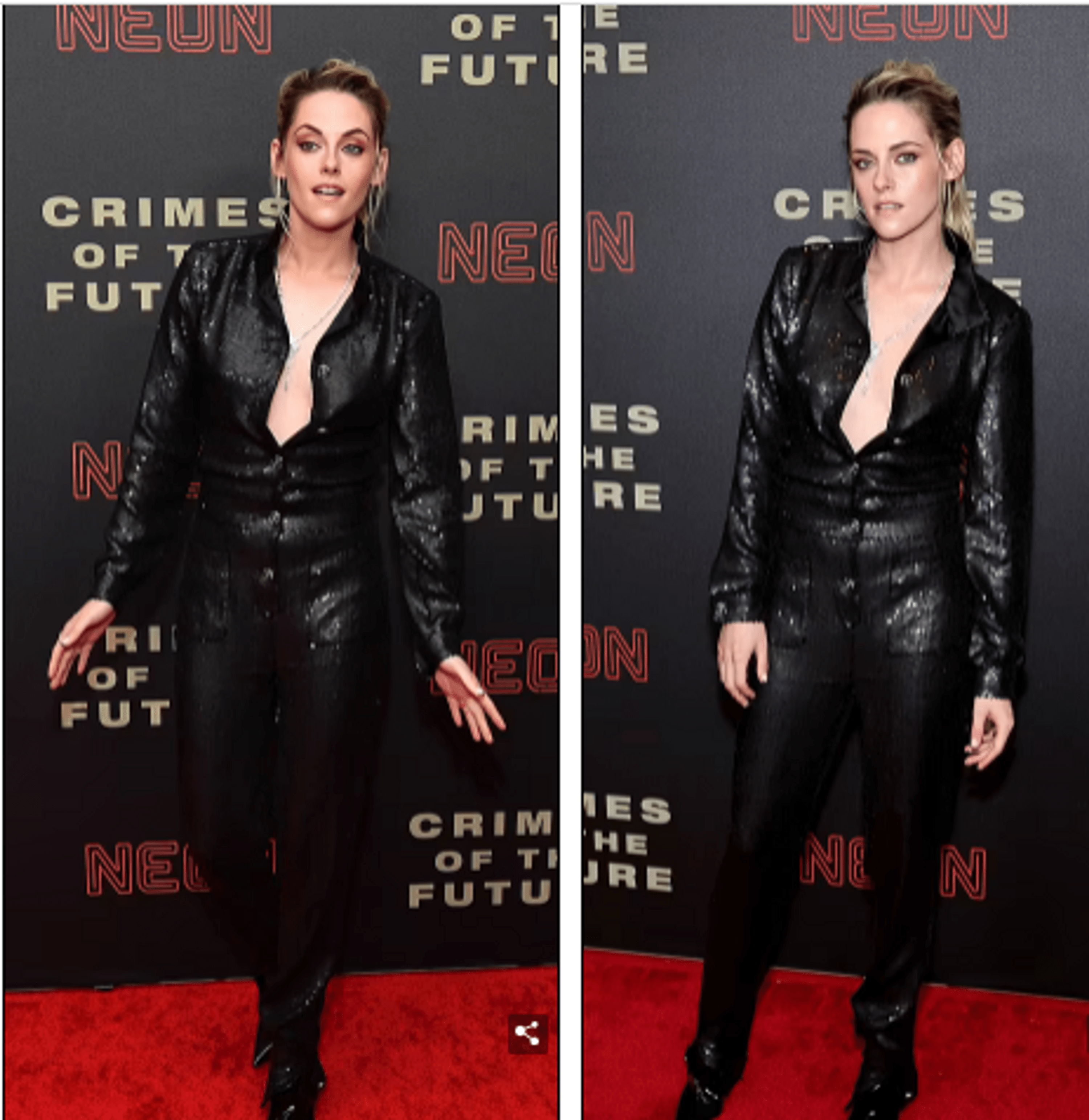 Stewart flew to New York with her lover Dylan Meyer, but she appeared alone at the premiere. For the release, Kristen chose a black jumpsuit from Chanel, embroidered with sequins and shoes in his color.

Kristen has been the face of the fashion house for many years, so at official events, she always appears in outfits from the famous brand.

The film had its world premiere at the last Cannes Film Festival, where it competed for the Palme d’Or. The film is set in the near future, where people are faced with accelerated evolution syndrome, as a result of which their bodies change in amazing ways. Some become so addicted to this ability that they begin to use it for criminal purposes.

In a previous post, Already this weekend, the anniversary 75th Cannes Film Festival will come to an end.

In the meantime, we still have the opportunity to admire the stunning outfits of celebrities on the red carpet. So, on May 23, the premiere of the film “Crimes of the Future” was shown at the Palace of Festivals and Congresses, which brought together many celebrities. It’s worth starting with 64-year-old Sharon Stone. She, as always, made a splash on the red carpet, appearing in an emerald Dolce & Gabbana dress adorned with Swarovski crystals. The leopard-print dress with a slit from the beginning of the thigh emphasized the outstanding figure of the actress. And the image was complemented by massive earrings, a ring, and sandals.