Kim Kardashian showed how to wear red this summer - yuetu.info 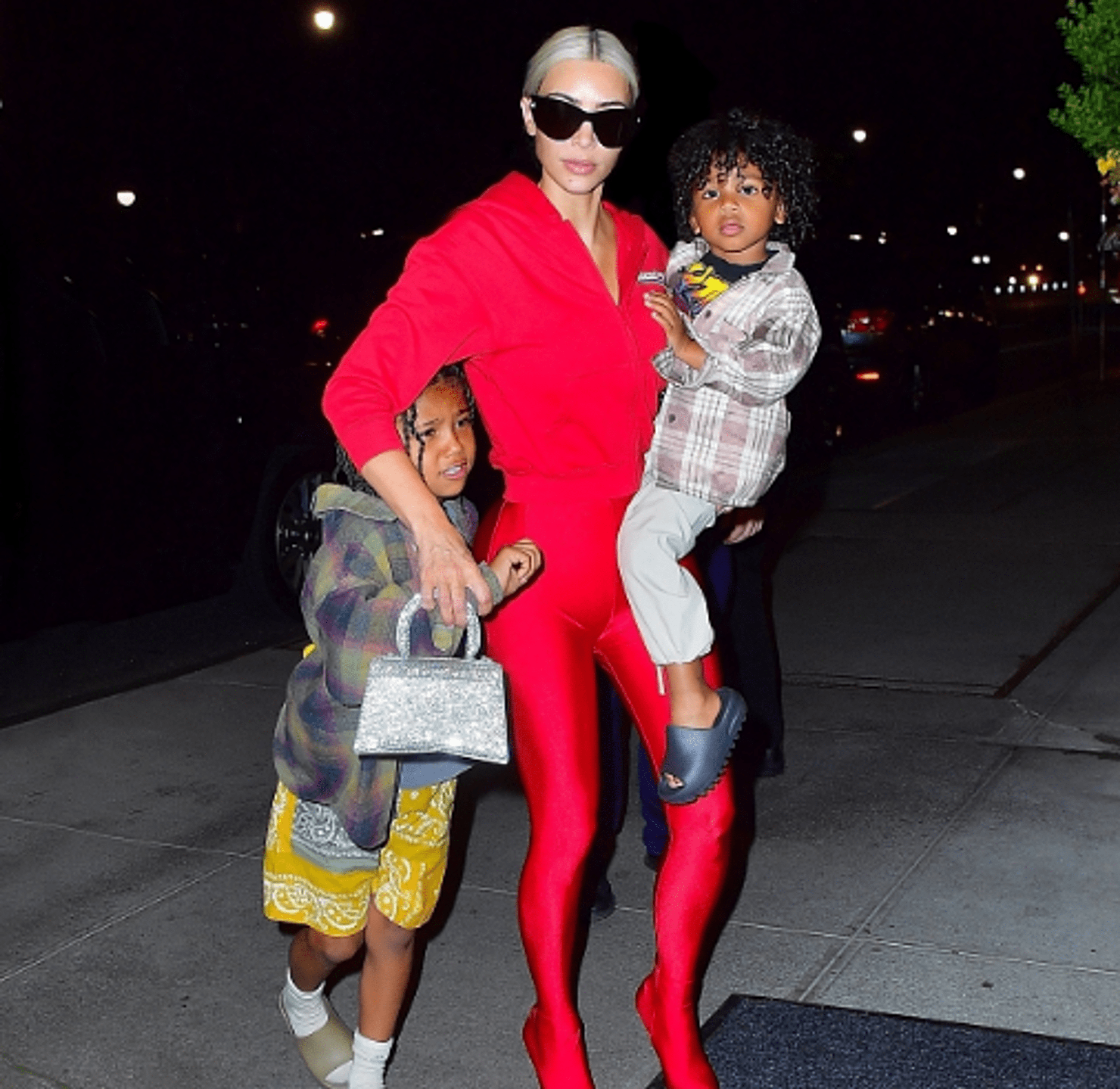 The star appeared in her favorite outfit in a new shade.

Kim Kardashian, 41, was hard to miss as she crossed the sidewalk with her sons in a Balenciaga total look.

For everyday business, the businesswoman opted for an already proven look, consisting of a cropped sweatshirt with a zip and fiery red leggings.

Chunky sunglasses and a rhinestone-studded Hourglass bag complemented the bright outfit, while Kim’s hair was parted in the middle and gathered in a tight bun. Previously, the celebrity was spotted in identical gray, black and pink outfits.

The reality TV star was joined by two of four children – six-year-old Saint and three-year-old Psalm, whom Kardashian held in her arms.

The boys wore checkered Yeezy shirts and sneakers designed by their father, Kanye West. Recall that the other day Kim attended a family event with children without her boyfriend, Pete Davidson.

In a previous post, He always stands a little behind, often dressed much more modestly than his companion. She is now the main star of any event, the queen of street style, style icon, and fashion influencer.

From plus one on the guest list, Kim Kardashian quickly moved into the category of honorary VIPs. And all thanks to an alliance with designer and rap artist Kanye West.

Early in the relationship, Kanye took it upon himself to fix Kim’s taste by having her throw out all her clothes. The Hollywood diva has repeatedly admitted that she owes her status in the fashion world to her ex-husband.

Prior to meeting Kanye, few people took Kim seriously. Yes, her friendship with Paris Hilton and reality TV opened many doors for her, but the world of luxury and high fashion was not ready to accept her.

Designers refused to provide items for shooting, and no one wanted to associate themselves with the name Kim.