Kim Kardashian continues to lose weight and emphasizes it with tight clothes - yuetu.info 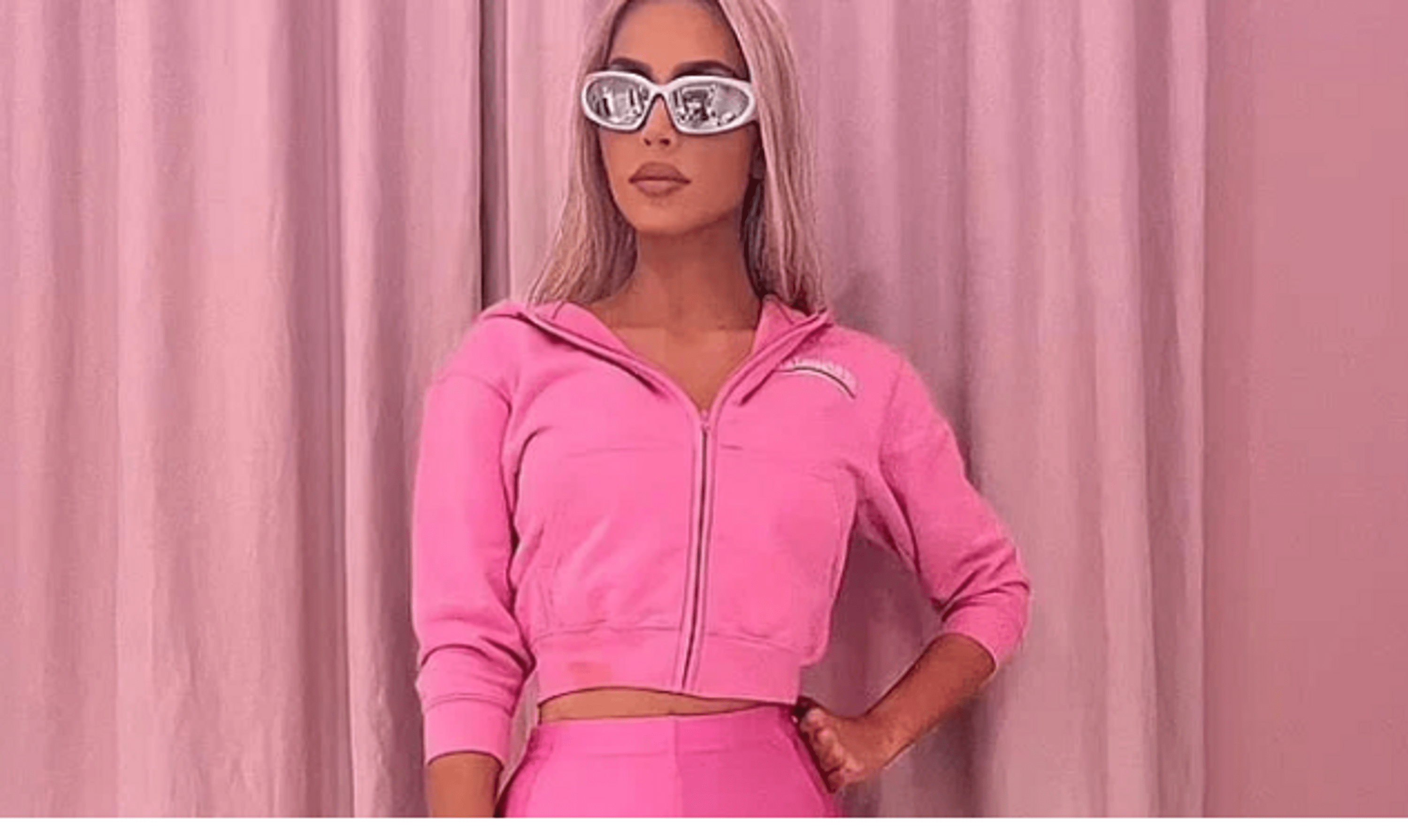 It seems that the reality TV star is not going to return to his former forms. A couple of hours ago, 41-year-old Kim Kardashian posted a new photo on her personal account, in which she is dressed from head to toe in a doll-pink outfit from Balenciaga and lies on a bed covered in satin purple-pink linen.

The star of the reality show “Keeping Up with the Kardashians” was photographed by her eldest daughter North – this is evidenced by the caption to the post: “Pics by North.”

At first, Kim took a super advantageous pose, which emphasized her thin waist, slender legs, and seductive buttocks. Of course, not without the beloved lips “duck” and fingers that showed the symbol of peace.

In other shots, the owner of her own business simply stood in front of a pink curtain; this time, her look was complemented by sports sunglasses with silver-framed mirrored lenses and a small pink bag decorated with a scattering of stones and the letter “B” in place of the clasp.

Kim’s hair was down, and her signature pink-hued make-up was featured on her face, with her cheekbones accentuated.

Followers of Kardashian suggested that she was photographed in the bedroom North, which has recently begun to appear more and more often in her mom’s account. Not so long ago, Kim wrote in one of the posts that she could not believe that her girl would soon turn nine years old.

In a previous post, Kim Kardashian posted a video on her social networks proving that her eight-year-old daughter North West has every chance of becoming a celebrity.

The girl and her best friend Ryan Romulus emotionally performed the song from the cartoon “Encanto” We Don’t Talk About Bruno, sitting in the back seat of the car. The girls put on a real show, dancing, gesticulating, and changing the timbre of their voices.

Ryan took over the role of Pepa, and North sang for Felix, then they switched. “North and Ryan are still talking about Bruno! And it’s still in my head. Lol,” Kim commented on her post.