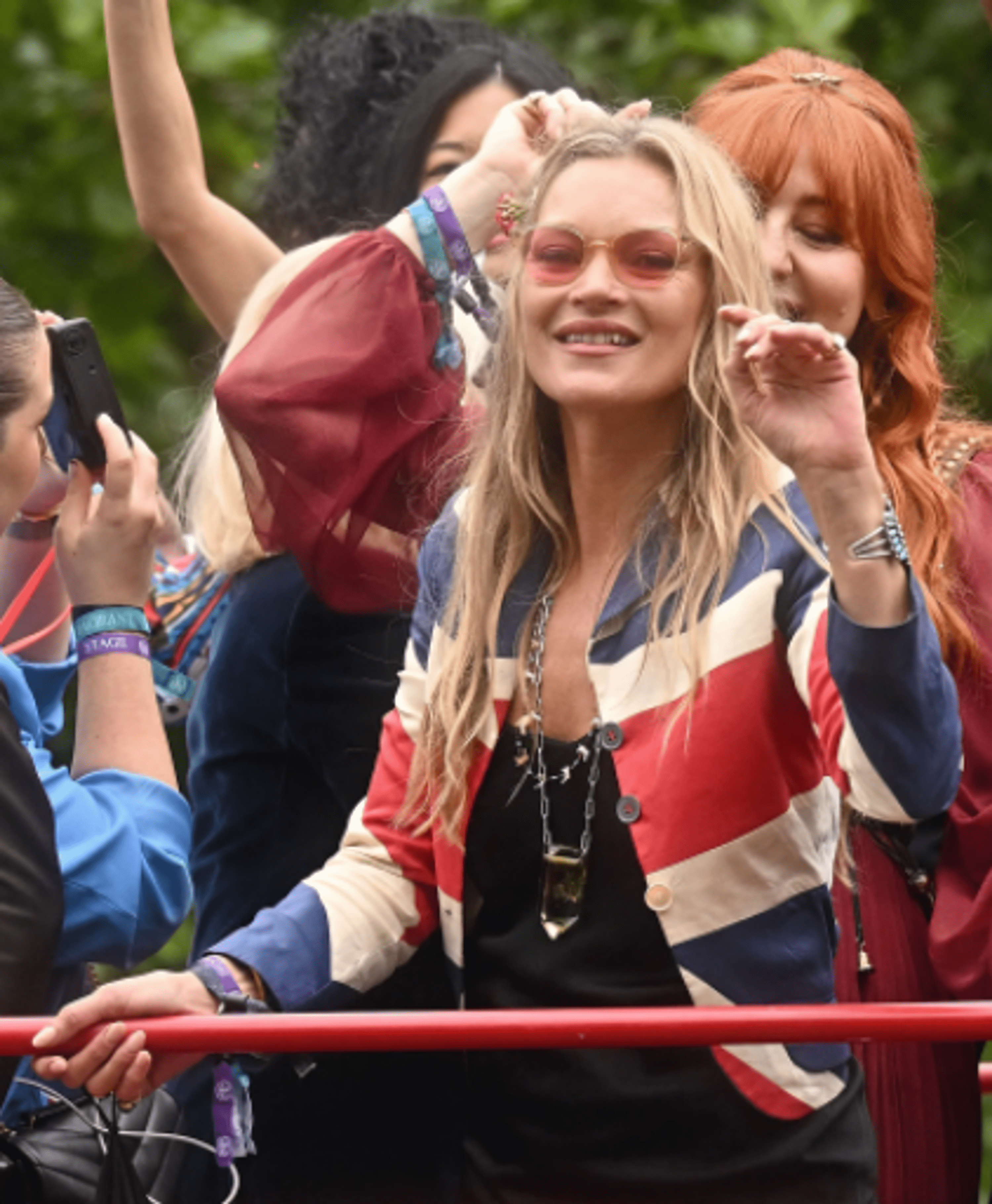 Stars took to the streets in London yesterday to celebrate the last day of the Queen’s Platinum Jubilee weekend. They staged a carnival procession through the capital’s roads to Buckingham Palace.

But even among the illustrious cast of celebrities who attended the spectacle, one fashion icon stood head and shoulders above the rest. And her name is Kate Moss.

Appearing at the event with her friend Charlotte Tilbury, who was hosting a party at Claridge’s before the concert, the supermodel wore a silky black slip dress with an elegant cutout and a pair of red Vivienne Westwood stilettos.

The free-spirited beauty added some of her layered signature boho necklaces to them. But the main decoration of the event was a jacket with a spreading British flag. And if this outfit seems familiar to you, it’s far from simple because Moss puts it on not for the first time.

It turns out that this jacket is a relatively rare item in the history of fashion. Kate originally wore it on the runway in Paris during John Galliano’s Spring 1993 show.

With his creative breakthrough, the designer paid homage to the iconic nation’s culture and naval prowess. He released bustiers and military jackets in these colors. At the time, Galliano often rewarded his models with clothing from his collections, explaining how this item (or a similar one) became a real treasure in Moss’s wardrobe.

However, Kate was far from the only one to re-wear her special outfit this weekend. On Saturday, the Duchess of Cambridge visited Cardiff Castle in Wales wearing a red wool crepe Eponine dress she already wore last year.

She also pulled her playful white Self-Portrait skirt suit for the previous night’s palace party from the depths of her closet. However, few stars can shine as brightly in society as Kate Moss. With her release yesterday, she once again established the title of a true style icon.