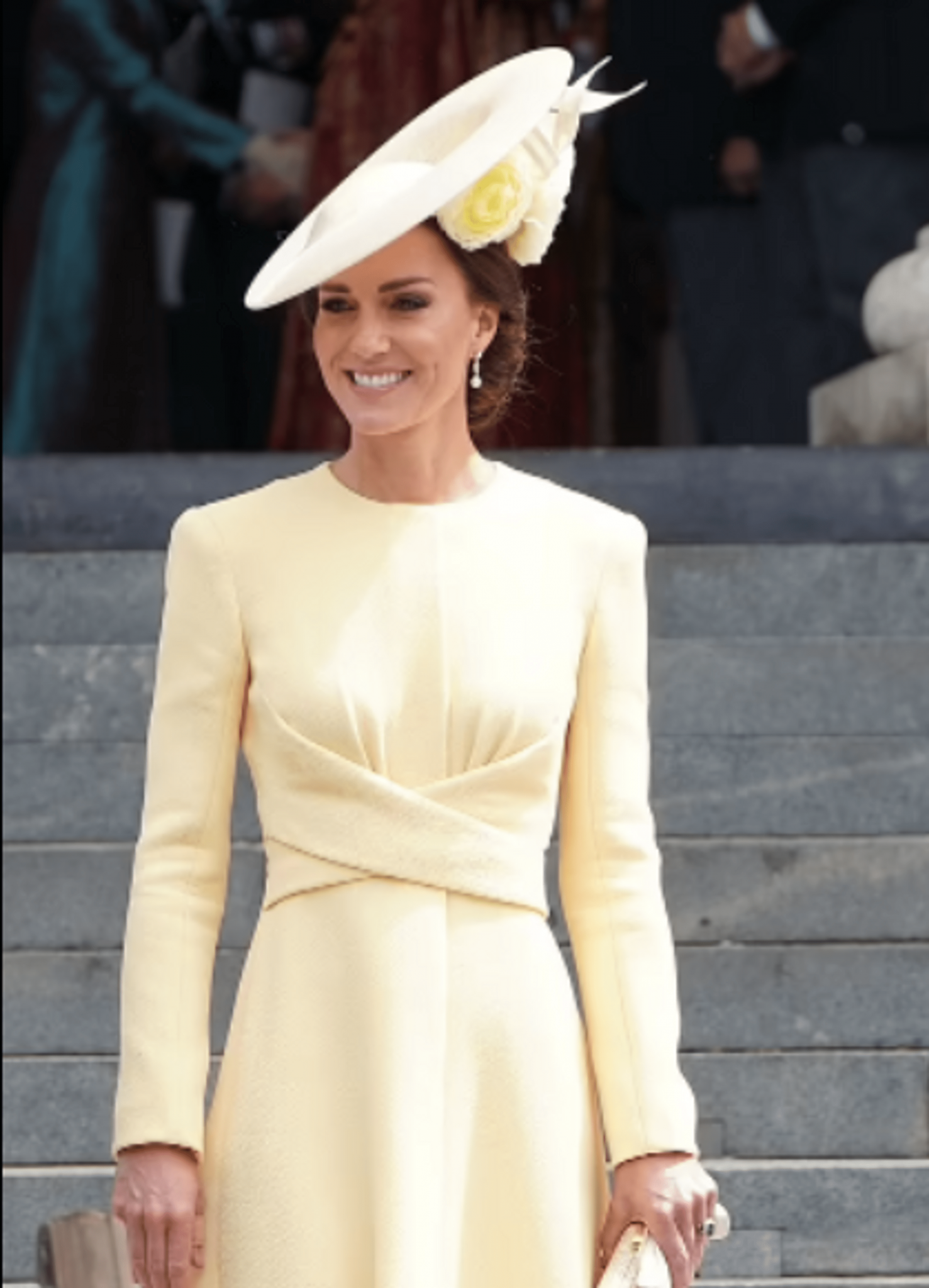 Searches for yellow dresses in the Google search engine increased by 140% after Kate Middleton appeared in a lemon-hued Emilia Wickstead outfit on June 3 as part of the celebration of the Platinum Jubilee of the Queen of Great Britain. This is reported by the Daily Mail.

The publication called yellow the trend of the season because, in addition to the Duchess of Cambridge, who appeared in this color at a thanksgiving service at St. Paul’s Cathedral, actress Anne Hathaway chose it for the Bvlgari jewelry brand dinner last week.

It is noted that there is a 200% increase in the number of requests for yellow dresses for guests at weddings.

“Yellow is a color that always evokes sympathy, and its popularity is growing in the spring-summer season,” celebrity stylist Rochelle White explained to the publication. This color signifies happiness and warmth.

The stylist added that different shades of yellow could suit every skin tone.

“You can never go wrong with this color because it can be mixed and matched with different shades, and it suits any look from sophisticated to sporty and relaxed,” added the stylist.

Earlier, It was told how the celebration of the Platinum Jubilee of Elizabeth II went. On the same day as the Trooping the Color parade, the Queen held a ceremony to light the commemorative lighthouse.

Elizabeth II touched the symbolic globe of the Commonwealth nations, mounted it on a pedestal, and lit a chain of lights that led to the main lighthouse – the Tree of Trees sculpture, symbolizing a million trees planted in the jubilee year.

At the same time, about 3,500 fires were lit across the UK – at historical sites and on the four highest peaks. Fifty-four capitals of the Commonwealth countries also joined the flash mob.

After the lighthouse lighting ceremony, projections of portraits of Elizabeth II made in different years were brought to Buckingham Palace.