Kate Middleton and Prince William, along with George and Charlotte, came in Wales - yuetu.info 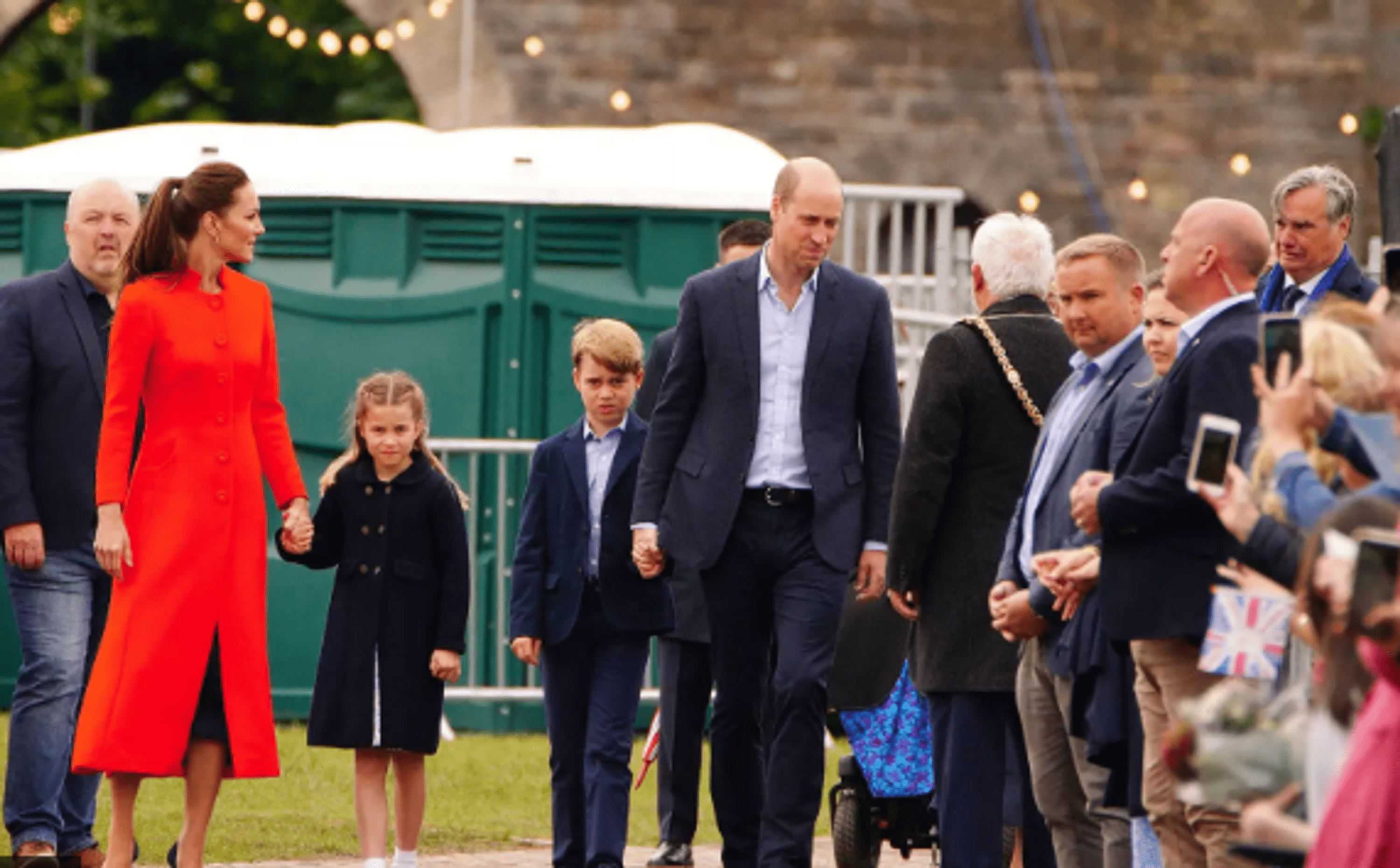 Prince William and Kate Middleton traveled to Wales to celebrate the Queen’s Platinum Jubilee. However, the Dukes of Cambridge decided to surprise the fans and took their eldest children, George and Charlotte, with them on their journey.

True, Prince Louise was missing from a complete family set, but, most likely, the boy was considered too young for such an event. The royal four have already managed to visit Cardiff Castle, where festivities will be held in honor of the historical date of the reign of Elizabeth II.

Many noted that this trip is significant for Prince George, who is now eight years old, because once upon a time, his father, at the same age, went on his first official trip to Wales. In March 1991, together with his mother, Princess Diana, and father, Prince Charles, young William, like George, visited Cardiff, after which a crowd of fans near Llandaff Cathedral handed him daffodils – the national flower of this country.

By the way, for the Dukes of Cambridge, this visit marks not only the celebrations in honor of the Platinum Jubilee: very soon, it will be William who will become the new Prince of Wales, after which his son George will replace him. “The anniversary has historical significance, but it is also an opportunity to show the continuity and the monarchy in general,” explains the royal expert.

Kate Middleton chose a bright red Eponine coat dress and a DeMellier bag for this trip. The look was completed with gold earrings from Spells of Love, designed by the Welshman. Princess Charlotte captivated the audience in a dark blue Amaia coat.

In the midst of the celebration, the Cambridges joined the orchestra, which performed a hit by Welsh singer Tom Jones. Young George especially liked the live music, but he was most interested in the drummer. Earlier, Kate Middleton said that their eldest son is learning to play the guitar with pleasure. The crowd cheered happily for the Cambridge family, which made George and Charlotte a little excited.