Kaia Gerber found the perfect jacket for dinner with her parents - yuetu.info 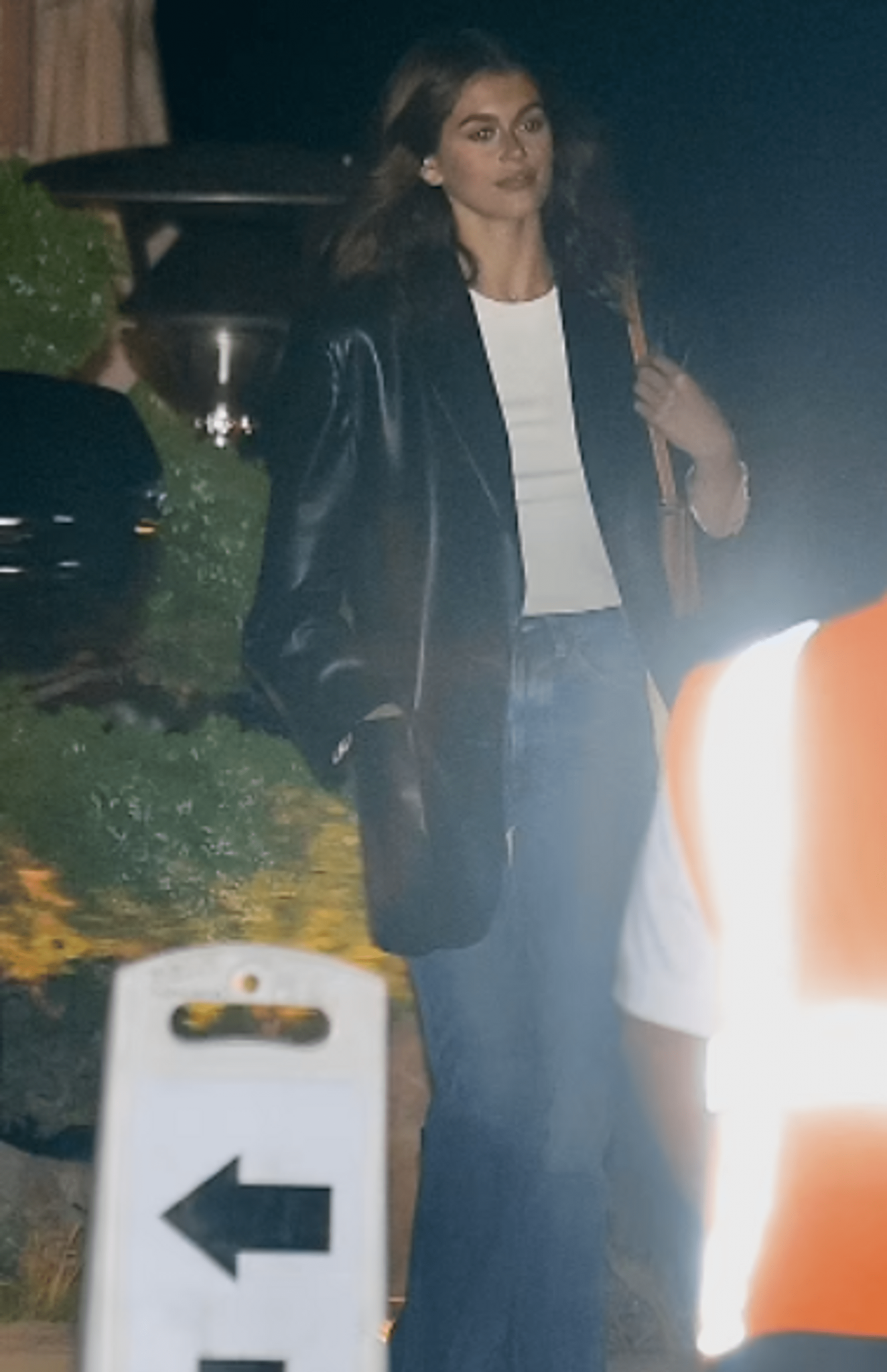 Kaia Gerber was spotted at a family dinner with Cindy Crawford and Randy Gerber at Nobu Restaurant in Malibu. The 20-year-old model looked casual and elegant in a Celine leather single-breasted jacket, white T-shirt, blue straight-leg jeans, and black loafers. A classic choice in the spirit of old Celine, we recall that in March of this year, Kaya became the new face of the French brand. Gerber let her shoulder-length dark hair down and opted for minimal make-up, freshening up the look with a pink blush.

For dinner with the family, 56-year-old Cindy chose a white blouse with a matching jacket draped over her shoulders, black trousers, and elegant weave sandals. While, 60-year-old Randy looked relaxed in a gray shirt with rolled-up sleeves, blue jeans, and sneakers. Kaia polished her pair with black open-toe gladiator heels and picked up a black handbag. Randy, 60, kept her comfortable in a gray shirt with sleeves, blue jeans, and shoes.

Last week, Kaia joined her boyfriend Austin Butler at the Elvis premiere at the 75th Cannes Film Festival. Recall that they have been together since the end of 2021.

She scored her first American Vogue cover in the June / July issue of last year and was again the cover girl in the September issue. Kaia has been dating 30-year-old actor Austin Butler since the end of 2021. Cindy and Randy have a 22-year-old son, Presley, but he was not with the family at dinner.

Both Presley and Kaya followed their mother and joined the modeling industry. Kaia started on the runway in 2017 at the age of 16 and walked with her mother during the 2018 Spring Fashion Week.