Jessica Chastain came out in a seductive blouse with ruffles - yuetu.info 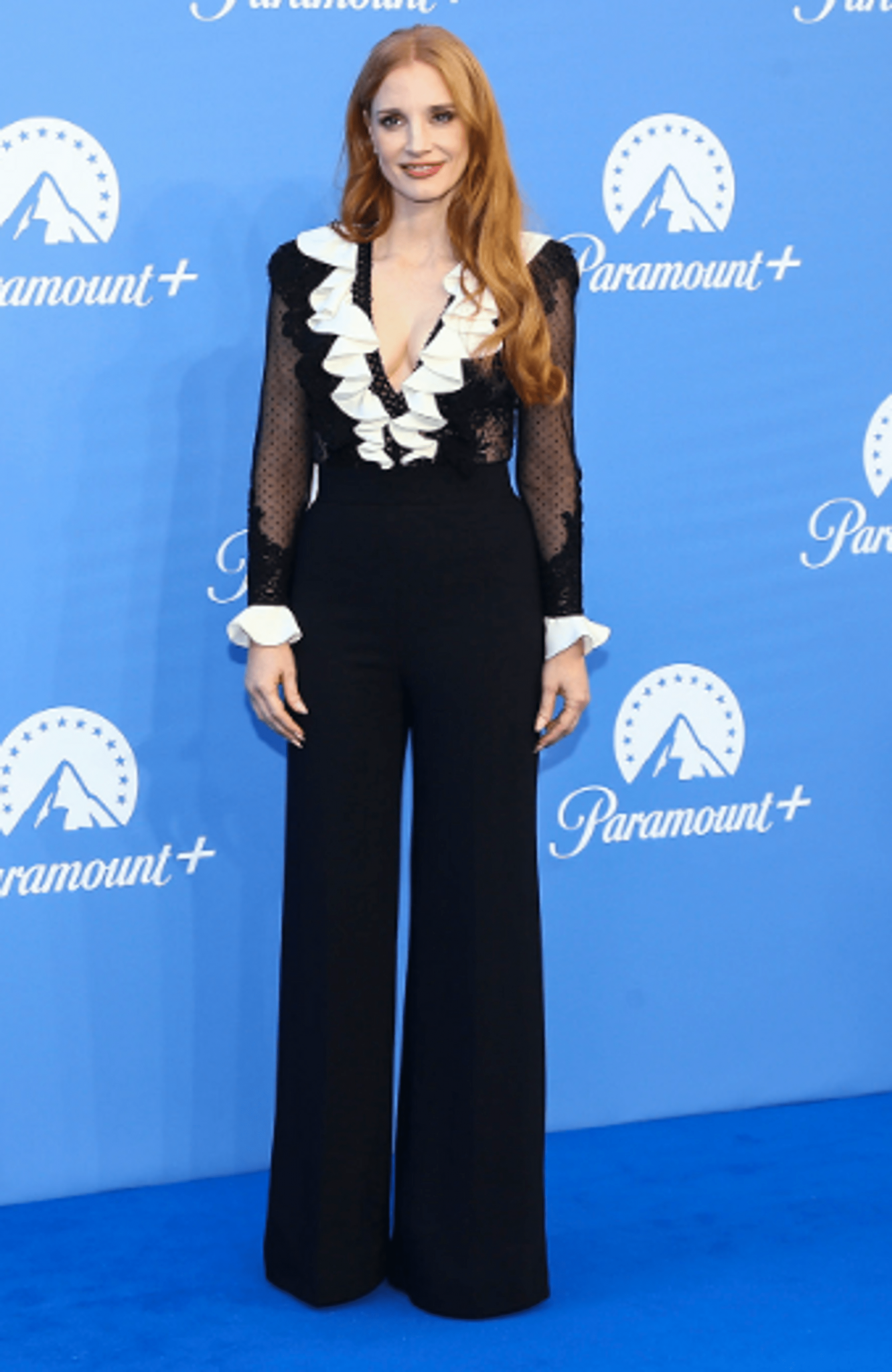 Over the years of her distinguished career, Jessica Chastain has won not only the status of a talented actress but also the title of a star with a unique sense of style.

She always manages to look dazzling but at the same time maintains a slight veil of mystery. Last night in the UK, the copper-haired beauty wowed the guests at Paramount+ UK with her elegant appearance.

On the blue carpet at Outernet London, Jessica appeared in a romantic image that was fraught with echoes of the Victorian era.

The choice of the Oscar winner fell on a translucent lace blouse with a deep neckline and snow-white ruffles along the edge.

The star combined a seductive image with laconic trousers that visually stretched her silhouette. The final touch was a light wavy styling and makeup in peach-pink shades.

The black and white combination, typical for many, certainly sparkled with fresh colors, and Jessica deserves the highest rating, at least for a new reading of an already eternal classic!

In a previous post, Broadway is New York’s largest theater venue, so it’s no surprise that the red carpet at the annual Tony Awards was full of pictures of the theater.

Celebrating the best musicals and performances at the star-studded event, celebrities chose costumes that seemed to need their own stage.

Floor-length dresses have been re-imagined many times, and some celebrities have managed to add a touch of irony to the classic silhouette.

For example, Cynthia Erivo appeared at the party in a white Giambattista Valli Haute Couture dress with a sharp waist and hood.

Jessica Chastain looked like a rabbit in a pink off-the-shoulder Gucci gown. Ariana DeBos shone in a sequined bass gown, while Ruth Negga opted for an Armani private gown with a crystal mesh overlay and deep V-neckline.