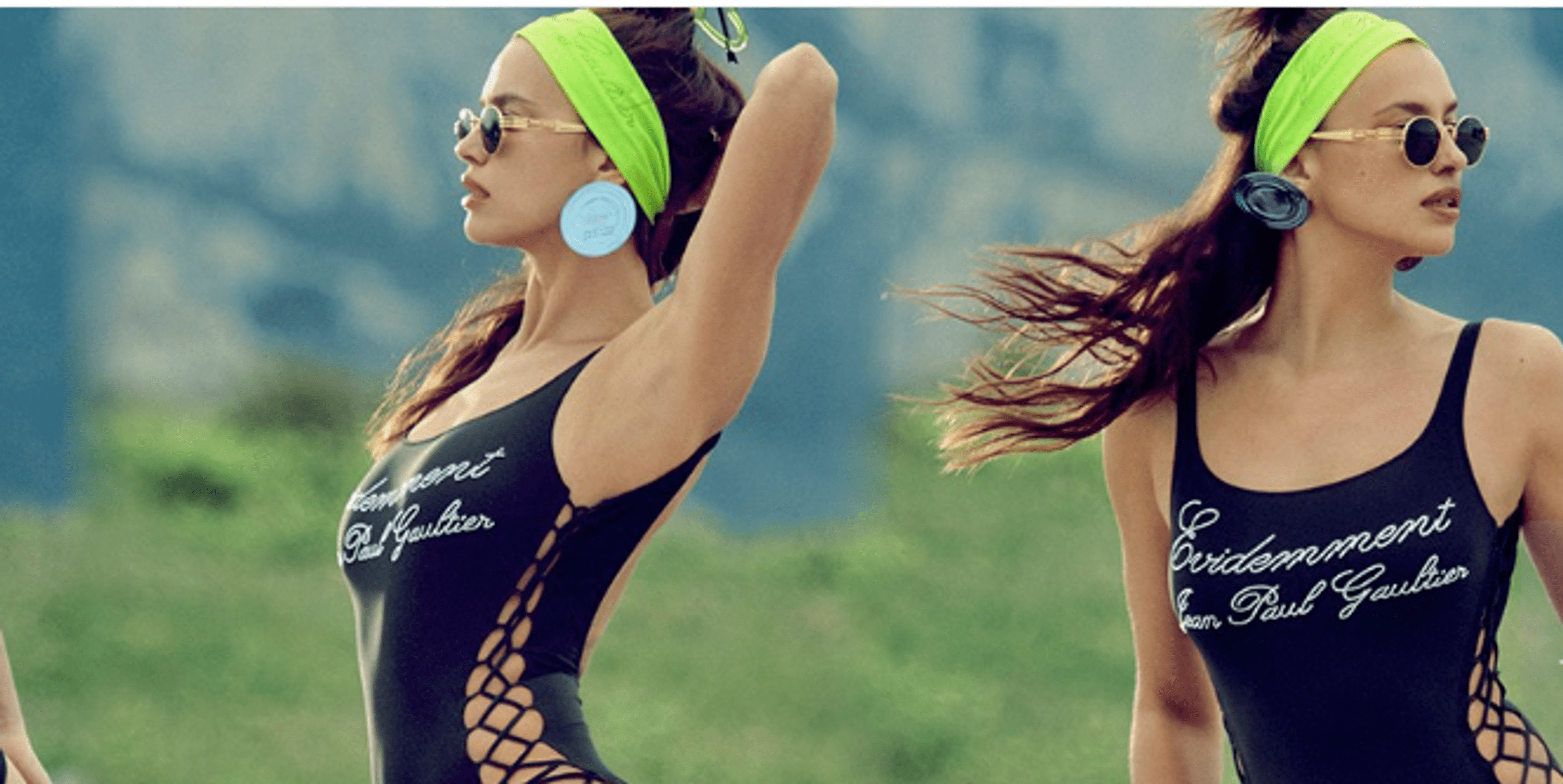 Many of us remember films and series of past decades where beautiful girls lie at ease on the beach to dynamic disco tunes. So, supermodel Irina Shayk recreated the atmosphere of that time in the latest Jean Paul Gaultier campaign.

The luxury brand returns to the French Riviera at the beginning of the 21st century. The authors of the idea managed to combine an obvious love for the sultry silhouettes of the early 2000s with a penchant for prints straight from the 90s.

The brand hasn’t been afraid to reimagine its iconic designs through a modern lens, paired with a slightly ironic intro with yellow type on the background. In the summer collection, the brand favors bright colors, using acidic pinks, limes, or more delicate peach and lavender colors.

The fashion house pays homage to the 1994 spring-summer show called Les Tatouages ​​and re-adapts the paper banknote print in a more stretched and repackaged look.

Inspired by the natural landscape, one of the options for a vintage outfit combines branching palm trees and monetary symbols. Like a washed-up mermaid in cute flippers, Irina appeared in a translucent top with ties, a neon bandage, a mask, and large hoop earrings resembling berry caramel.

A similar image with the model’s leggings was also complemented by a tattoo in the form of a heart with a piercing arrow made of rhinestones with the brand’s name. Admit it; who went crazy from a similar cute inlay?

Of course, it is difficult to imagine an icon of that time without a fluffy dog ​​nearby, so the tailed companion became a true friend of Irina Shayk during a photo shoot and shooting a promotional video. Not without a cropped T-shirt, low-rise jeans, a denim hat, a corset top, a leotard with side ties, and an elegant vest.

Even the classic two-piece suit with a delicious chocolate-colored skirt was complemented by bright neon embroidery with the brand’s logo.