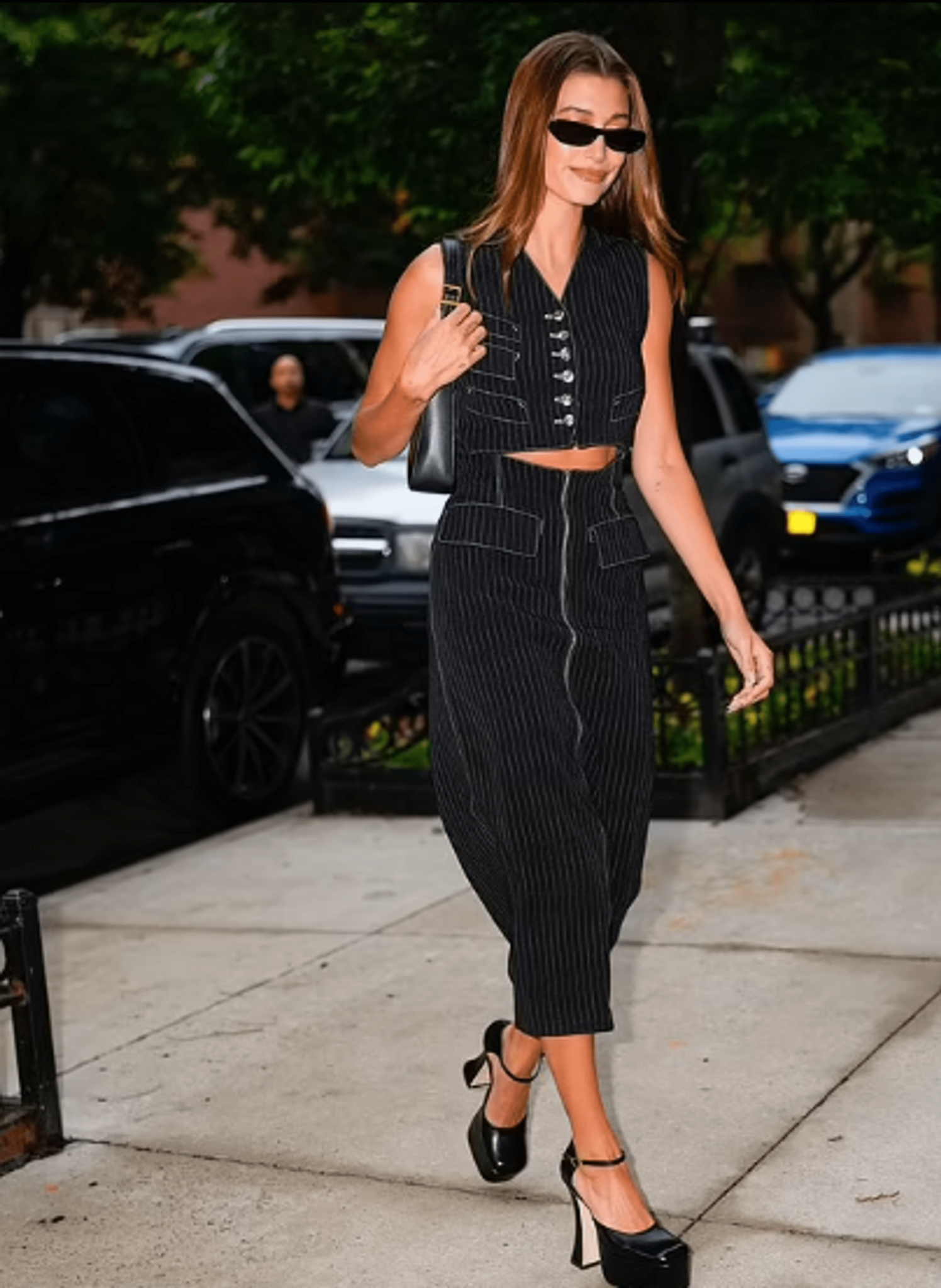 As many fans of the model note, she began to look more mature: she began to give preference to more restrained, classic things, think over extravagant exits so as not to seem too frank, and try on vintage. In Hailey’s new street style shot, fashion enthusiasts recognize the dress as being over 30 years old.

A dress imitating a suit vest and a pinstriped skirt was shown on the Jean Paul Gaultier runway in the fall-winter 1992/93 collection. Found this rare lot by Marie Laboucarrier, the founder of the famous Parisian vintage store Nina Gabbana Vintage, which is loved by the stars. For example, Marie often works with Rihanna.

Right now, vintage items from famous fashion houses are taking over the wardrobes of stars with renewed vigor. So, during the 75th Cannes Film Festival, it was the exits in archival outfits that became the main objects of media attention.

For example, Bella Hadid, along with stylist Lowe Roach, conquered the red carpet with several vintage Versace outfits. A few months ago, fashion journalists noted the emergence of another style icon – Megan Fox, who suddenly broke into the information field thanks to a new image.

The image of the actress was invented and implemented by star stylist Maeve Reilly, who became famous thanks to her collaboration with Hailey Bieber and Tiktoker Dixie D’Amelio.

As Welch admitted in numerous interviews, it is important for her to build an image for clients that would not argue with their characters and attitudes. The stylist strives to work out outfits for both red carpets and parties, and everyday outings, and they do not differ from each other enough to leave fans and fashion journalists in bewilderment.