Fashion tricks from the VTMNTS men's show spring-summer 2023, which can be repeated for girls - yuetu.info 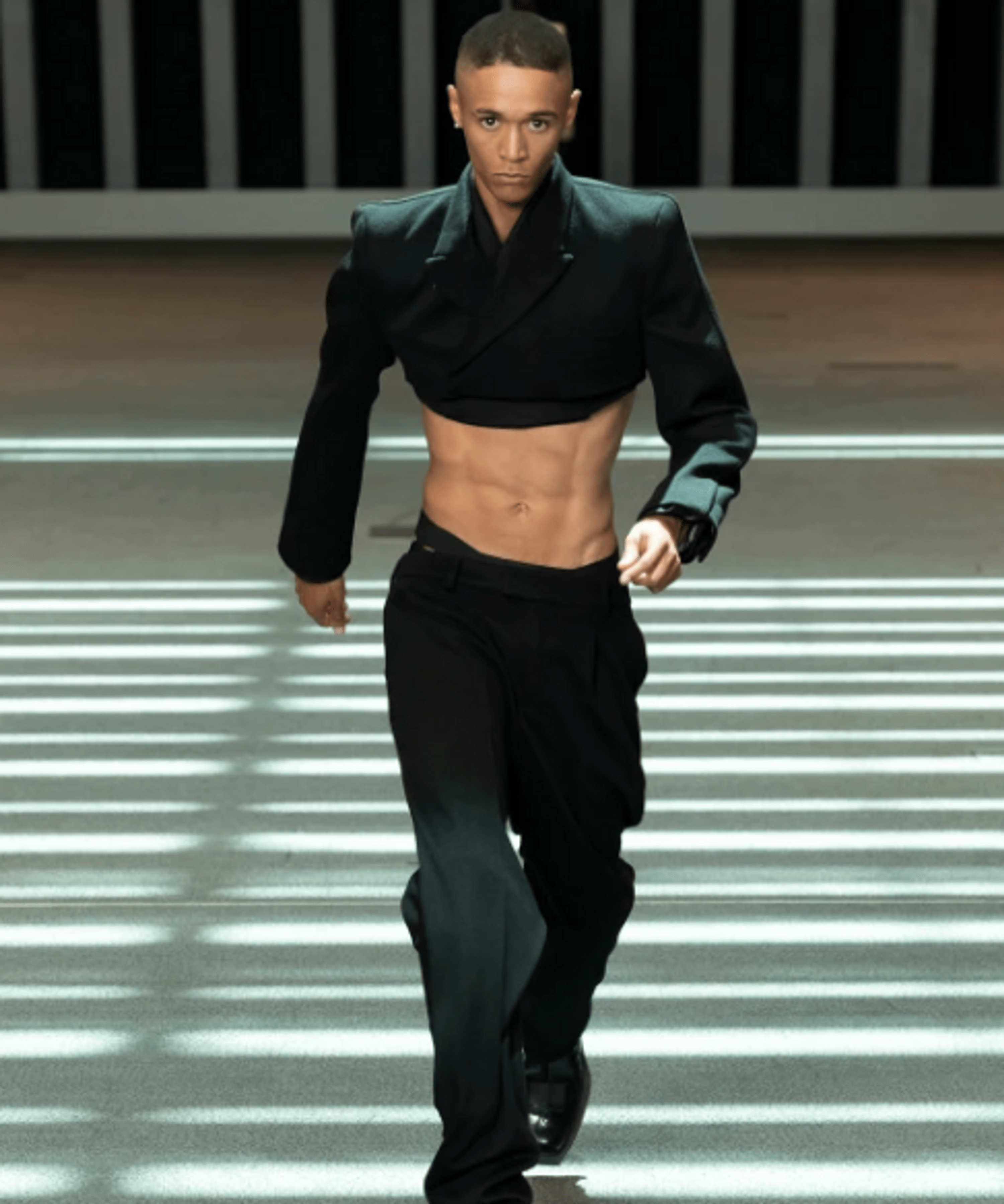 Guram Gvasalia showed his third independent collection after the release of the famous brother, the creative director of Balenciaga Demna, from the family business, the VTMNTS brand.

So, in the video presentation of the spring-summer 2023 men’s collection, filmed on the territory of the Zurich airport, Guram decided to show the “new minimalism” and the new generation uniform.

According to the creative director of VTMNTS, modern men are not afraid to wear crop tops, cropped jackets reminiscent of Fendi’s men’s spring/summer collection, and low-rise trousers that help showcase underwear.

Another trick that Guram repeated after colleagues from other brands is double jeans and leather trousers as if they were put on each other.

A styling trick worth noting after watching the presentation of the brand is the combination of several outerwear models in one look. So, the VTMNTS team supplied the leather coat with another crocodile-like trench coat, and over the classic trench coat, tightened at the waist, they put on the same, but in a different shade.

The trend for the brave is a combination of over-the-knee boots with a wide top and mini-shorts, which were also worn by guys on an impromptu catwalk. Guram offers to combine such a bottom with cropped bombers, jackets, and basic sweatshirts.

In a previous post, Despite the fact that Cristobal was born in the small town of Getaria in the Basque Country, the designer subsequently moved to Madrid, and later, when the civil war broke out in Spain in 1936, to Paris.

It was there that the couture salon Balenciaga opened in 1937 on George V Avenue. Demna Gvasalia, whose path began in Soviet Georgia in the 1980s, went to study economics in Germany in 2000, later entered the Royal Academy of Fine Arts in Antwerp, and then settled in Paris to first get a job at Maison Margiela and later at Louis Vuitton.