Bella Hadid, in a sky blue set, spends time in the company of her lover - yuetu.info 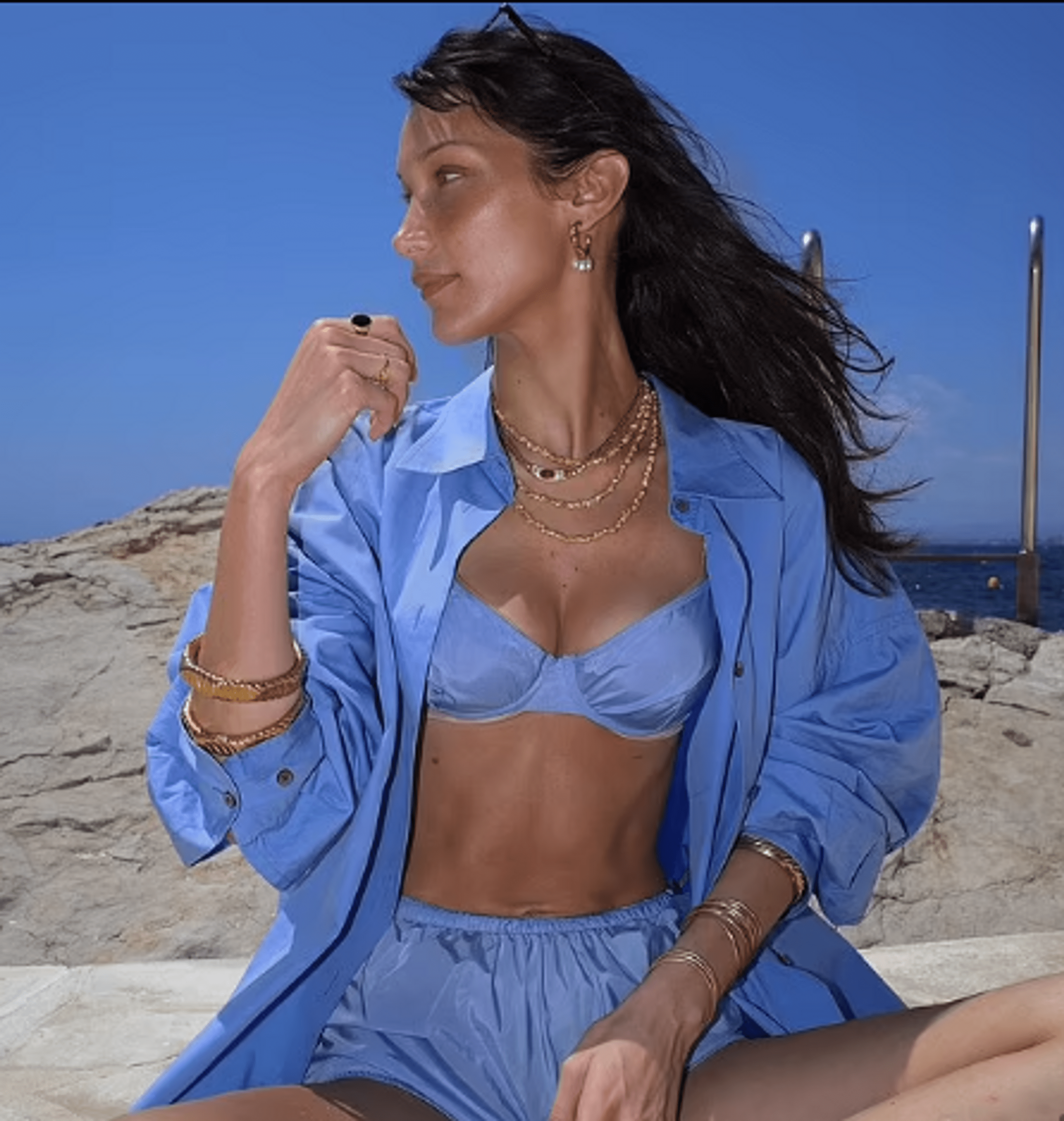 The top model shared sunny snaps from a romantic trip to St. Barts. The 25-year-old supermodel once again delighted fans with a series of dazzling photos from her vacation with Mark Kalman. Bella posed on the rocks in a beach set consisting of a swimsuit, shorts, and a voluminous shirt. It was clear that the girl was inspired by the retro aesthetic of beach looks, a bra with a small push-up, combined with short shorts, was reminiscent of bathing suits from the 1960s.

Despite the fact that Hadid wore a matching cape over the ensemble, she opened it, sunbathing and breathing in the sea air. The image was complemented by gold jewelry, including numerous bracelets, necklaces, and rings. In a series of shots, the model appeared in a natural way, allowing the wind and saltwater to make her wavy styling.

Bella’s boyfriend also appeared in photos from their romantic trip. The lovers sunbathed on the rocks and had fun jumping into the Caribbean Sea. In July last year, Hadid shared the first joint picture with Mark on social networks. Recall that the couple began dating in July 2020 but carefully hid it from the press. To date, the model rarely discusses the topic of relationships in interviews but sometimes shares charming shots of joint trips.

Earlier, the fashionista shared similar photos, adding shiny makeup. There was a long post with a carousel of pictures detailing Kin Euphorics’ new soft drink line. Playful shots show the model in high spirits as she draws her long hair in dramatic poses. Hadid left the photo untitled, but that didn’t stop his 52 million followers from pressing the “Like” button more than 500,000 times. The model looked gorgeous, showing off her even skin tone and no makeup.