14-Year-Old daughter Jennifer Lopez out: She does not consider herself a girl - yuetu.info 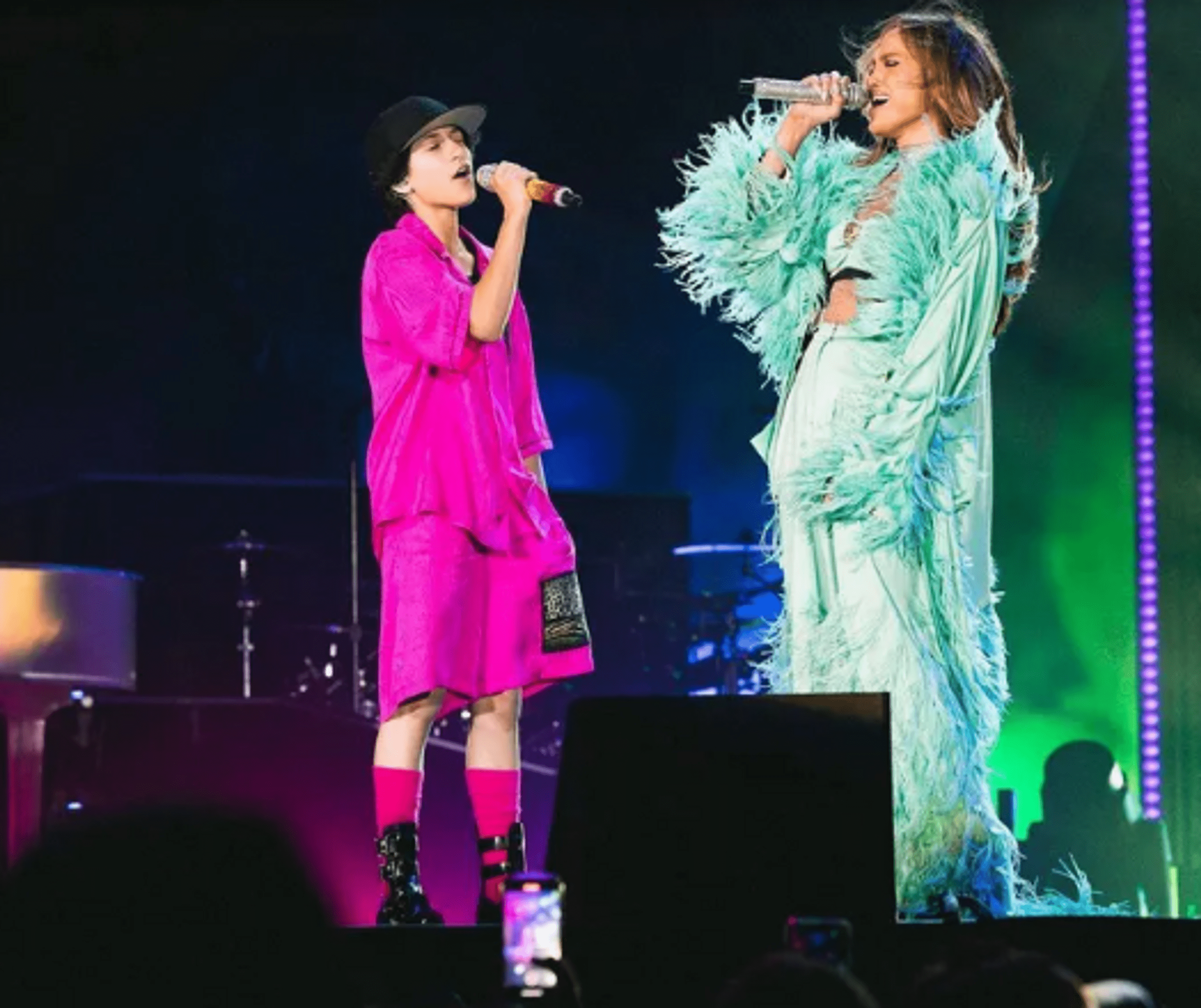 Children of Naomi Watts, Madonna, Charlize Theron, and many other stars call themselves queer people. It turned out that her daughter Jennifer Lopez considers herself a minority.

Fans of Jennifer Lopez could not contain the words of delight! The pop star proved to everyone that in her family, there are only talents. The day before, J. Lo performed at the Blue Diamond gala and invited her 14-year-old daughter Emma to the stage.

During a recent concert in Los Angeles, the pop diva invited 14-year-old Emma Anthony to perform on stage with her.

The girl came out to her mother in loose boxer shorts, a loose shirt, and a black baseball cap, hiding a short “boy-like” haircut. She held a rainbow microphone in her hands as if hinting to the assembled fans that she was planning to come out.

Jennifer herself decided to dot the i’s. The singer addressed her daughter using the pronoun “they” (queer people deny the use of only two genders .

For their performance, Jennifer Lopez and her daughter chose bright looks: the singer wore a turquoise suit with lots of feathers, and Emma chose hot pink shorts and a shirt.

We remind you that Lopez is raising twins born in marriage to Marc Anthony. Previously, Emma constantly wore dresses and skirts, but over the past two years, the girl’s style has changed a lot: she cut her chestnut curls and stopped wearing feminine clothes, preferring gender-neutral styles.

Now it became clear that this decision had special preconditions. By the way, it seems that J. Lo’s daughter came out at this concert.

The star mother, inviting Emma to the stage, addressed her as “they,” and, probably, the teenager positions himself as a non-binary person that is, he does not consider himself to be either female or male.