Victoria Beckham showed the most seductive dress from her collection - yuetu.info 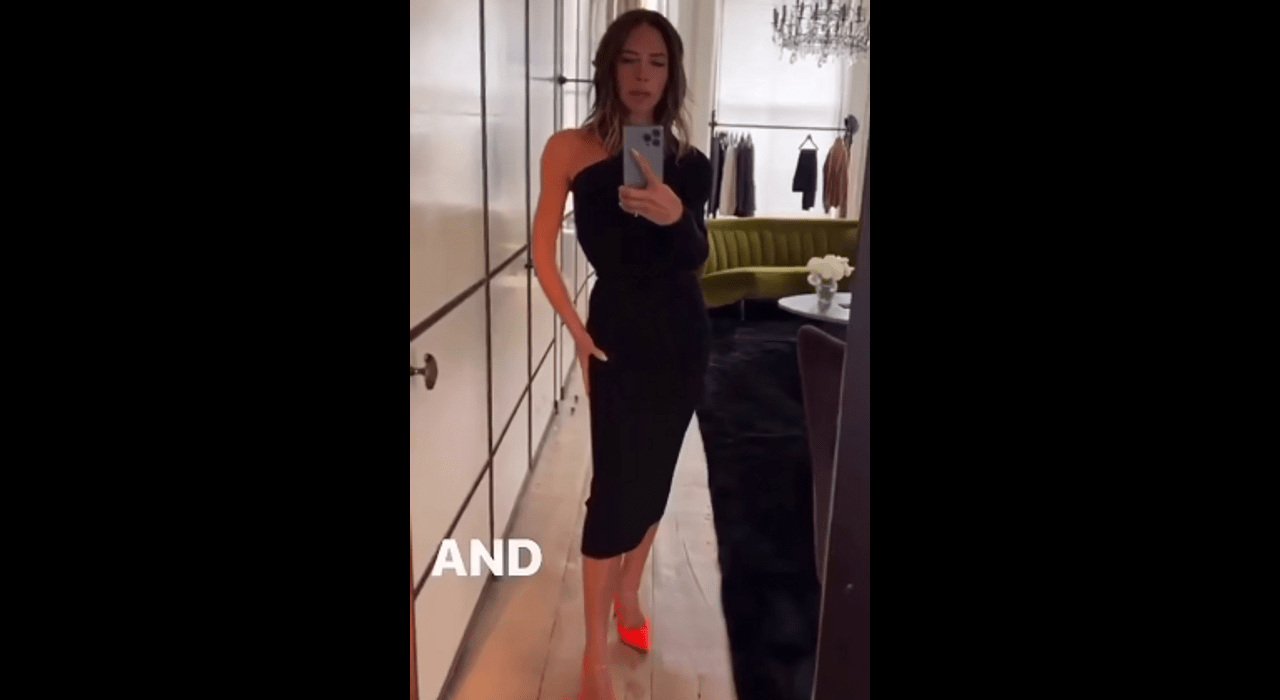 The name Victoria Beckham is now strongly associated with elegance and luxury. Always impeccably chosen images, laconic hairstyle, and simple make-up – it is impossible to find Victoria unprepared for a meeting with photographers and the whole world.

But naturalness and minimalism have not always been Posh’s fashionable weapons. During the Spice Girls and in the 2000s, Victoria preferred bright prints and revealing cutouts to discreet turtlenecks and wide trousers, without which it is now impossible to imagine a star’s wardrobe.

The intricately tailored dresses, combining several patterns and materials, were soon complemented by the signature asymmetrical hairdo and tan. Victoria was not shy about tight silhouettes and plunging necklines and also adored the mini length on dresses, skirts, and shorts.

The designer actively promotes the new VB Body clothing line and tries it on herself.

Victoria Beckham, designer and mother of many children, who overshadowed the bride with her impeccable appearance at the recent wedding of her eldest son, again delights fans. This time, comments with compliments on social networks appear under a photo in a black bodycon dress from the new line of Viki’s brand, VB Body. Seeking to replicate the success of Kim Kardashian’s SKIMS lingerie brand, Posh Spice has created a permanent capsule collection of carefully crafted, form-fitting knitwear designed to flatter the figure.

The celebrity demonstrated a black dress with an asymmetrical sleeve, which was immediately sold out on the website of the Victoria Beckham brand.

In numerous interviews, Victoria stated that she was, in fact, overweight, so there was always play in her life. She spends every morning in the gym. Sometimes she exercises on her own, and sometimes she has a personal trainer, Bobby Rich. He also coaches Victoria’s husband, David Beckham, 46.