Two looks of Brooklyn Beckham and Nicola Peltz that every couple should repeat this spring - yuetu.info 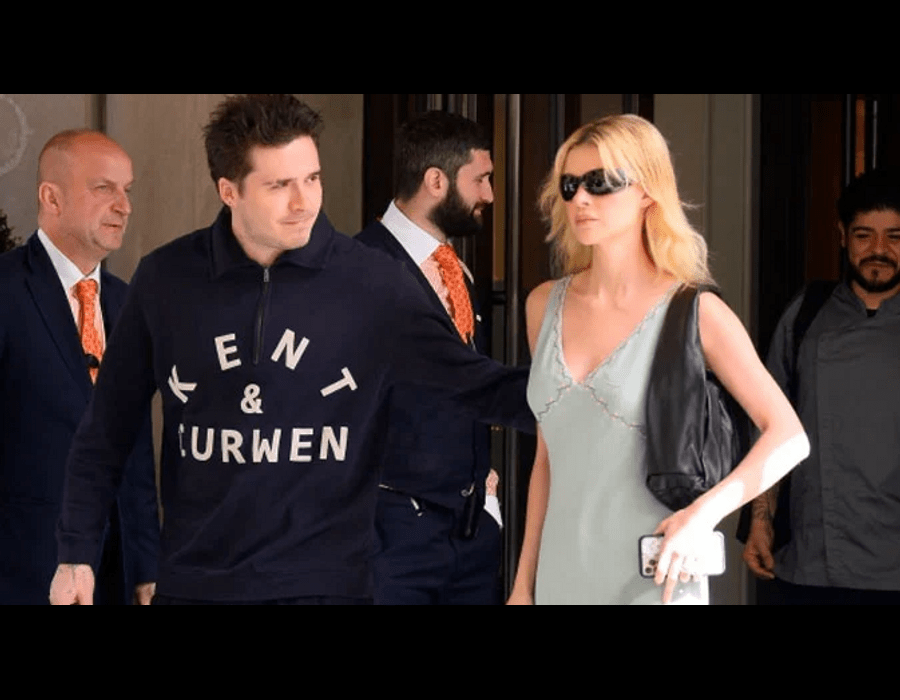 The newlyweds were captured in New York, where they stayed after the Met Gala Costume Institute ball.

After a high-profile wedding, which took place in a luxurious mansion in Palm Beach in mid-April, the Peltz-Beckham couple did not leave for distant paradise islands to enjoy each other and new status. On the first Monday of May, the newlyweds appeared on the red carpet of the Met Gala 2022 Costume Institute ball and were in no hurry to leave New York after the event. Instead, the paparazzi met Nicola and Brooklyn at the exit of their luxury hotel.

Palm Beach hosted the most anticipated wedding of 2022: 23-year-old Brooklyn, eldest son of Victoria and David Beckham, and actress Nicola Peltz exchanged vows of fidelity on a $103 million estate owned by Nelson Peltz, the bride’s father.

The 27-year-old actress looked like a style icon of their 1990s era: a minimalist, flowing Reformation linen-style dress with delicate embroidery at the décolleté, chunky Versace mules, a Bottega Veneta Shoulder Pouch bag, and glasses like fashionistas of the last decade of the 20th century made up the perfect set. However, Brooklyn looked more modest and opted for navy blue trousers, a Kent & Curwen sweatshirt, and white sneakers.

Earlier in the day, the celebrity couple was spotted by reporters on the streets of New York: Nicola was dressed less spectacularly but also in the spirit of the nineties – a sweatshirt draped over a white T-shirt, wide jeans with patch pockets, Versace platform shoes and the same glasses. This is because it made up a stylish universal set for every day, acting as a headband.