The 20-year-old daughter of Cindy Crawford starred in a corset with a neckline - yuetu.info 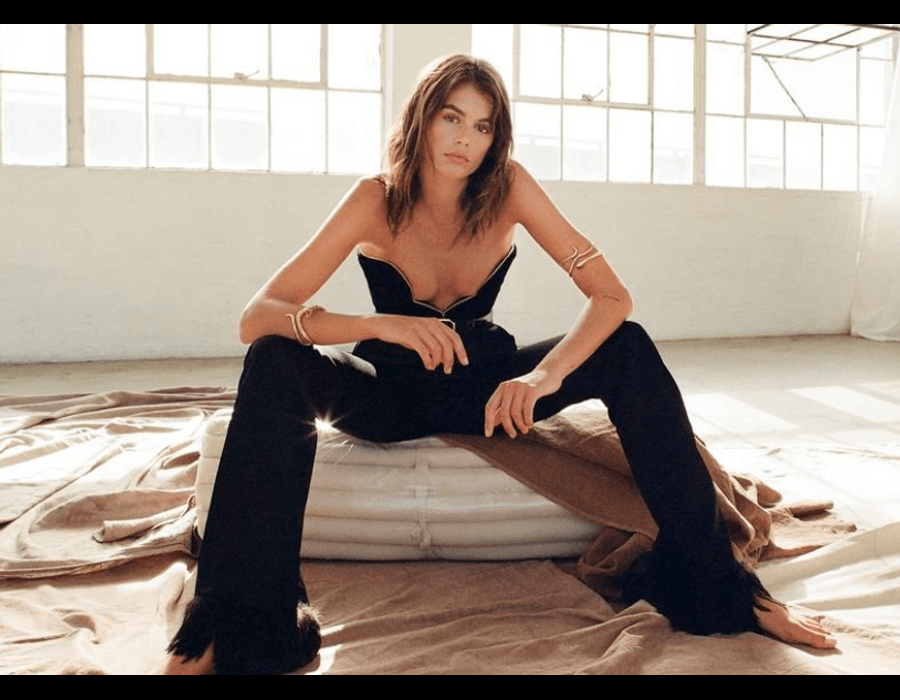 The daughter of supermodel Cindy Crawford, 20-year-old Kaia Gerber, appeared on the cover of the tenth-anniversary issue of The Travel Almanac in a corset with a decollete. The corresponding pictures appeared in the official account of the publication on social networks.

20-year-old Kaia Gerber became the main character of the tenth-anniversary issue of The Travel Almanac magazine. During the shooting, the daughter of Cindy Crawford changed several spectacular images at once. So, the heiress of the supermodel posed for the cover of the publication in a corset with a neckline, and in the rest of the shots, she posed in a tight black dress and a scarlet catsuit.

Kaia Gerber is following in her mother’s footsteps. The girl made her debut as a model at the age of 5, starring in an advertisement for children’s swimwear brand Melissa Odabash, and five years later, she became the face of the Young Versace collection. When she was 16 years old, she first appeared on the catwalk at the Calvin Klein show in New York, and since then, none of the four world fashion weeks has passed without her.

Earlier, it was reported that the 19-year-old daughter of supermodel Kate Moss in a “naked” dress outshone her mother on the red carpet of the annual ball of the Met Gala Costume Institute. Supermodel Kate Moss and her 19-year-old daughter Lila were spotted last night at the Metropolitan Museum of Art in New York. Both appeared on the red carpet in Burberry outfits. Kate Moss wore a velvet trench dress with satin lapels, which was complemented by earrings with a necklace, a clutch, and high-heeled sandals. The supermodel posed elegantly, dropping her dress off her shoulders and hiding her hands in her pockets. Stylists curled her hair into curls, and makeup artists gave her makeup with arrows and red lipstick.