See Madonna and Guy Ritchie's son posing with his sister at an exhibition of his paintings - yuetu.info 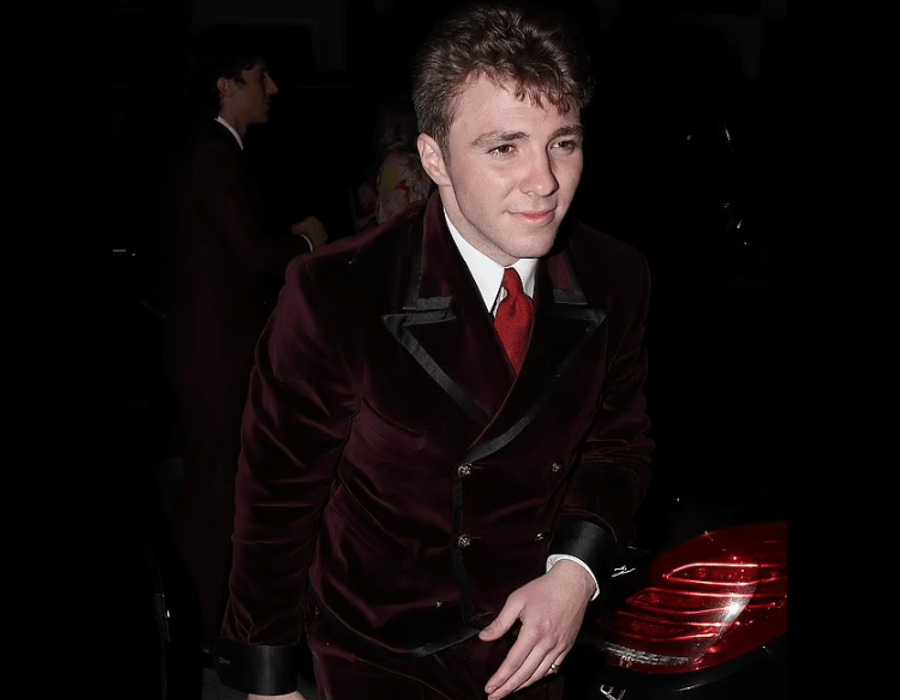 See Madonna and Guy Ritchie’s son posing with his sister at an exhibition of his paintings. Rocco Ritchie is a successful artist with the pseudonym Rhed.

The 21-year-old aspiring artist once again showed his commitment to retro style by choosing a burgundy velvet suit with a white shirt and red tie for the party, complementing the look with a pair of black suede moccasins.

The 21-year-old son of Madonna and British director Guy Ritchie surprisingly resembles 1950s Hollywood star James Dean in these photos. Jeans, a simple white T-shirt, a fluffy curly forelock – the style icon of the rockabilly era. It is noticeable that Rocco Richie is following the figure and regularly visits the gym to be in shape.

The eldest daughter of Madonna, 25-year-old Lourdes Leon, arrived at the gallery to support her brother, immediately posting stories with Rocky on social networks with the comment: “My brother is f**king fabulous” (“My brother is just amazing”). Lourdes looked remarkably modest in a black fur-trimmed cardigan and designer sunglasses.

Unlike his sister and his star mother, Rocco never sought to shock the public, somehow quietly learned to be an expressionist artist at Central Saint Martins and the Royal School of Drawing and became predictably in demand on the art market. Since 2018, he has had three exhibitions at the Tanya Baxter Contemporary Gallery in Chelsea, performing under the pseudonym Rhed.

In March, Madonna, beaming with pride, posted a photo on social media for the first time in front of her son’s work, linking to his creative account @maisonrhed.