See how amazing Anne Hathaway looks on the set of her new project - yuetu.info 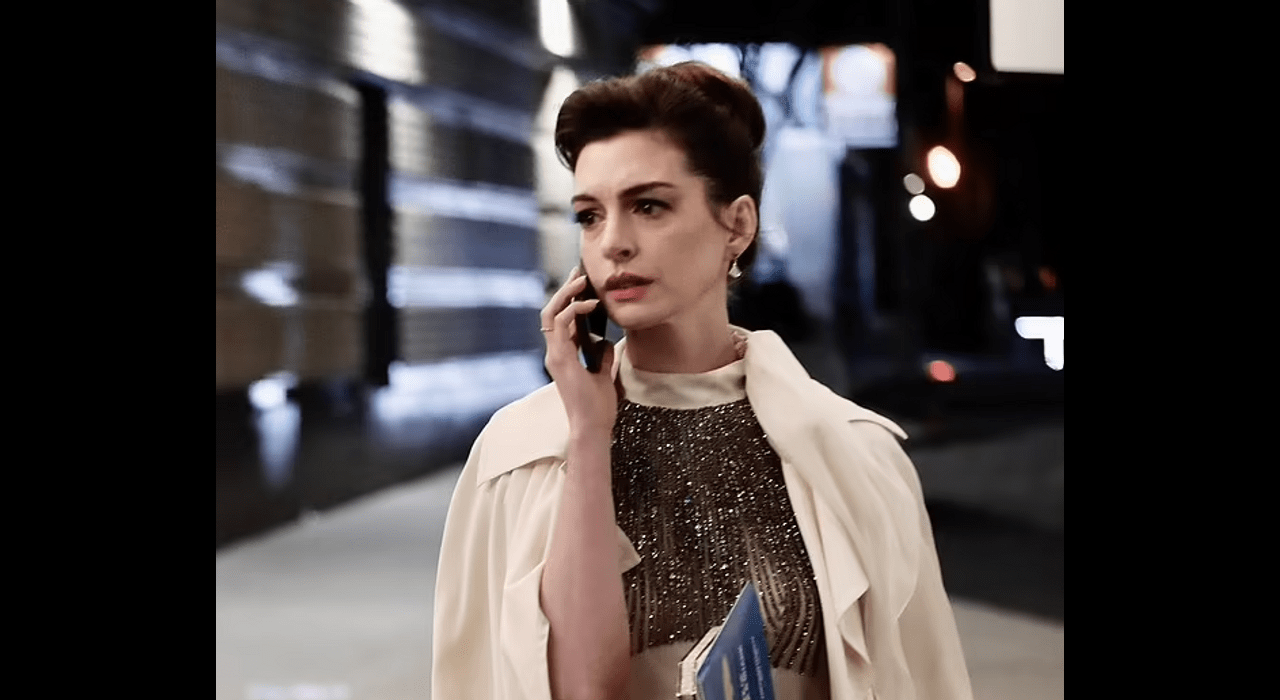 See how amazing Anne Hathaway looks on the set of her new project.

The American actress stars in Rebecca Miller’s romantic comedy She Came to Me. Here are the new footage from the shoot

Filming is currently underway in New York for the new rom-com. She Came to Me, starring Matthew Broderick, Marisa Tomei, and Anne Hathaway. The paparazzi were able to take some shots while preparing to shoot the scene in which the Oscar winner appeared in a surprisingly feminine outfit.

The actress tried on a flowing beige maxi dress, embroidered with shining beads in the neckline, over which a light trench coat was thrown over to match.

Classic makeup with scarlet lipstick and a restrained bun hairstyle completed the elegant look. An interesting fact about the film “She Came to Me”: the music for it was written by two-time Oscar winner Alexandre Desplat (“The Grand Budapest Hotel,” “The Shape of Water”).

According to Deadline, the film features a musician who suffers from writer’s block, “rediscovering his passion after an adventure’s One Night Stand.”

It also stars: ‘Many talented teenagers who battle to prove to their parents that their youthful passion is something that can prevail forever and a woman who seems to have it all For which love reaches the most unexpected places.

Anne is ready to play the role of Patricia in Motion Picture, although the details of her role are currently unknown.

She will co-star with Peter Dinklage, Marisa Tomei, and Brian d’Arcy James, along with award-winning musician Alexandre Desplat.