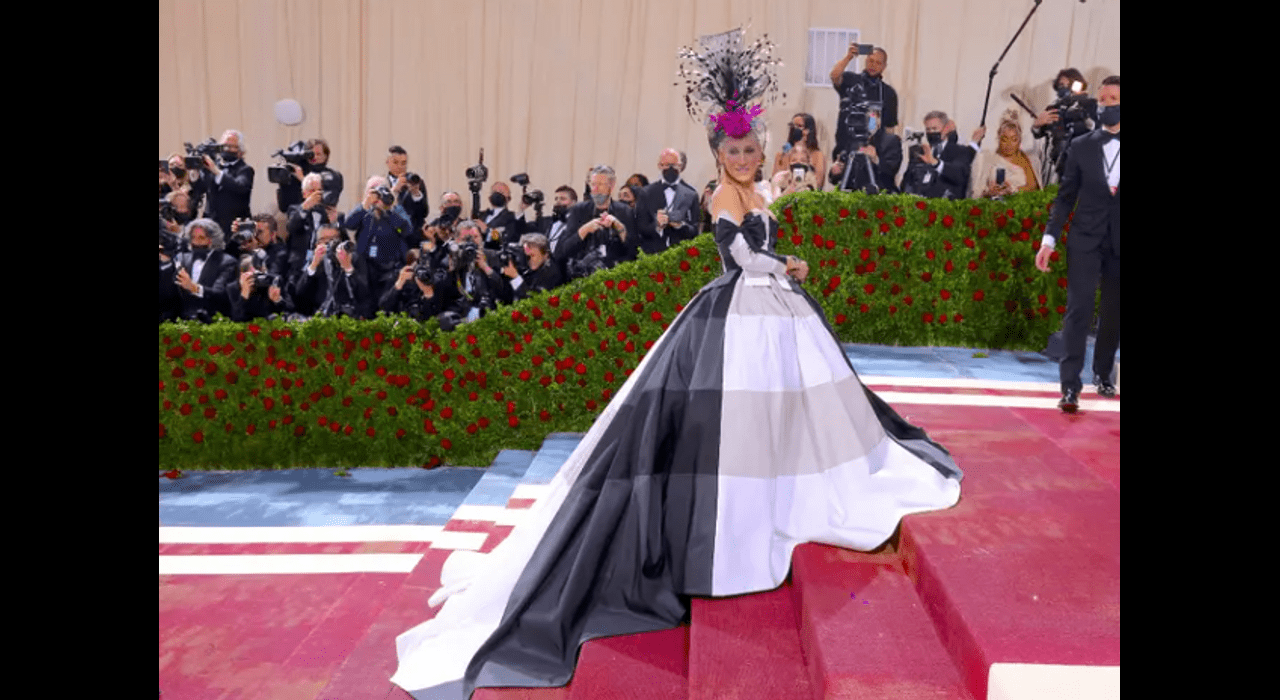 At this year’s Met Gala, actress Sarah Jessica Parker wore a remake of Elizabeth Hobbs Keckley of the dress of the first black fashion designer in the White House. Stars stepped on the red carpet to keep the evening’s theme, “In America: An Anthology of Fashion.” The guests were to honor “the tenets of American style and celebrate the unsung heroes of American design.”. The dress code for this evening was “gilded glamour.”

The American Museum of Natural History claims that the term, coined by Mark Twain and Charles Dudley Warner in their 1873 book The Gilded Age: A Tale of the Present Day, was an ironic commentary on the difference between a true golden age and their current time, a period of great prosperity in the United States, which created a class of super-rich. This new social elite bought golden luxury items that declared their wealth and status in society.

For her attendance at the ball, Parker collaborated with fashion designer Christopher John Rogers on a remarkable and elaborate gown designed in honor of Elizabeth Hobbs Keckley. Keckley was born into a family of slaves in Virginia and bought her freedom in 1855. Five years later, she moved to Washington, D.C., and later received a position as dressmaker to First Lady Mary Todd Lincoln during the administration of President Abraham Lincoln. Keckley also created dresses for other Washington socialites.

Sarah Jessica Parker and Rogers decided to recreate one of Keckley’s signature drawings that she made in the 1860s, although the Gilded Age formally began closer to 1870. “It was a cape, and under it was a black and white plaid dress. This was the starting point for us,” explained the designer. Next, Rogers created a black and white fitted top and ball gown with train using silk, moire, taffeta, and Swarovski crystal buttons. “We did not make a cape but turned it into a top, focusing on the neckline. Instead of doing a lot of embroideries, we also kept the outfit simple but opted for luxe fabrics,” shared Christopher.