Rihanna, who is about to give birth, continues to go out, surprising the audience with outrageous outfits - yuetu.info 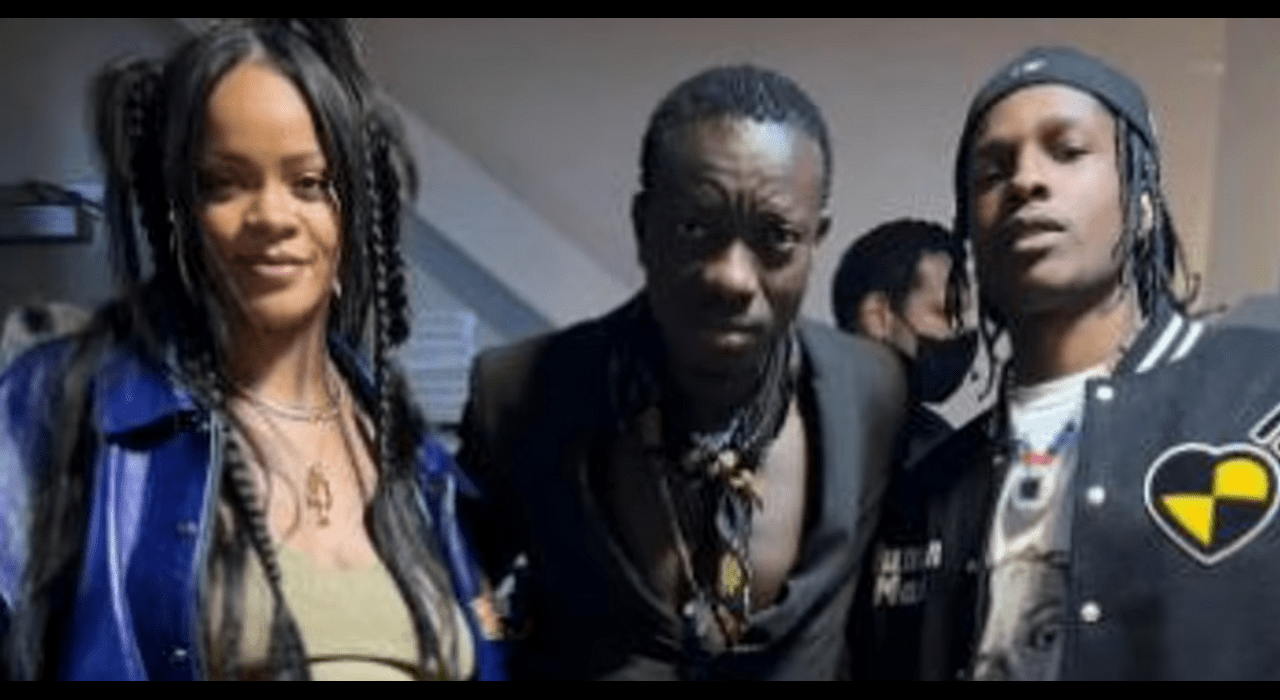 Rihanna, who is about to give birth, continues to go out, surprising the audience with outrageous outfits. Barbadian pop diva visited a comedy show with the father of her unborn child.

Popular comedian Michael Blackson posted a group photo on social networks in which he is depicted in the company of a deeply pregnant Rihanna and her boyfriend A$AP Rocky. According to tabloids, the couple arranged a date with an entrance to the Hollywood Bowl on the show of famous comedian Dave Chappelle.

“Assumed I was going to have to go into labor last night backstage at the Hollywood Bowl,” Blackson joked in the photo caption, alluding to Rihanna’s apparently due date.

The 34-year-old pop diva chose an outfit that was rather modest by her standards for the evening: a flared denim skirt, a khaki bra, and a bright blue leather jacket, still unbuttoned, so that everyone could see the solid size of her belly. A$AP Rocky, 33, wore a black varsity jacket over a white T-shirt, jeans, sneakers, and a baseball cap.

Earlier, Rihanna’s boyfriend and father of her unborn child, A$AP Rocky, were arrested after returning to California from a vacation on Barbados’ singer’s home island. After a romantic vacation with his lover, the rapper returned to Los Angeles on a private jet, and the police were waiting for him at the airport. Law enforcement officials handcuffed the star right in the terminal, following an arrest warrant in a case of assault with a firearm that occurred last year. NBC News reported that Rakim Myers and two of his buddies had an argument with another acquaintance and opened fire in Hollywood last November. Of the several bullets fired from the rapper’s pistol, one wounded the man in the arm, and he later sought medical help, as well as a statement to the police. A$AP Rocky’s home has already been searched.