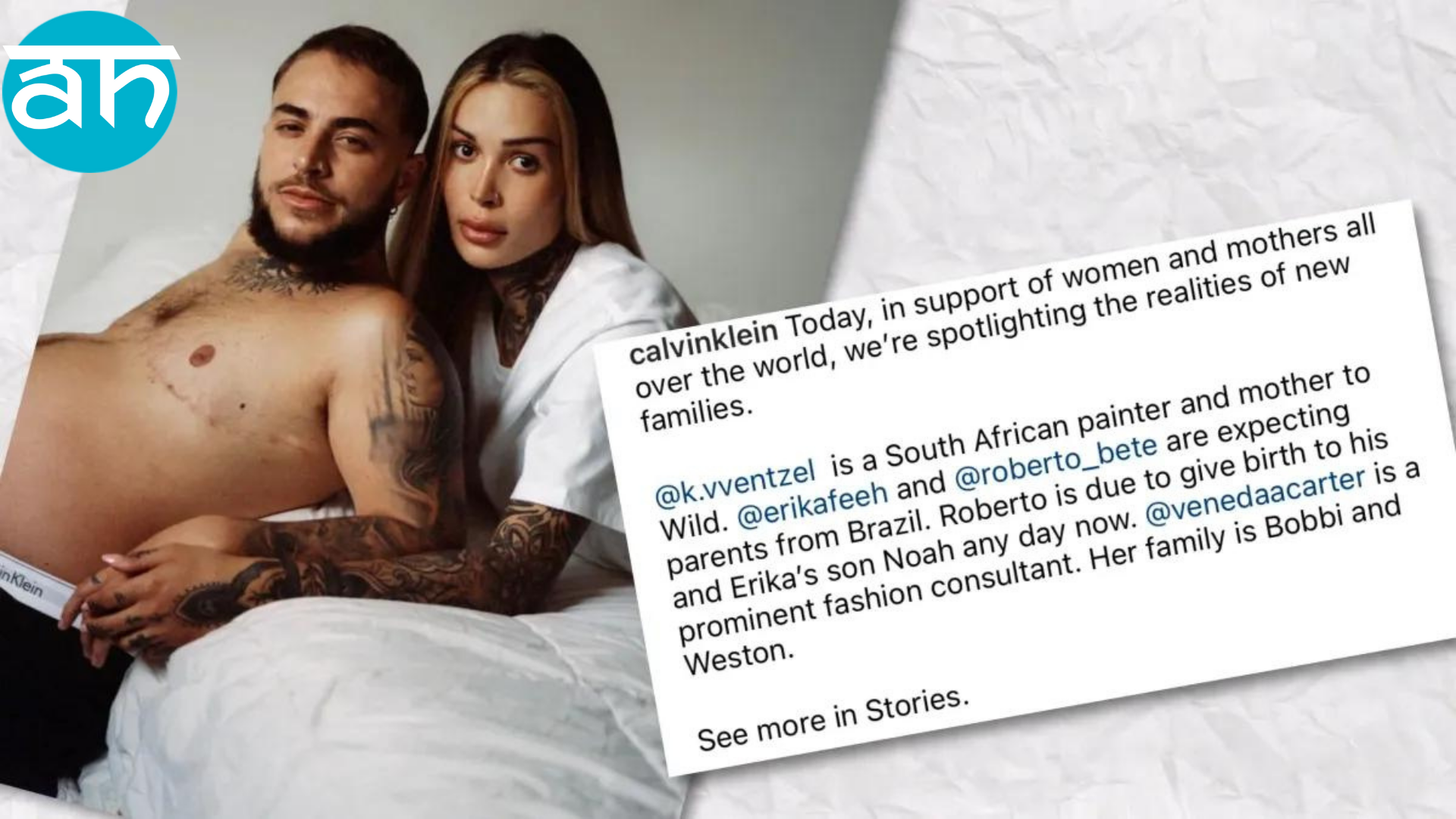 In pursuit of modern realities, global brands go for the most unusual projects. However, not all buyers are ready for unexpected changes, especially when it comes to the most daring decisions. So, on Mother’s Day, Calvin Klein released a new advertising campaign, the heroes of which were Roberto Bete and his wife Erike Fernandez. But the audience met the couple negatively because Roberto is a pregnant trans man, and his wife Erike is a trans woman.

“We could breed biologically or from the heart … Our destiny is to love and be loved,” the company’s slogan read.

Unfortunately, the groundbreaking statement was only praised with the angry hashtag #BoycottCalvinKlein, because, according to the audience, only a biological woman can rightly be considered a mother. As for the representatives of the cult company themselves, they were not able to observe the battles in the comments section for long. SMM specialists have deleted all angry messages.

One user criticized TransFobic users and campaigners for “celebrating family diversity for Mother’s Day.” The tweet read, “This is not a new concept, nor is it a biased reaction.” The man added, “It is shocking that reactionary conservatives have not moved forward in the last 50+ years since Saatchi & Saatchi launched the famous” Pregnant Men “ad promoting contraception.

“We embrace this platform as an inclusive and respectful environment for self-expression. Any hate comments will be removed, and any accounts posting hate speech will be banned. We look forward to continuing the positive dialogue,” the company said.

Be that as it may, Roberto and Erike are happy, especially since the long-awaited baby Noah has already been born. True, the spouse cannot feed the child since he fulfilled his main dream and removed the mammary glands.