On the occasion of the Met Gala, Jared Leto and Alessandro Michele became twins - yuetu.info 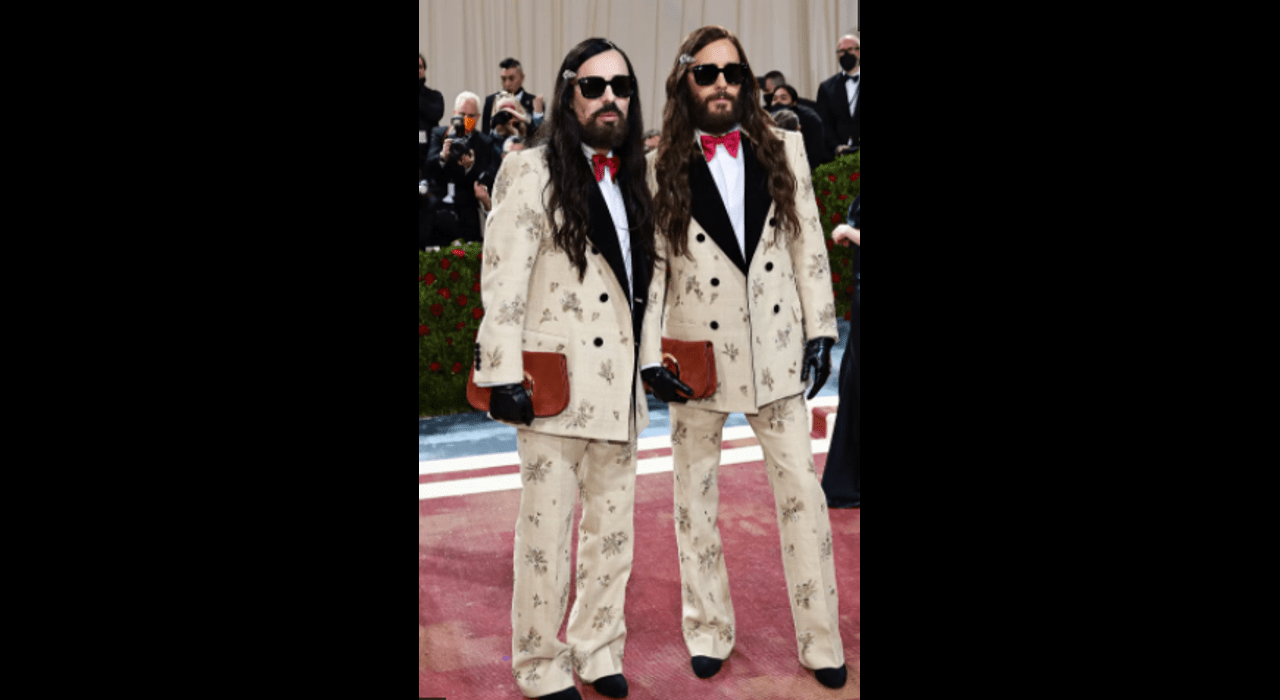 On the occasion of the Met Gala, Jared Leto and Alessandro Michele became twins

When it comes to wanting to make a statement about your style at the Met Gala, the most difficult part is coming up with a look we’ve never seen before. However, Jared Leto has some experience in this matter: who can forget the outfit he wore to the 2019 theme party, holding a wax replica of his own head in his hands?

Therefore, it is quite logical that Leto once again presented one of the most unexpected outfits of the long-awaited evening, taking the stage in the image of the twin Alessandro Michele. His “brother” – a designer, creative director of Gucci, and a close friend of the actor- was nearby. The couple wore cream-colored tuxedos adorned with glittery floral embroidery, cotton white shirts, red satin bow ties, and leather gloves in which they held brown suede clutches. But the best part was their identical hairstyles. Both “brothers” loosened their long hair, and to keep flowing chestnut curls from their faces; they used shiny crystal clips. This isn’t the first time Leto and Michele have been celebrating their (let’s be honest, uncanny) resemblance on the red carpet.

At the 2018 Met Gala, the duo appeared in matching costumes, richly embroidered with gold thread with swirling baroque patterns to reference that year’s theme of Catholicism. In 2019, Michele also posted on social media a snapshot from his summer vacation showing him and Leto in flowered shirts and straw hats picking vegetables in an Italian field.

However, for tonight’s Met Gala, the couple clearly decided to take their fashion alchemy to the next level, and it turned out to be one of the evening’s most enchanting red carpet moments. When host Hamish Bowles asked them how to define their image, they answered simply and succinctly: “Double trouble.”