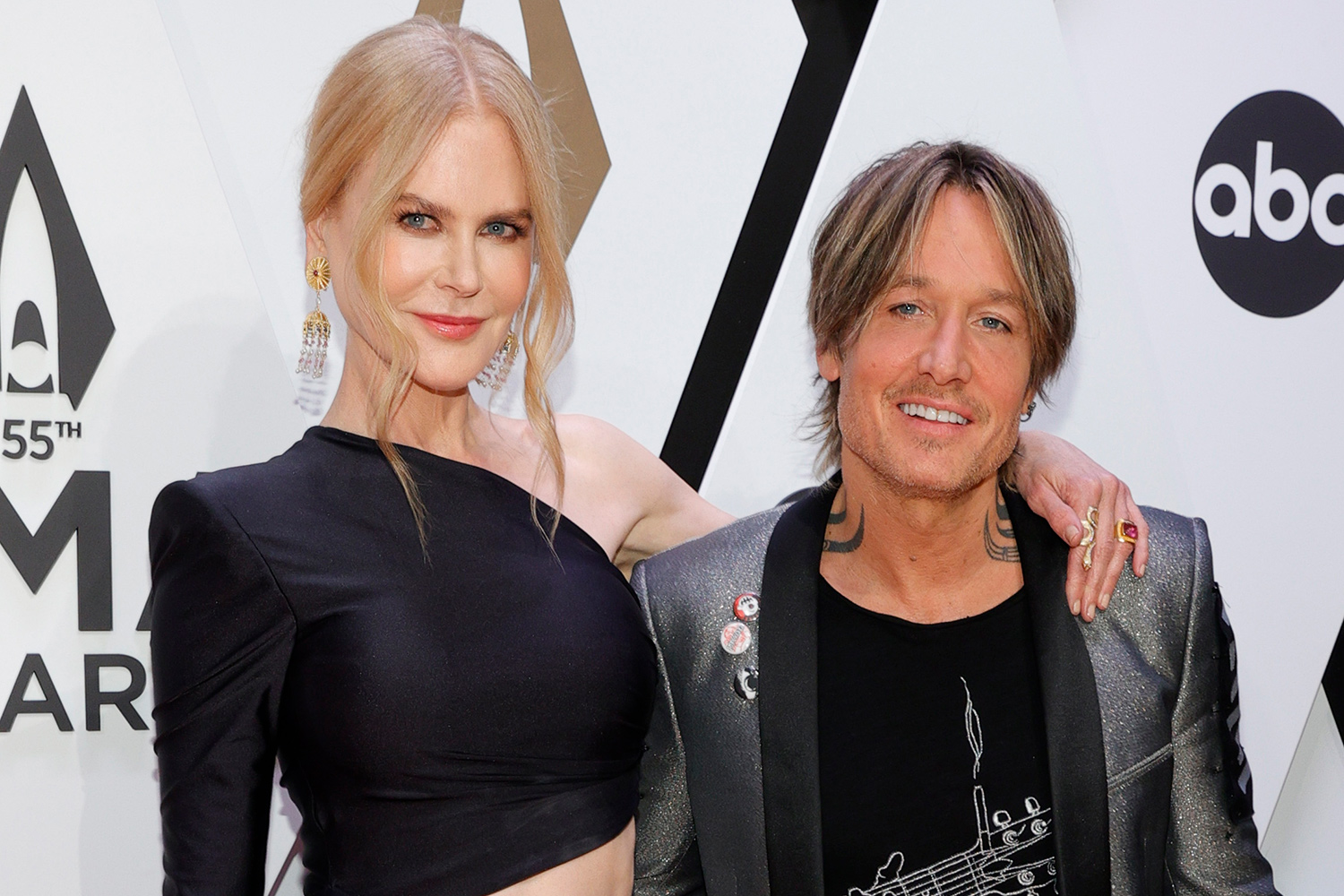 Nicole Kidman and Keith Urban are one of America’ most favorite couple. The actor and singer duo make hearts melt wherever they show up and in a recent sighting they showed some PDA which has fans gushing over their relationship.

While Keith was performing at one of his shows in Las Vegas, his beautiful wife showed up on stage for a surprise appearance.  Fans couldn’t help but cheer at the star studded moment on stage. Things only got more and more adorable from there on out. Keith pretended that Nicole was just another one of his fans that he usually calls up to the stage during the show for an interactive session. Keith asked Nicole what her name was and where she was from. Fans laughed at the adorable play. Nicole played along and said her name was, “Nicole Urban” while Keith pulled her in for a kiss and a warm hug. The audience was undoubtedly delighted at the spectacle.

Nicole went on to say that she came on stage to get his jacket, commenting that Keith left the Jacket on the floor and she was worried about it. Keith explained to the crowd that she had been asking for the jacket since before the show and then rushed to grab the jacket from back stage and give it to Nicole. Nicole left the stage waving to the crowd of screaming fans as Keith said, “Just another Saturday night in Vegas” before continuing to perform.

Nicole Kidman is present in the audience for most of Keith’s shows to show her relentless support for her husband. However, this is the first time that she has ever climbed up on stage during one of Keith’s performance and fans were all for it. They took to twitter afterwards to express their adoration for the beautiful couple.

Nicole Kidman and Keith Urban first met in Australia in 2005 and were quick to get married in 2006. They are parents to two beautiful children named Sunday and Faith. After roughly 16 years of marriage, the romance continues to remain in full swing.