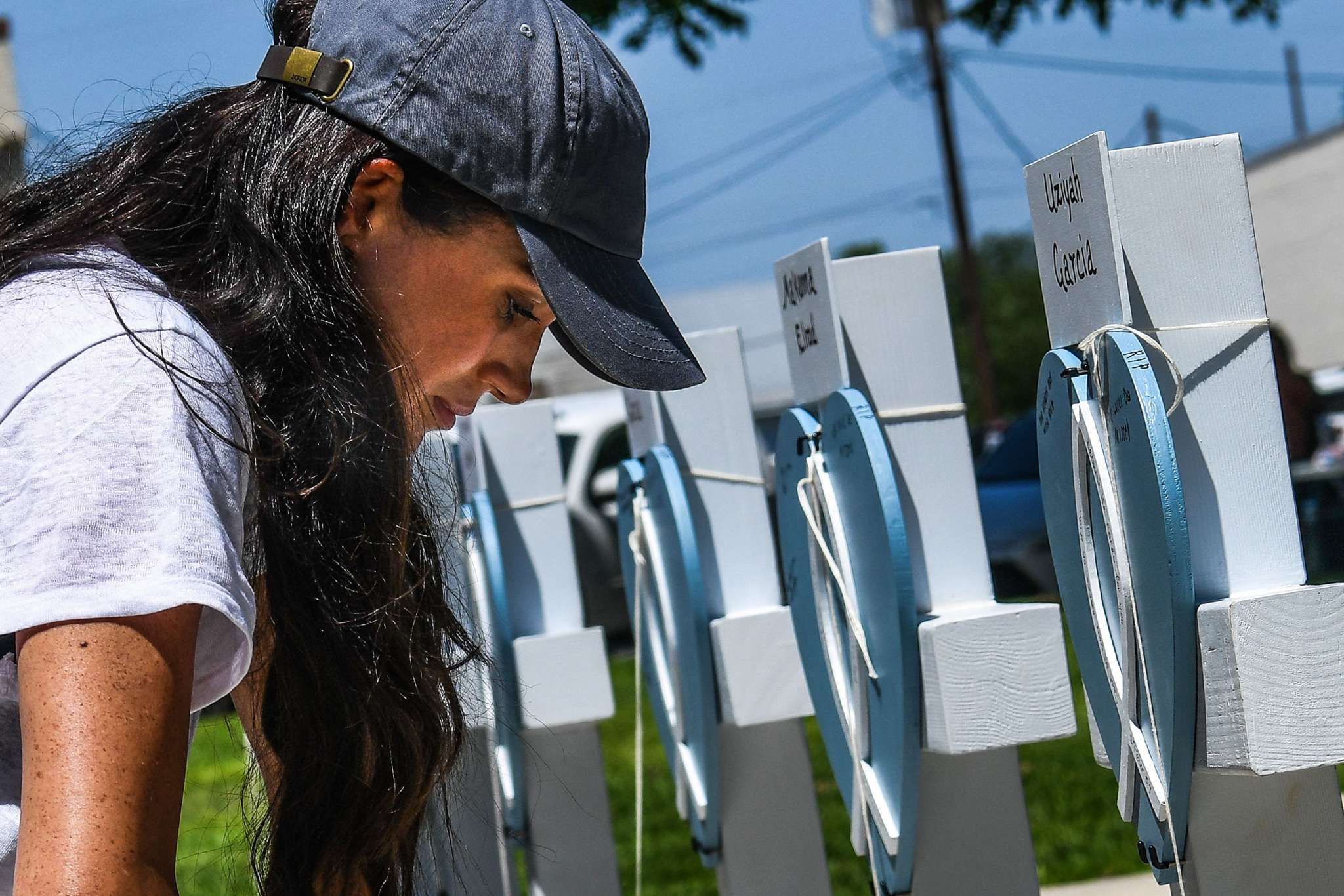 Two days after the school shooting in Uvalde, Texas, Meghan Markle, the Duchess of Sussex, was spotted laying flowers at a memorial set up for the victims in front of the Uvalde County Courthouse.

The news broke out across the country on Tuesday, that a shooting had taken place at the Robb Elementary School in Uvalde, Texas. The shooter was 18-year-old Salvador Ramos. Ramos had just turned 18 a week before the day of the shooting and purchased two AR-15 riffles an 300 rounds of ammunition from a gun store that was located only 3 miles away from his home. This event sparked a wave of outrage from all important public figures.

Jimmy Kimmel took to his show to speak about the issue. Kimmel pointed out a disturbing statistic that there have been 27 incidents of school shootings in America in 2022 alone, and this year is only half done. “How does this make sense to anyone? These are our children,” Kimmel Remarked.

Mathew McConaughey felt compelled to comment on the matter as he was born in Uvalde, Texas. The actor urged Americans to look deeper and not just accept these tragedies. He also went to send prayers towards all the families that suffered in this tragedy: “Words cannot comprehend or heal your loss, but if prayers can provide comfort, we will keep them coming.”

Harry Styles took to Instagram to announce that he will be donating $1 million from his North American tour towards the fight against Gun Violence and the road to better Gun Control.

James Corden in an emotional monologue, expressed his frustration and confusion over the subject remarking that he fails to understand how many more tragedies must occur before people stop accepting them and do something about the matter. “I am constantly shocked by the number of people who must think this is an okay by product to never make meaningful changes to gun laws,” Corden remarked.

Meghan Markle hasn’t provided any comments on the matter as of yet, but as the old saying goes, actions speak louder than words, and her actions reflect solidarity.